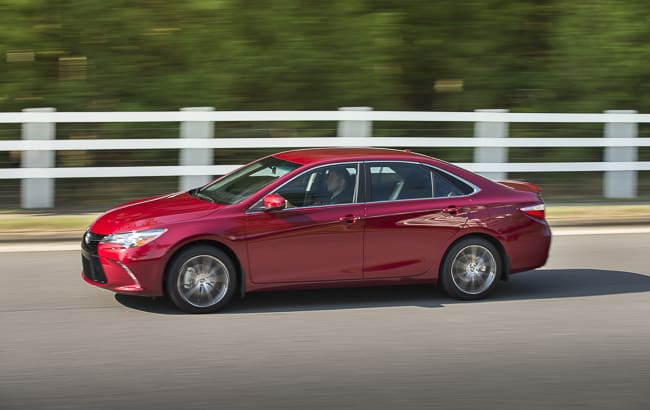 So when, in 1989, Lisa Marie Presley starred in a commercial for the 1990 Cutlass Calais that, among other ads for other Oldsmobiles, proclaimed it “…not your father’s Oldsmobile,” the question came to mind: “How would she know?”

The other problem is, it was.

Oh, sure, it had the Quad-4 engine and slightly more interesting styling, but it continued a long line of uninspiring vehicles that would eventually lead to the brand’s demise, something that was announced, ironically enough, right in the middle of an Oldsmobile press launch.

And then there’s Toyota. Long known for creating generations of Maytag repairmen due to a high level of reliability, many of its cars weren’t known for excitement.

One wag famously got into trouble with a former Toyota PR man years ago for proclaiming the opening of a Toyota cold-weather testing centre in Sudbury, Ont., meant they may have found the only way to make a Camry go fast: drop it down a mine shaft. Another similarly endeared himself when he likened driving the Celica GTS to “eating 12 oysters and finding out only the 12th one worked.”

So when Akio Toyoda, president of Toyota Motor Corp., decreed the company was to start building cars with passion, with excitement, images of Lisa Marie came to mind.

There would be no better test of Toyoda-san’s proclamation than the Camry, the poster-child of appliance-like automobiles.

The first sign the new Camry would be nothing like the marketing spin of Oldsmobiles of old came when, on a believable schedule, Toyota announced the 2014 New York Auto Show would feature the unveiling of little more than a mid-cycle refresh and an appearance package for the best-selling sedan in North America.

It was a ruse. This was no mid-cycle refresh. It was a full redesign, coming at least two years ahead of what would normally have been the end of a product cycle. Toyota Canada would go on to hold a press launch, complete with hot laps, at Charlotte Motor Speedway. Hitting the high-banked turn at 210 km/h in Denny Hamelin’s NASCAR-ready stock car is one thing. Hitting it in a stock Toyota Camry? Quite another.

A revised MacPherson strut suspension in front and dual-link MacPherson setup in back, combined with additional welds and high-strength steel to improve dramatically the chassis rigidity, is all immediately obvious when you toss the Camry into a corner. Chassis rigidity is key to handling, as a stiffer chassis is better able to keep all the wheels pointing in the right direction despite inertia and despite bumps and dips.

The engine bay carries on with a choice of a 2.5-litre four, a 3.5-litre V-6 or a Hybrid Synergy Drive gas-electric combination. The gas engines are mated to a six-speed automatic while the hybrid gets a continuously variable, planetary gearset transmission. The test vehicle was the XSE, with the four-pot engine.

Some explanation is in order: to cater to both sporty and luxury buyers, Camry is divided down SE (sport) and LE (luxury) lines. So there’s the SE and the more loaded XSE on the sporty side and LE and XLE on the luxury side. On the models ending in SE, buyers get a sport-tuned suspension. It’s tighter for improved handling but LE buyers might find it rough, so LE gets a less-aggressive suspension tuning.

Having just had five months in a Hyundai Sonata four-cylinder, I give a slight nod to the Sonata for both power (more torque, more horsepower) and styling, though I like what Toyota has done with the Camry.

The highest content level is arguably the XSE V-6, which ticks off every box on the features list. The XSE four-cylinder isn’t far behind, with navi, satellite radio with Gracenote and album-cover display, heated ultrasuede sport bucket seats,

For most purposes, the 170 pound-feet of torque is more than sufficient. Need to get ahead of the car next to you at a stoplight? You might find it lacking. Many drivers with less aggressive tendencies will find the four-cylinder plenty.

Having just had five months in a Hyundai Sonata four-cylinder, I give a slight nod to the Sonata for both power (more torque, more horsepower) and styling, though I like what Toyota has done with the Camry. It has an aggressive, hunkered-down look at the front and a simple, elegant rear. Along the side, an upturned accent crease toward the bottom of the doors and the accent crease that runs front-to-back at door-handle level combine to avoid the slabby-sided look of previous Camry models.

The interior appears to be a careful balance between arguably the nicest Camry inside ever and being so nice it steals buyers from Toyota’s upmarket brand Lexus’s ES 350. It’s a very well-done interior, but it, for the above reason, doesn’t scream luxury. What does, however, are the heated seats that are standard on the XSE and its luxury sibling XLE. Red accent stitching (real stitching, too) adds a nice detail to the edges of fabric and soft-touch pieces. There’s lots of room for people and stuff, but if you want similar dynamics with a slightly longer wheelbase and increased leg room, there’s the new Toyota Avalon.

Like the Corolla before it and the new stable of Lexus products, including the RC 350, NX 200t and even the once-somnolent ES 350, the new Camry is proof that not only did Toyoda-san mean what he said, his troops took heed. 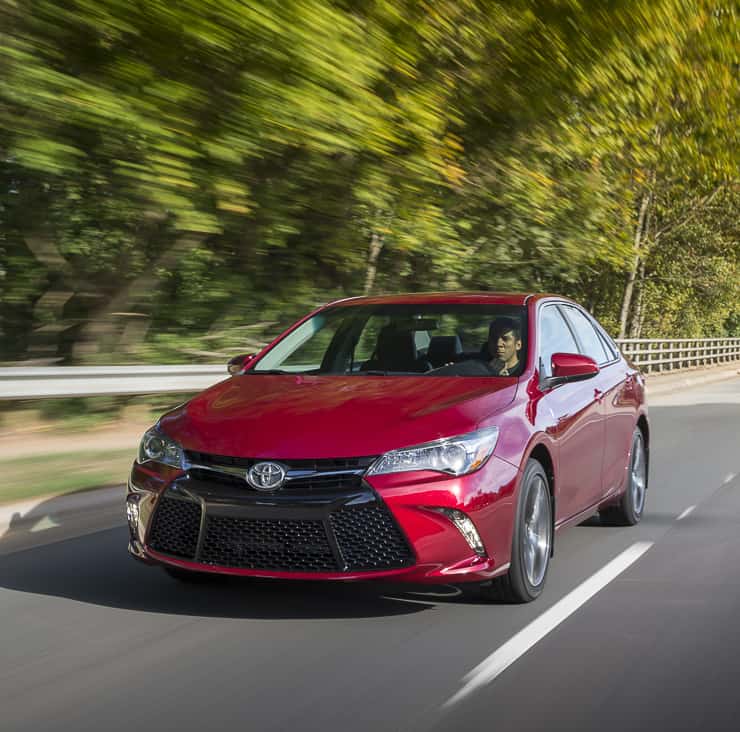 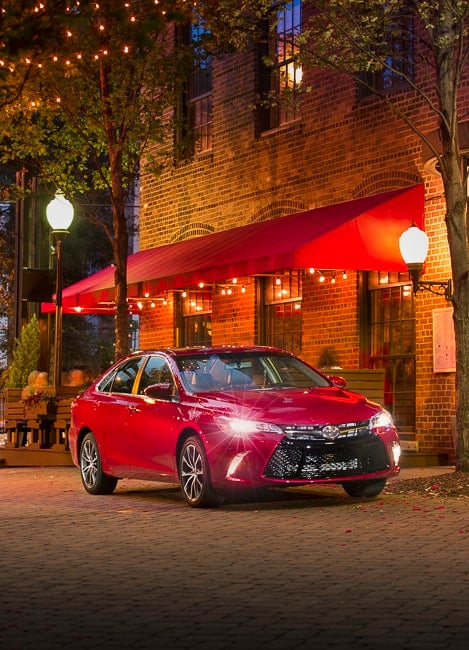 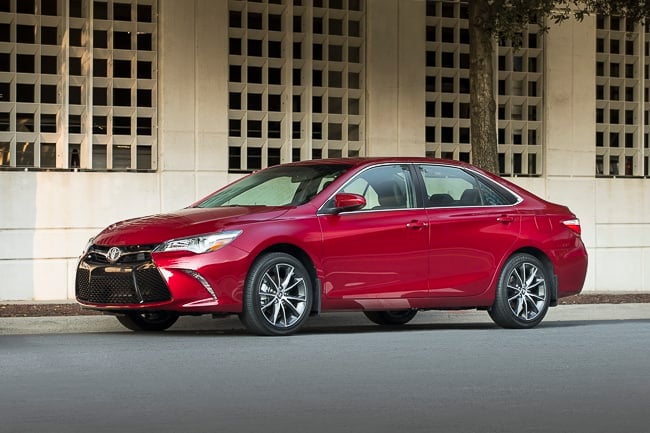 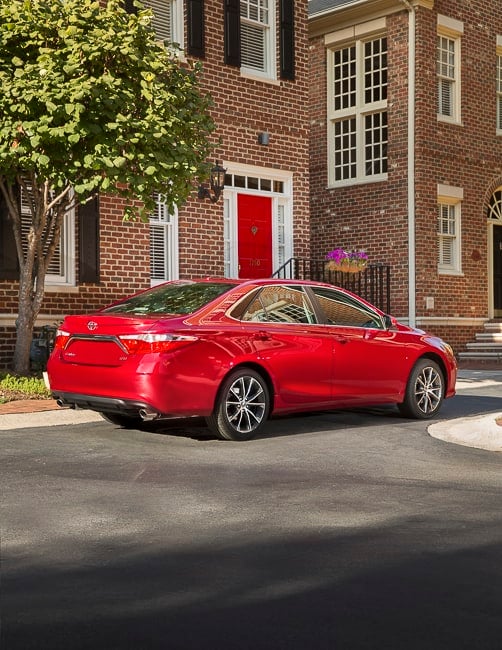 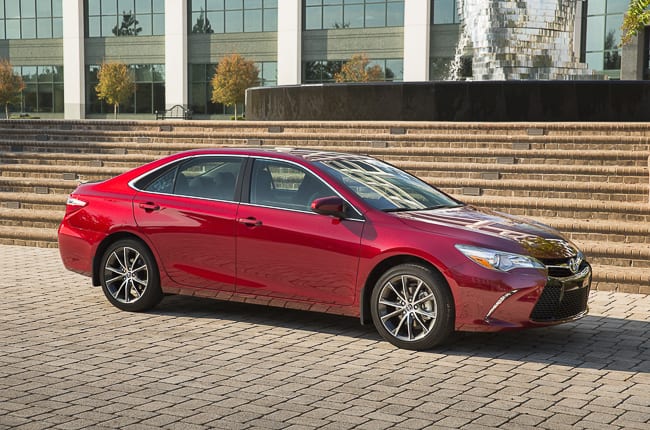 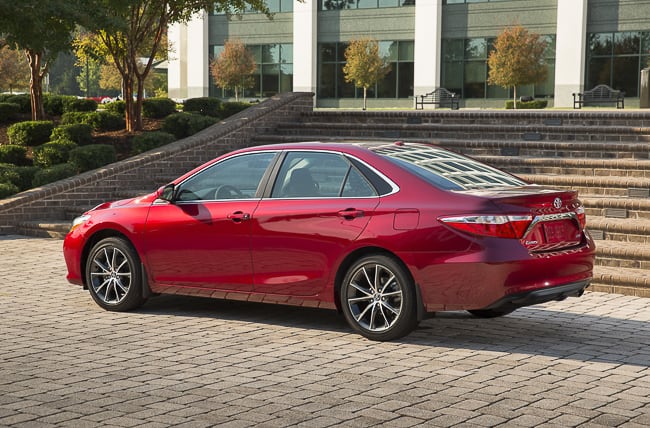 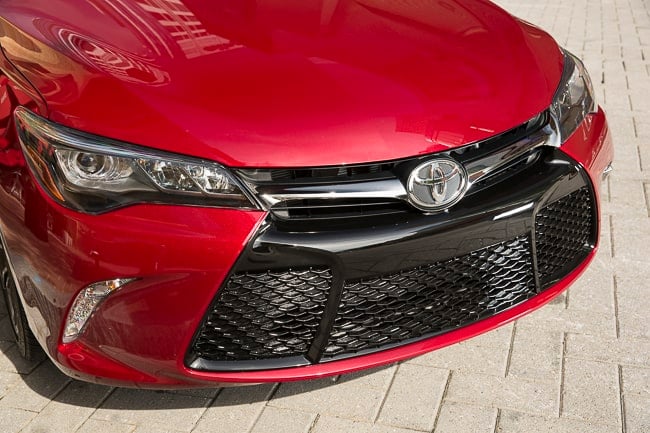 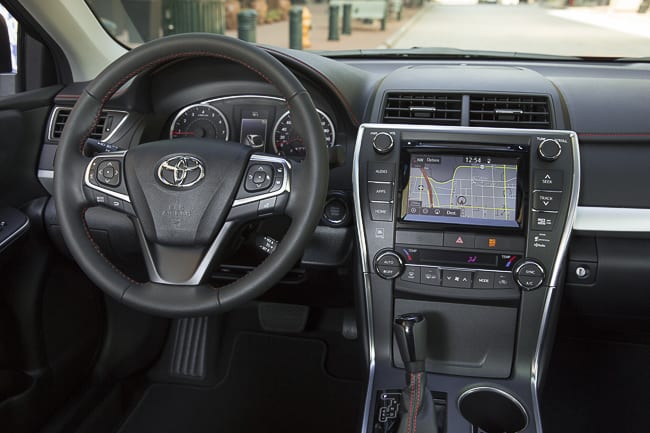 Kelly Taylor
Kelly Taylor has been writing about cars since 2000. His favourite ride has been the Audi R8 from Thunder Bay to Winnipeg, where he nearly traded the car for a Ford Ranger, a Greyhound Bus and the Blue Heron Gift Store in Kenora, Ont.
FILED UNDER:
New CarsCar ReviewsSedan ReviewsToyotaToyota ReviewsToyota Camry Reviews

Kia ramps up its stylish compact 4-door with a new sporty GT model putting down 201-hp from a new 1.6L turbo engine. Not quite a Stinger, but getting close.
Read more
Toyota 4Runner

We like the new RAV4’s more substantial appearance, but that look hints at a driving character that’s less refined than the outgoing model.
Read more
Toyota