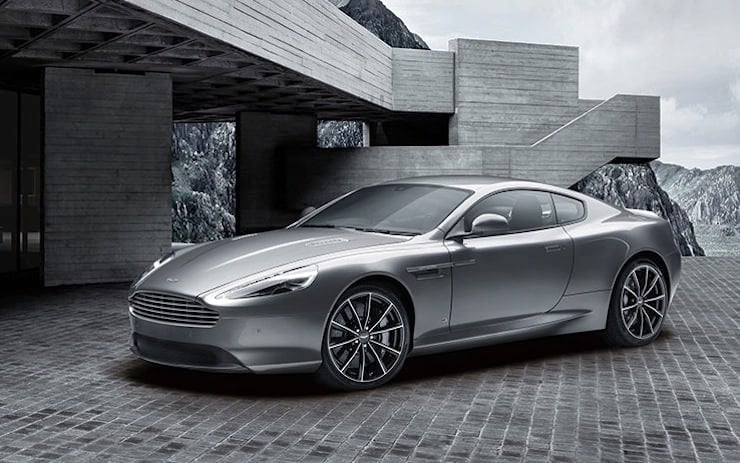 The Aston Martin brand and 007 have become synonymous for over half a century. The Aston Martin DB9 GT Bond Edition celebrates this union coinciding with the release of the latest Bond flick, Spectre. Limited to 150 examples worldwide, the highly desirable model is based on the recently launched DB9 GT.

Designed to offer the best of what DB9 can be, the DB9 GT delivers world-class grand touring and hand-built excellence. And we’re sure Mr. Bond would take this DB9 GT excellence to totally new heights – with a parachute…exiting a Russian cargo plane.

A modern Aston Martin James Bond would approve of, we’re sure

The exterior colour is the Spectre Silver with sterling silver Aston Martin badges both front and rear including inconspicuous 007 Bond Edition exterior badging. Amee Reehalhttp://www.ameereehal.com/
Shooting cars professionally since film was a thing, Amee's work has appeared in various outlets including NBC Sports, Chicago Tribune, SuperStreet, GlobeDrive, MotorTrend, and others. He's the managing editor & founder of TractionLife.com. Find him travelling, spending time with his kids and family. Or golfing, poorly.
FILED UNDER:
Featured