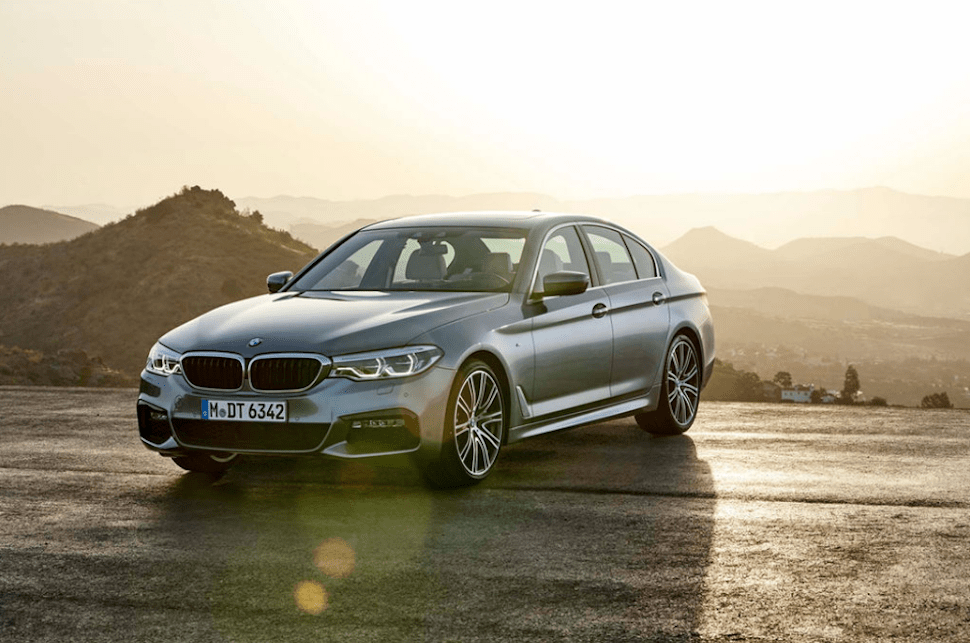 We review the 2017 BMW 540i and conclude this mid-range model is closer to luxury cruiser than a true sport sedan. But we’re not complaining.

Most of the world’s automakers are confident they’ll have autonomous driving technology ready for prime time by the year 2020. Whether the world’s drivers and roadway infrastructure will be ready is another question (and a topic for a different article), but you know the trend is getting serious when even BMW — remember their Ultimate Driving Machine slogan? — acknowledges that the appetite for sport sedans just isn’t what it used to be.

Also check out: Everything BMW 5 Series

That philosophic shift is evident in the seventh-generation 5 Series, the latest version of a mid-sized car that marks a notable turn toward luxury and technology and away from the driver-centered cars upon which it built its reputation.

That seems an inevitability, given near-daily headlines about self-driving cars, and many of the new 5 Series’ features are certainly geared toward a future of vehicular autonomy. But there are a few nods to the fact that BMW knows some drivers still enjoy taking charge of their automobile.

The proof is in the inclusion of features that make the 5 Series’ new tech easier to use. That tells us BMW wants people to be able to concentrate more on driving the car, rather than just using it as a means of transportation. Among those features is gesture control, which trickles down from the larger 7 Series and allows the use of hand motions to do things like answer phone calls and adjust the stereo volume. Also included here is the latest version of BMW’s iDrive infotainment system, whose touch-sensitive screen now behaves like a tablet with the ability to swipe between menu pages.

We found gesture control a novel way to interact with the car, but it doesn’t work perfectly. The car responded most (but not all) of the time to the stereo volume-adjustment gesture; others were more replicable, but the system wouldn’t recognize another gesture described in the car’s user manual at all.

Our tester came with the expected suite of active safety features — many of them optional — that included frontal collision warning with automatic braking, lane departure prevention and adaptive cruise control, among other items. So-equipped, the 5 Series can effectively drive itself for short periods, as can numerous less-expensive cars. But our $90,000 tester’s ace over $30,000 Hondas and Subarus with much of the same active safety equipment is a remote-control parking system that lets you move the car in and out of narrow parking spaces using the key fob.

540i Engine and Power

That’s what it takes to compete in the luxury car classes now. It isn’t enough just to talk about the company’s sweet straight-six engines, like the 3.0L turbocharged one making 335 hp and 332 lb-ft of torque in our 540i test car.

It’s hard to be impressed these days by any car that doesn’t boast at least 400 hp on paper, but the 540i wowed us with standing-start thrust more potent than we expected, given that ordinary-sounding torque figure. We can’t imagine needing, much less wanting, the 455 hp and 480 lb-ft of torque offered by the V8-powered 550i. And with all 5 Series now standard with BMW’s xDrive AWD system, wheelspin at launch is nil; it’s all thrust, all the time.

It makes us wonder if BMW is conservative in its power ratings for this engine, but without evidence to support that idea, we’ll chalk it up to peak torque coming available just above idle, along with BMW’s efforts at weight reduction: it claims to have cut 100 kg from the car’s mass by making the car’s roof, hood, trunk lid and a few structural elements out of aluminum.

But no one buys a luxury sedan just to smell nice or get automatic collision avoidance. Whether you’re buying a basic 5 Series at just over $60,000 CAD or a loaded-up version like ours, you want the kind of comfort and driving experience that has always set a car like the 5 Series apart from less-expensive sedans.

Buttons next to the shift lever toggle the 5 Series’ drive modes: normal, eco, sport and sport-plus. The normal setting’s relaxed throttle response is great in city driving, but sport gave us the responsiveness we preferred in spirited highway driving. Those settings also work on BMW’s adaptive dynamic suspension, firming things up in the sport modes and defaulting to a cushy, compliant setting in normal and eco.

That high-tech suspension also includes active sway bars that limit body roll in corners and contribute to a chassis that inspires lots of confidence in enthusiastic cornering.

Ultimately, most of the 5 Series’ new technology aims to improve the experience for those in the cabin, and that’s without mentioning the key elements of the cabin itself. A highlight for us were front seats with ventilation and a massage function, the latter of which won over everyone who rode shotgun. These multi-adjustable seats are a bit of a learning curve, with what feels like a vast selection of controls, but these are touch-sensitive buttons whose purposes are illustrated on the infotainment screen to help you find the adjustment you want.

Cosseting as this interior is, the 5 Series remains focused on those in the front seats: The rear bench is comfortable, but not exceptionally spacious. But there is more-than-useful space for four adults in here, bolstered by a vast trunk. As we alluded to above, while the 5 Series is loaded with tech, there’s a lot here you can get in less-expensive cars and for which you will pay extra over the 540i’s $69,000 CAD starting price. The information BMW gave us about our tester lists all the advanced safety kit as part of a $1,900 driving assistance package, and suggests that without a $6,500 enhanced premium package, the car would not include passive keyless entry.

Other more rarified options in our $90,000 CAD tester were soft-close doors, adaptive LED headlights and a climate control system that fragrances the air with your choice of scents.

But no one buys a luxury sedan just to smell nice or get automatic collision avoidance. Whether you’re buying a basic 5 Series at just over $60,000 CAD or a loaded-up version like ours, you want the kind of comfort and driving experience that has always set a car like the 5 Series apart from less-expensive sedans.

If it were our money at play, we’d skip the four-cylinder 530i model and go straight for this 540i, just for its impressively strong six-cylinder. BMW is clearly following industry trends toward autonomous vehicle capability and has consequently edged its mid-range model closer to luxury cruiser from a true sport sedan. Even still, the 540i’s engine alone proves the Bavarian automaker isn’t ready to give up on its reputation as a builder of cars for those who still think of driving as fun, rather than just a way of getting from place to place.

Learn more about the BMW 540i 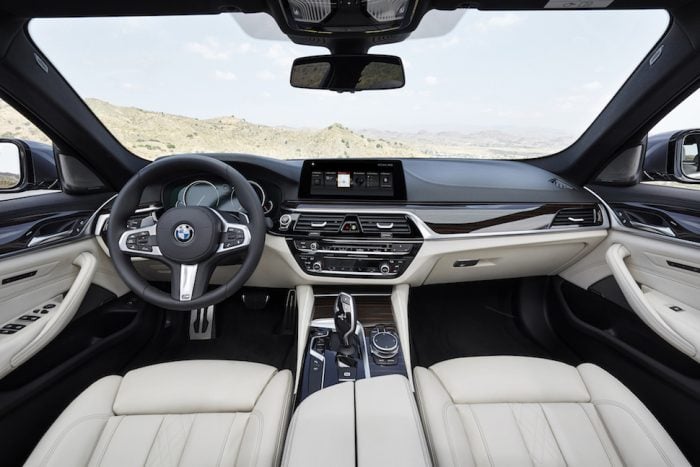 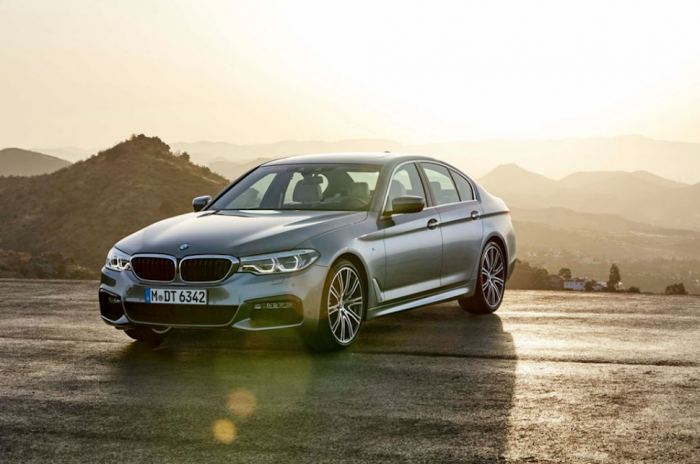 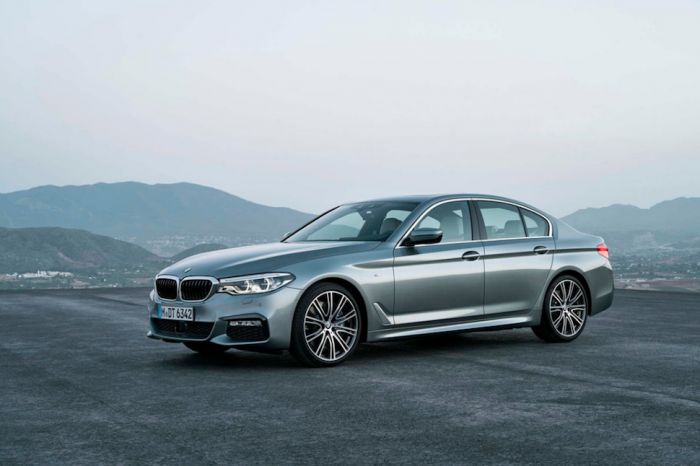 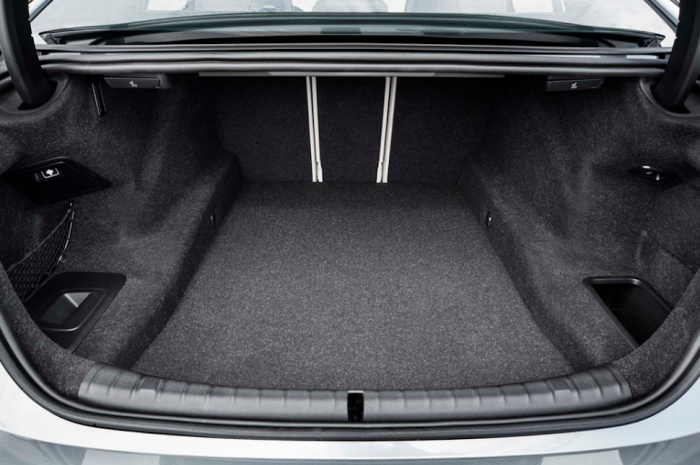 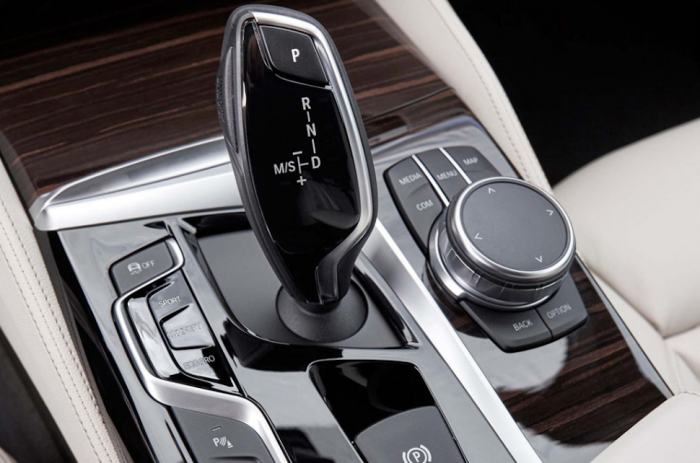 Chris Chasehttps://chrischasescars.com/
Chris has been writing professionally about cars since 2004, in print and online. He lives in Ottawa with his wife and two feline tyrants. In rare quiet moments, he can be found travelling or playing one of his way-too-many guitars. Chris is also a journalist member of the Automobile Journalists Association of Canada (AJAC).
FILED UNDER:
BMWBMW 5 SeriesCar ReviewsBMW ReviewsNew CarsSedan Reviews
Previous articleIcon – the official book for Land Rover Defender Fans
Next articleThis 2017 Infiniti Q60S is the fastest, most powerful model of the Infiniti range