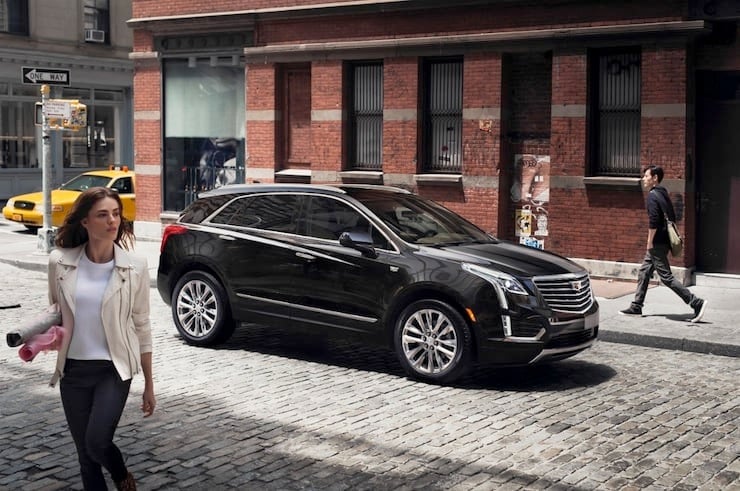 Replacing the SRX – Cadillac’s best-selling product line worldwide – the all-new 2017 Cadillac XT5 will debut at venues around the world in partnership with acclaimed fashion designers Public School. The show in Dubai will mark Public School’s first international runway show, showcasing the pre-fall collection that will be available in 2016. Public School grows its global footprint through the partnership with Cadillac: the curated collection will be revealed as part of the runway show in Dubai on the eve of the Dubai Motor Show.

At first glance, the 2017 Cadillac XT5 doesn’t look to dissimilar to the outgoing SRX luxury crossover. As more details are released, we should have a better idea of what makes the new XT5 different and how the new model, if at all, will be repositioned in the global marketplace. Nevertheless, as the utility market continues to grow worldwide, Cadillac continues to lead the segment with luxury crossover and SUV offerings.

Cadillac states the new XT5 will be the cornerstone of a new series of Cadillac crossovers, all bearing the “XT” designation, with number indicating relative size and position. Cadillac knows how to go big. The next-generation 2021 Escalade will offer the biggest screen of any major automaker with this curved OLED display screen.
Read more
Honda

Cadillac wants to change car buying for the digital world and it's about time. Cadillac Live is a first-to-market, personalized one-on-one shopping service.
Read more

2018 Nissan Kicks Crossover Finally Comes to North America at Under...

Mercedes-Benz Top Money-Maker SUV Gets a Refresh for 2020