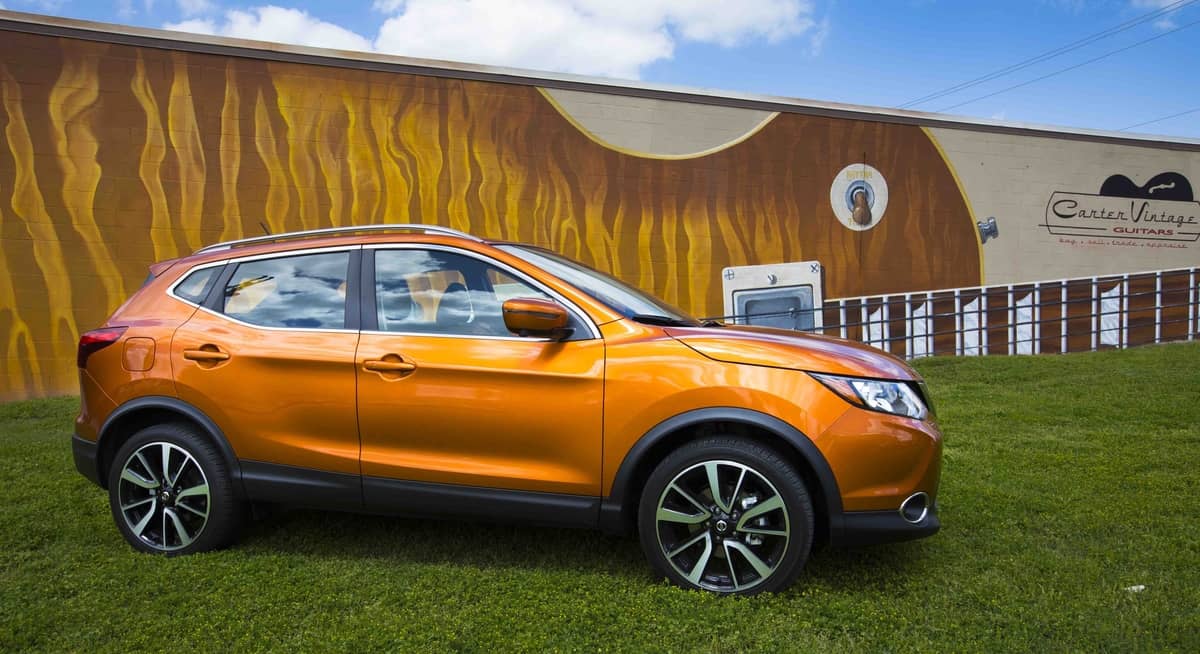 Seattle, Washington – The Nissan Qashqai (pronounced ‘Kash-kai’) almost single-handedly transformed Nissan’s fortunes in Europe when the first-generation model was launched 11 years ago – and spawned a rash of competitors as manufacturers embraced the shift in consumer preference from traditional small family hatchbacks like the VW Golf and Ford Focus, to high-riding compact and subcompact crossovers.

Now in its second generation, Nissan’s trendsetting model has arrived in North America, billed as a spacious alternative to compact sedans. It’s badged Qashqai in Canada but Rogue Sport in the US – explicitly making the link with its foot-longer, big-selling sibling. We got behind the wheel of a top-of-the-line SL model in Washington to see how it shapes up Stateside.

The subcompact Rogue Sport is a small vehicle by North American standards – not Juke-small, but you won’t struggle to get in and out in a tight parking lot. The look is contemporary Nissan, with scalloped sides and a window line that kinks upwards at the rear, but that doesn’t compromise good visibility of the road around you. Sharp-looking, 19-inch black and silver alloy wheels with low-profile tires fill the arches on the SL grade. They also generate a lot of road noise on anything other than the smoothest of pavement – fortunately the only way in which this Road Sport wasn’t good on the highway.

The Rogue Sport’s cabin manages to be compact without feeling tight, with the exception of the limited space to rest a big left foot. During our test, the car swallowed a family of four and their luggage for a week’s touring, which suggests it’ll be plenty big enough for Nissan’s US target audience of young, urban singles and couples.

There were no complaints about the legroom on long runs and the luggage space is pretty good for a vehicle of this size, with useful underfloor storage and the option to fold the rear seat flat if you need to accommodate bulky loads. Good (power) seat and steering wheel adjustment (for reach and rake) makes it easy to get comfortable. There are no nasty surprises in the basic driving controls, buttons and switches. For a base price of US$27,420 the SL-grade Rogue Sport’s standard equipment includes leather seats, dual-zone climate control, heated front seats and a navigation system on the 7-inch touchscreen. We found the nav’s interface a little cumbersome to use.

This is an agile, European-feeling car with responsive controls and tight body control, meaning that both heave (vertical motions) and roll (side to side) are well suppressed.

Our test car also featured the $2,280 SL Premium Package, which adds a powered glass moonroof, LED headlamps and some driver-assistance systems, plus the $570 Platinum Package, which brings more drive-assistance tech in the form of intelligent cruise control, lane departure warning and prevention and forward emergency braking with pedestrian detection. None of the systems we tried was intrusive in its operation.

Automated emergency braking will be standard on all Rogue Sports for model year 2018. The three-model range currently starts with the S model at US$21,420. Nissan’s Technical Center Europe in the UK played a key role in the development of the Qashqai and it shines through in the way the Rogue Sport drives, even allowing for a new suspension tune for the North American market.

This is an agile, European-feeling car with responsive controls and tight body control, meaning that both heave (vertical motions) and roll (side to side) are well suppressed. Full disclosure: I’m a Brit and I like cars that don’t wallow around, but I’m pretty sure most drivers and passengers will find the suspension setup appealing.

At speed over broken asphalt, not even those big rims can spoil decent ride comfort from the all-independent suspension. There’s no harshness or other irritating vibrations from the road surface. The compact Rogue Sport is easy to maneuver around town but really excelled on the European-style roads of Washington’s Olympic National Park, which are at times narrow, winding and strongly cambered. All that was missing for a really engaging driving experience was a manual gearbox to really work the 2-liter, 141-horsepower motor that’s standard across the range; instead, all grades come with a CVT transmission that does at least feature a manual shift mode.

The subcompact Rogue Sport is a small vehicle by North American standards – not Juke-small, but you won’t struggle to get in and out in a tight parking lot.

This test car was fitted with optional AWD, which should provide additional peace of mind in poor weather, but this isn’t an off-roader and we didn’t try it on anything more demanding than a gravel driveway. We matched the EPA’s combined fuel consumption figure of 27mpg; the FWD-only version records slightly better economy.

Our Rogue Sport Takeaway: The Pros and Cons

North American car buyers love their crossovers so the Rogue Sport is already playing to a friendly crowd. Nevertheless, it’s good to report that the car’s many qualities, which have attracted critical plaudits and legions of customers on the other side of the pond, have translated well to their new environment. Nissan will be hoping that the Qashqai’s sales success carries over to its new market, too. 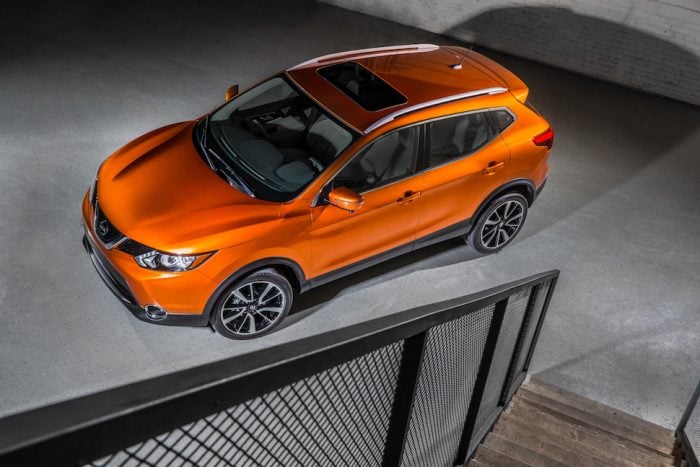