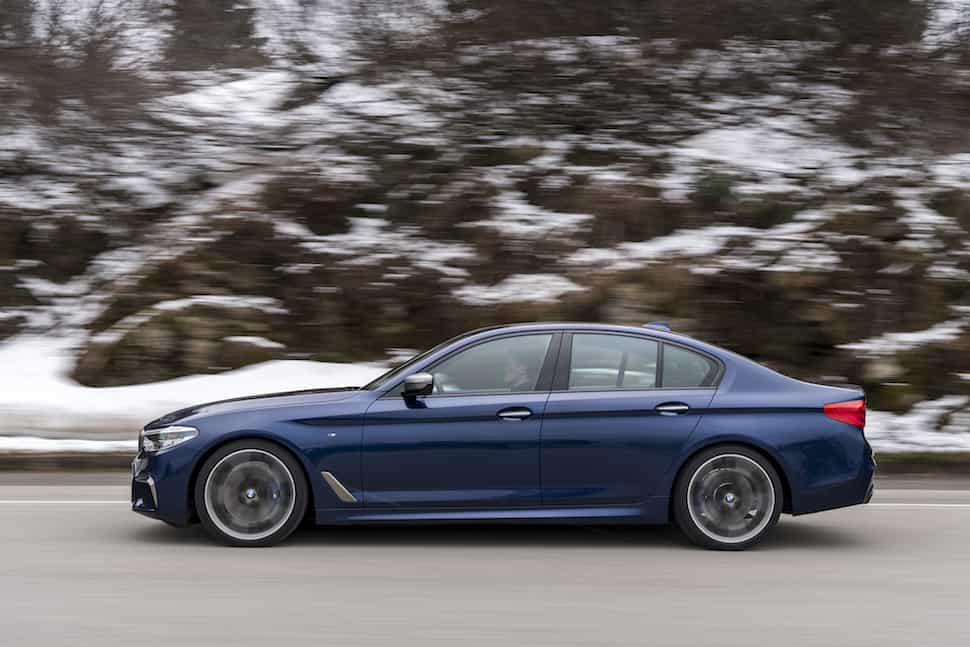 The last decade or so has seen the auto industry clamp down on fuel consumption, with engineers working overtime to make cars more efficient without sacrificing performance.

Many have achieved that goal by developing engines that combine a smaller displacement with turbocharging, a move that has led to some big V8s disappearing in favour of six-cylinder motors with similar potency.

But V8s haven’t gone away entirely, either among cars produced by domestic brands (whose V8s are historically among the world’s best-known) or European models like BMW’s 5 Series.

Instead of ditching V8 power from its mid-size lineup, BMW cranked up the turbo boost on the 4.4-litre engine in the car formerly known as the 550i to create the M550i, which boasts a massive 455 hp and 480 lb-ft of torque. BMW says it’s enough to move this car from 0-100 km/h in four seconds, making it nearly as quick as the previous-generation M5.

We had no accurate way of verifying that, but we do know this: The M550i is fast enough from a stop that you can literally feel your eyeballs being pushed back into your head, a sensation as creepy as it is cool.

The M550i’s engine funnels its combustion by-products through a specially-tuned exhaust that aurally emphasizes this car’s performance credentials. Powering through a highway on-ramp gives one a taste of this car’s trim-specific rear-biased AWD system, conceived to help preserve the kind of handling balance BMW’s older RWD models exhibited.

Gripe all you want about BMW eliminating a manual transmission option from the 5 Series (we also wish it wasn’t so) but the truth is the eight-speed automatic on duty here is very well-suited to every engine offered in this car. Toggle into sport mode, and the transmission holds gears longer, throttle response is more immediate and the adaptive suspension tightens up for sharper cornering, a combination that makes this car drive like one much smaller.

Adding to the 550i’s performance are BMW’s efforts to cut weight from this latest 5 Series, which the manufacturer says is about 100 kg lighter than before, thanks to the use of aluminum in parts of the body and structure. That weight reduction also works in favour of the car’s hugely powerful brakes, whose massive rotors and blue-painted calipers are on display behind 20-inch wheels.

We don’t say this about many vehicles, but between our test car’s opulent interior and huge power, the M550i feels like it’s worth exactly what BMW charges for it.

For all that today’s turbocharged engines are designed to run more efficiently than those that came before, this is the thirstiest 5 Series short of the M5: Our test car averaged 13.4 L/100 km in a week of city and highway driving.

Beyond this car’s added dose of sound and fury, you’re treated to the same comfortable cabin and advanced technology found in BMW’s other 5 Series variants. Among our favourite features are touch-sensitive power seat controls that broadcast their function to the infotainment screen.

The visuals are helpful when the seats move in as many ways as these do. All those adjustments make this a supremely comfortable car for the driver and his or her favourite passenger. While the 550i casts a significant shadow, the rear seat offers only average space for two or three people, but the huge trunk makes it easy to bring along everyone’s stuff.

BMW is not in the business of building cars for drivers on a budget, which is why there are items not included at the M550i’s C$83,000 starting price that you’ll get standard in cars costing a third of that amount. Radar cruise control, lane-keep assist and cross-traffic alert are part of a C$1,500 option group, and our car’s massaging and ventilated front seats and surround-view exterior camera system were bundled into a C$6,500 package.

And if you want Apple CarPlay (Android Auto is not even on the table here), that’s C$750 more. Should you wish to push the tech envelope even further, add BMW’s remote parking feature (C$1,500) and night vision with pedestrian detection (C$2,500).

Gripe all you want about BMW eliminating a manual transmission option from the 5 Series (we also wish it wasn’t so) but the truth is the eight-speed automatic on duty here is very well-suited to every engine offered in this car.

Choose a lot of extras and you’ll find it’s not hard to push this car into six-figure price territory. You don’t need us to tell you that you can get nearly this level of refinement or performance in much less expensive cars. But if you want both of those qualities in one, you don’t have much choice but to spend close to $100,000.

We don’t say this about many vehicles, but between our test car’s opulent interior and huge power, the M550i feels like it’s worth exactly what BMW charges for it. 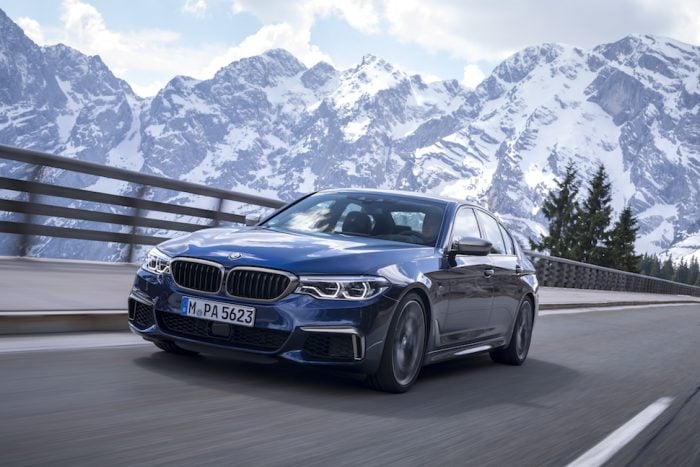 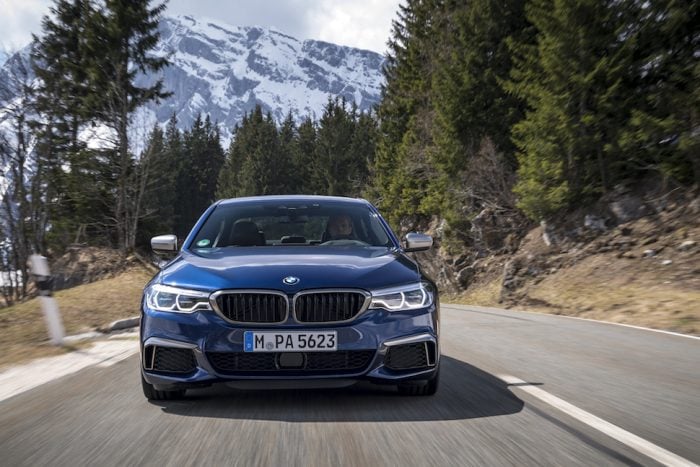 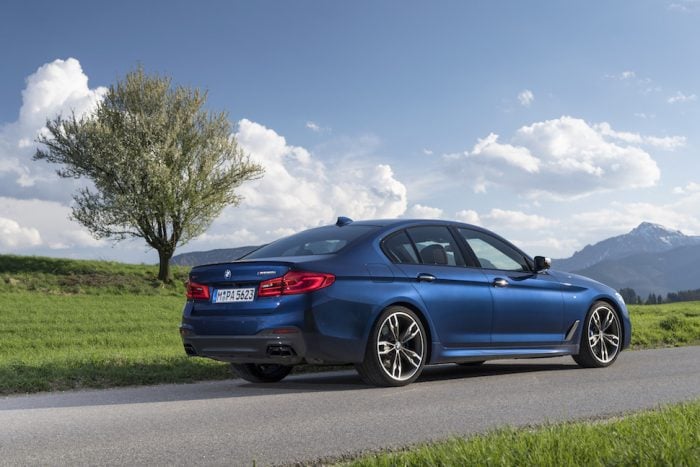 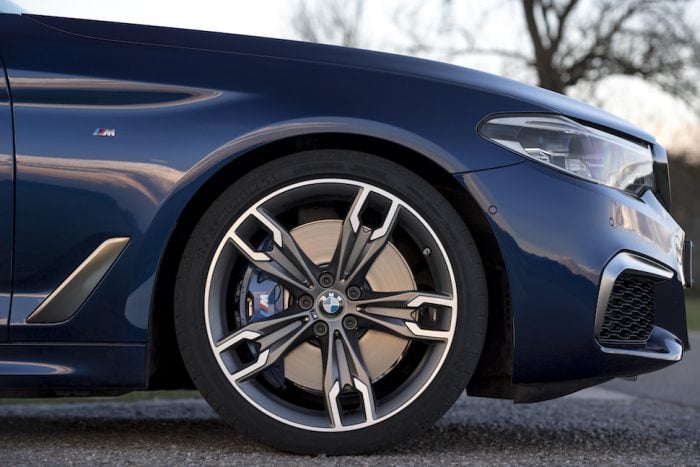 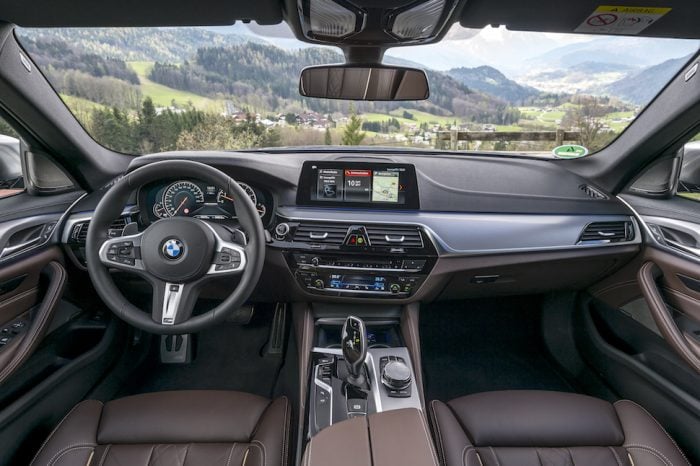 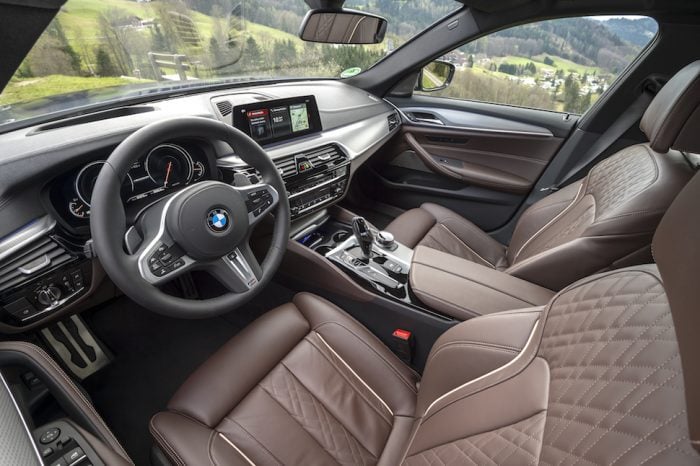 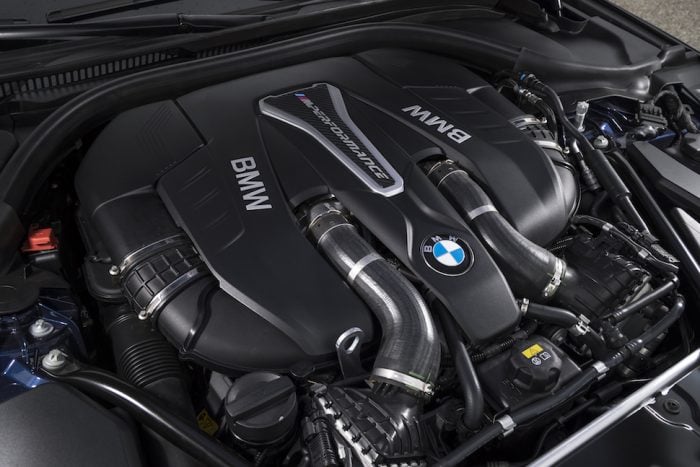