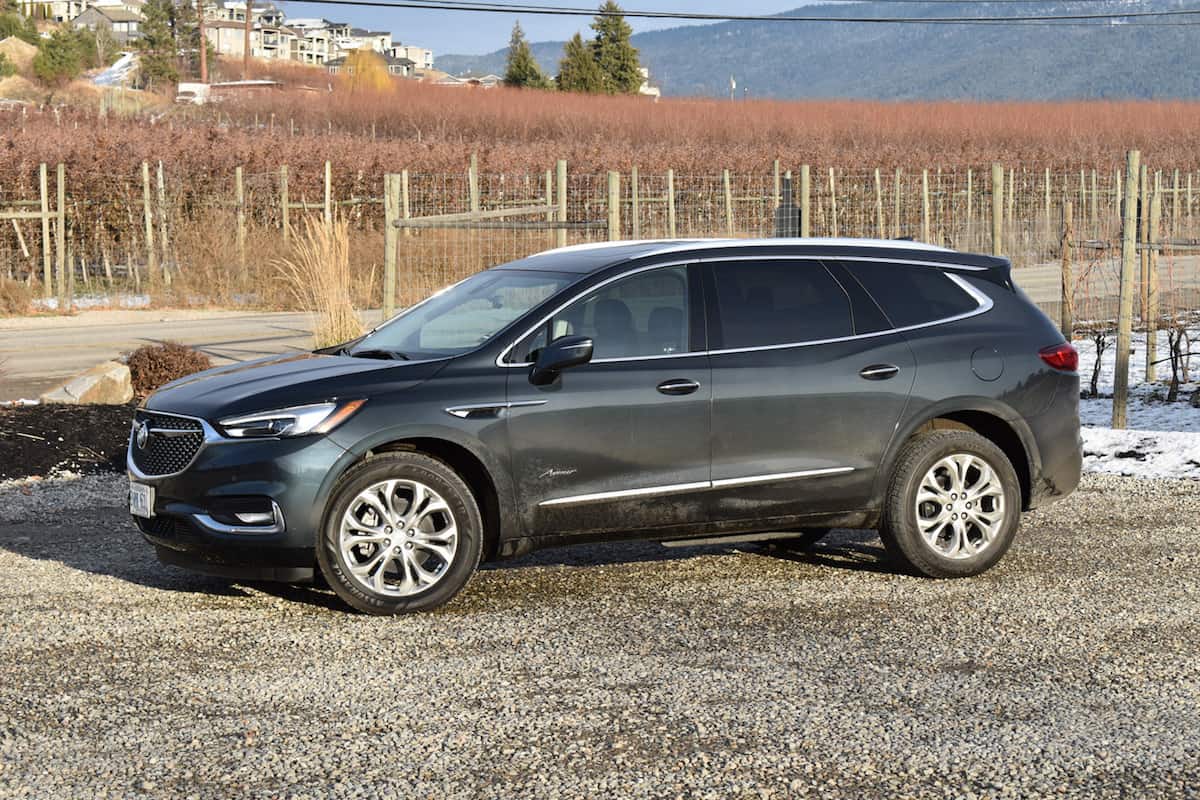 Buick’s popular three-row Enclave SUV is redesigned to be quieter, more spacious and better connected than ever for 2018 – but will the new long-waited Avenir sub-brand elevate the American automaker to that higher level of luxury?

Vernon, BC – It’s been a decade since the original Buick Enclave arrived on the scene, just in time for the recession that spelled the end for the Pontiac and Saturn brands. The mid-size, three-row crossover SUV’s success in North America was a factor in keeping Buick viable in tough times and sales have been remarkably consistent through its long life.

Time moves on however and notable must-have technologies – up-to-date cellphone connectivity, an 8-inch digital touchscreen and the latest driver assistance systems among them – dictated the migration to an all-new, lighter platform, shared with the latest Chevrolet Traverse.

The new Enclave launches as a 2018 model with a single powertrain – 3.8-liter V6 and nine-speed automatic transmission – in three grades, including the long-awaited, range-topping Avenir sub-brand.

The line-up starts with the ‘Essence’ grade in FWD for C$49,690, a little cheaper than the outgoing model, but with more equipment. AWD is optional on the Essence and standard on the Premium and Avenir grades. The Enclave’s look is evolutionary not revolutionary, which seems sensible given the enduring popularity of the outgoing model. A major change is at the front, where the grille shape from 2015’s Buick Avenir concept car has been adopted in the first implementation of a new family look. Daytime running lights use new plastics technology to curve smoothly around the main headlamps.

The styling similarity between the Enclave and Traverse, which is particularly pronounced in the way the beltline rises to the C-pillar, should come as no surprise, given the two cars’ close mechanical relationship.

Buick points to a focus on quietness and refinement as a point of difference: a second layer of glass in the front side windows, additional sound deadening material, active noise cancelling technology, near-silent wipers and thicker carpet all contribute to reducing interior noise.

Buick claims 10% more interior space over the outgoing Enclave and it should certainly cater for most family needs. Up front the seats are big and comfortable; second-row legroom is good. The 10-inch-deep underfloor trunk storage space and power-fold function for the third-row seats are particularly useful.

As is usually the case with a three-row SUV however, it’s still a compromise: if space is what you really need, buy a van. Access to the third row is easy, but it’s hard to see how Buick’s claim that the rearmost seats offer true accommodation for adults would apply on longer journeys: with adults occupying each of the two rows in front, third-row legroom is tight. Buick is following in the footsteps of stablemate GMC (Denali) by launching a luxury sub-brand, also called Avenir. The Enclave is the first North American Buick to receive the moniker, with the LaCrosse to follow soon.

Unique trim and badging, inside and out, distinguishes the Avenir from lesser Enclaves, as well as a two-panel sunroof, digital instrument cluster, inductive device charging and a premium navigation system. For a base price of C$63,690 you get a fully loaded crossover SUV; the only real option is a C$2,475 technology and safety package that adds premium driver assistance functions and adaptive suspension.

So equipped, the Enclave tops out at a price where the Audi Q7 is only just getting started. More direct luxury rivals are perhaps the Acura MDX and Lexus RX. Buick has used the phrase “attainable luxury” in its marketing and that feels about right.

A major change is at the front, where the grille shape from 2015’s Buick Avenir concept car has been adopted in the first implementation of a new family look. One question that came up during the media launch was how customers will distinguish the Enclave from its close relation, the Traverse. Buick points to a focus on quietness and refinement as a point of difference: a second layer of glass in the front side windows, additional sound deadening material, active noise cancelling technology, near-silent wipers and thicker carpet all contribute to reducing interior noise. There’s even an ionizer to improve cabin air quality.

The chestnut leather trim of our Avenir test car was nicely finished. There is a luxurious feel to the interior but we’re not sure it’s on a par with the best that Germany has to offer. Missteps included the latches for the sunroof covers, which sounded like they were about to snap every time you operated them, and the unconvincing Electronic Precision Shift for gearbox operation. The Enclave is spared the ill-conceived push-buttons of the GMC Terrain, but the shifter here is still less slick in operation than some rival systems.

Our time behind the wheel was limited at the launch event, but we spent enough time on winding roads and highway to confirm that Buick has achieved its quietness objective. The Enclave is superbly isolated from the outside world, helped in the case of the Avenir by a ride comfort-focused adaptive suspension that does a great job of snuffing out surface imperfections. The sensible 205/55 tire size provides plenty of sidewall cushioning for the hefty 20-inch alloys but the Enclave doesn’t wallow around like Buicks of yore. On this limited evidence, the ride and handling balance is well judged.

The new Enclave launches as a 2018 model with a single powertrain – 3.8-liter V6 and nine-speed automatic transmission – in three grades, including the long-awaited, range-topping Avenir sub-brand.

The Enclave is generally easy to place on the road but the rake of the thick A-pillar is an obstacle to visibility around tighter corners. For rear vision, the driver can switch between a regular mirror or a camera-based system that offers a wider field of view. We preferred the mirror, but acknowledge that it would likely take time to adjust to the camera picture.

With sedans now comprising only 20% of Canadian sales, Buick is well on the way to achieving its desired transformation into an SUV brand. A focus on retail sales – running at 97% in 2017, compared with 70% last year – is a further sign of its good health.

The 2018 Enclave is a solid effort that builds on the strengths of a successful predecessor. Its focus on luxury and refinement is refreshing at a time when other brands seem intent on convincing us that even heavy, high-riding SUVs can be sporty. It remains to be seen whether the Avenir sub-brand gains traction with buyers but there’s no reason why this quiet, unflashy vehicle won’t add to the growing sales achieved by the smaller Encore and Envision crossovers.

Check out more SUV Reviews from TractionLife.com, including the all-new 2018 Ford Expedition. 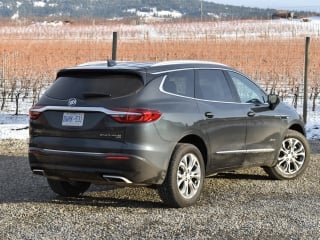 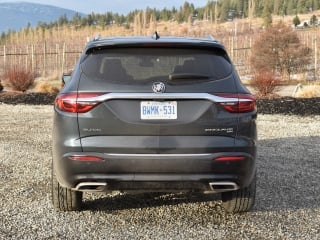 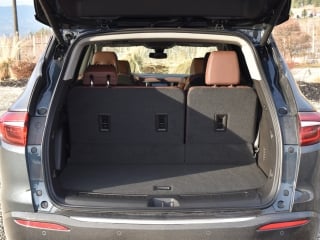 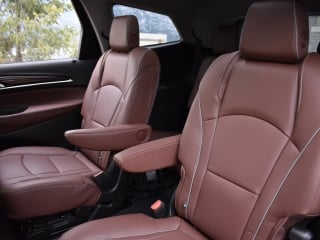 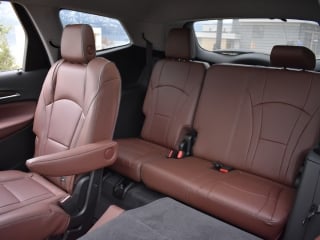 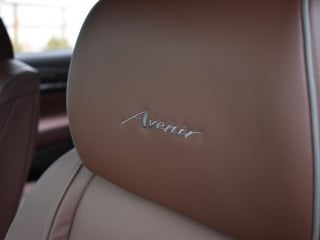 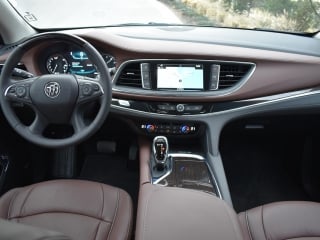 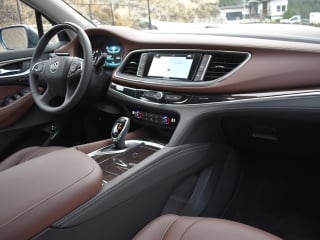