2018 Nissan Kicks Crossover Finally Comes to North America at Under $18,000

Los Angeles, California – Sure, the compact crossover market it ultra competitive right now, but that isn’t stopping automakers like Nissan from introducing new products to the segment. And we don’t hear consumers complaining.

The latest entry from Nissan is the all-new 2018 Kicks – a compact crossover aimed at urbanites in tight places looking for a nimble, stylish vehicle that offers decent cargo space to haul their weekend toys. That’s just one reason crossovers are killing it right now, putting the lowly sedan to shame in recent years. And that’s why the Nissan Kicks has already been selling abroad in busy markets like Brazil since 2016 where congested urban centres and small CUVs get along. The Kicks Concept first made its debut at the 2014 São Paulo International Motor Show.

The 2018 Kicks will sell alongside Nissan’s best selling Rogue crossover, and the smaller Rogue Sport in the US or Qashqai in Canada. Nissan won’t officially state the Kicks is a Juke replacement, but once the Juke sells out, that’ll be it for the oddball-looking (i.e. very ugly) CUV according to Nissan reps we spoke with – so say hello to its new replacement (thank God). The all-new crossover when it arrives to North America will come packed with cabin convenience and tech including Nissan Intelligent Mobility with standard Automatic Emergency Braking and available Intelligent Around View Monitor. Power will come via a sporty 1.6-liter 4-cyinder engine working with a front-wheel drive and responsive suspension. Anticipated fuel economy will be 33-mpg combined, according to Nissan. The 2018 models will arrive at dealerships between Spring and June 2018, and will be available in three trims: Kicks S, Kicks SV and Kicks SR. Pricing will come in at under US$19,000 starting MSRP, packed with standard tech including Nissan Intelligent Mobility. 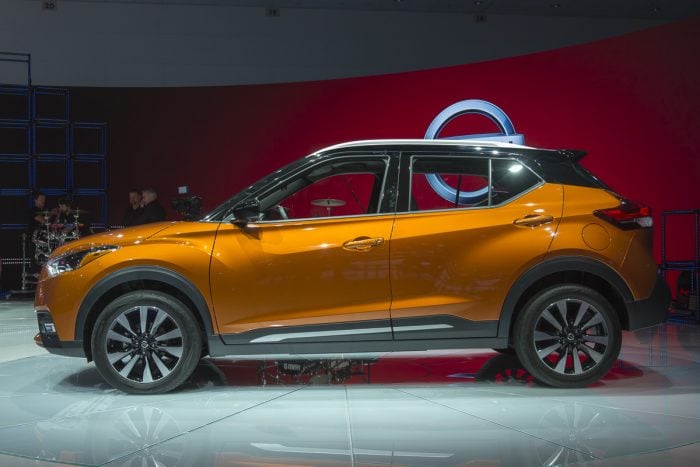 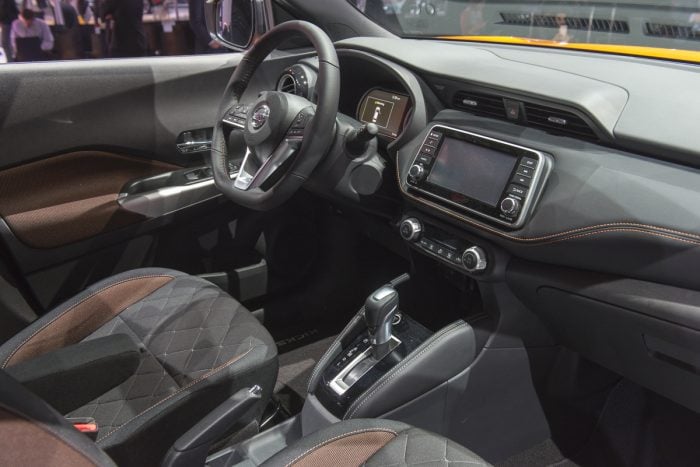 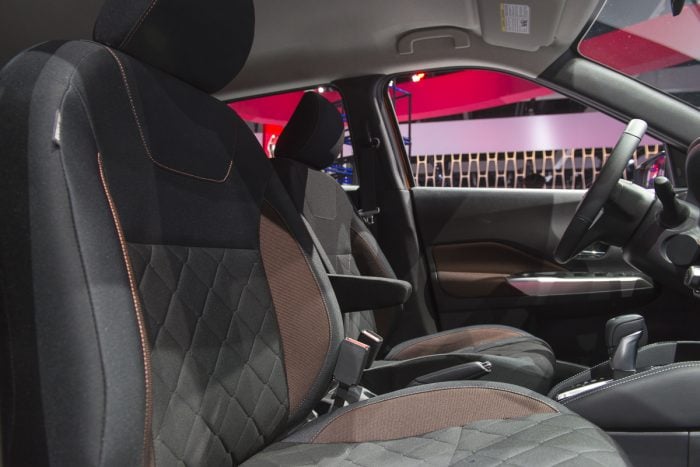 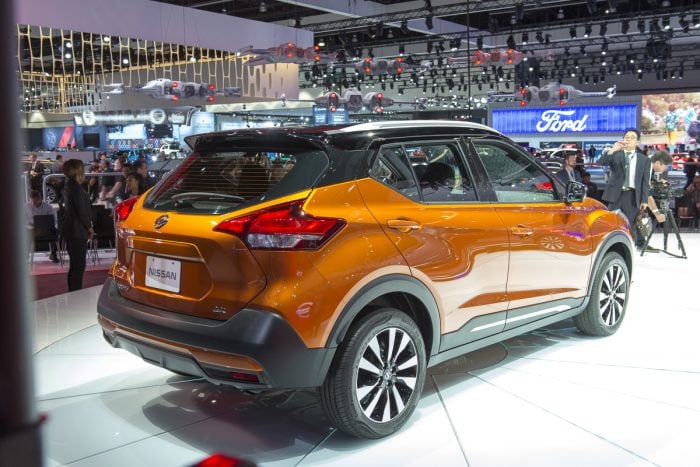 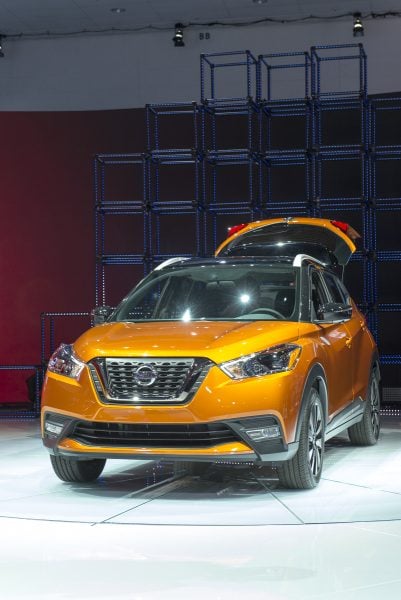