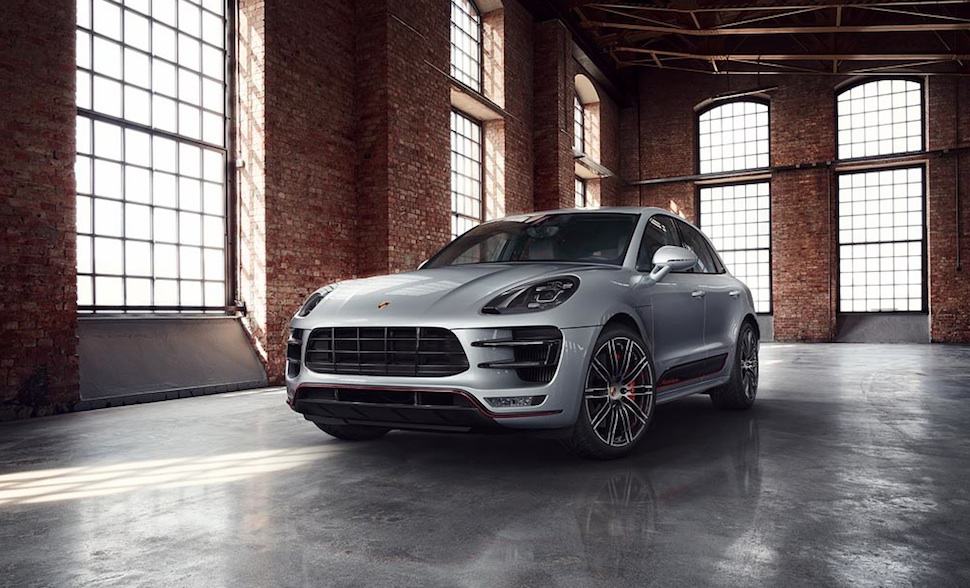 Arriving early 2018, Porsche’s new Macan Turbo special edition builds on the most powerful derivative in the model line with a touch of red and black styling

The top-level Macan Turbo with Performance Package gets a little more love with this new special edition arriving early next year. The Macan has been on a tear since its recent debut in 2014 — a compact luxury crossover with a smaller footprint than its larger Cayenne sibling.

Right now, Porsche’s Macan family is five members deep, starting with the 2.0L powered 252-hp Macan entry-level offering, capping off with the the top-level Macan Turbo with Performance package with its 3.6L twin-turbo V6 producing 440-hp at 6000 rpm, sprinting to 100km/h in just 4.4-seconds and hitting a top speed of 272 km/h. The new 2018 Porsche Macan Turbo Exclusive Performance Edition takes this model a step further while expanding the family to six. And for those looking for a naturally-aspirated version, there’s the 2017 Macan GTS. Rolling on huge 21-inch 911 Turbo Design wheels, the Exclusive Performance Edition Macan is distinguished with red markings found on the front spoiler, rear apron and side blades all painted in Carmine Red. The model name badging is also in red, contrasting with the ‘Porsche’ logo in high-gloss black. Add LED lights and rear tinted LED taillights to finish off this rocket’s curbside appearance.

Inside, the theme is all red and black, with the Garnet Red bolsters for the front seats designed exclusively for this special edition model. Also exclusive is the aluminium PDK gear selector finished with leather in Garnet Red, and a “Macan Turbo Exclusive Performance Edition” logo added to the customized door entry trim strips and the dashboard trim. Standards include all heated front seats, rear bench seat, and steering wheel.

Orders for this Macan have begun with dealer deliveries slated for early 2018; pricing marked at approximately US$93,250 or C$117,600, which is significantly more than the C$99,000 price tag for the Macan Turbo with Performance Package upon which this version is based on, in Canada anyway. The power figures for both versions are the same, but if styling and differentiation is important, the Edition model may be worth it the extra bump in price.

Here’s the full lineup of Macans.

Chat with Henry Reisner of Intermeccanica: Reproducer of Classic Porsches