Note, there’s an all-new, redesigned 2020 Explorer coming this summer. To learn more about what’s new check out this summarized infographic at our feature –Redesigned 2020 Ford Explorer: Here are 7 Major Updates

In 1999, Volvo launched its first S80 sedan, based on a vehicle platform known as P2. That same year, Ford bought Volvo Cars and made it part of its now-defunct Premier Automotive Group.

Twenty years later – and almost a decade since Ford sold Volvo to Geely – Ford’s modified version of P2, known in 4WD form as D4, lingers on beneath the 2019 Explorer, Flex and Lincoln MKT (being phased out by the new Lincoln Aviator).

The platform’s remarkable longevity (P2 also underpinned the first-generation Volvo XC90) is a testament both to the stellar work done by Volvo engineers in the 1990s, and to Ford’s subsequent efforts to ensure that the Explorer, in particular, is still in the game in a highly competitive full-size SUV market.

Check out our past reviews at Ford Explorer Reviews.

The current Explorer was already an attractive vehicle when it first emerged in 2011. Since then, some restyling front and rear has kept it looking fresh in a wannabe Range Rover kind of way.

The latest updates include a molded-in-color black rear bumper (standard across the range), LED fog lamps (standard on Limited, Sport and Platinum) and new 20in wheel options that are available as part of packages for the XLT and Limited.

Our Platinum was finished in a subtle, deep red called Burgundy Velvet (C$450/US$395). The wheels were the standard 20in bright machined-face alloys with dark-painted pockets.

The interior and equipment of 2019 Explorers is largely unchanged, but more features from the high-end models, such as heated second-row seats or powered and heated side mirrors, have been made standard or available on lower grades.

The FordPass Connect suite of connectivity, remote access features and services is available and there are changes to the driver-assistance systems (ADAS).

That said, the Explorer Platinum’s interior is already a comfortable and relaxing place to spend a journey. The material choices aren’t universally premium, and the styling of the center stack no longer looks contemporary, but the Platinum cabin is very airy thanks to the twin-panel moon roof.

We liked the large touchscreen buttons of the Sync 3 interface, but below the central screen, we felt that the controls for the dual-zone heating and ventilation system were too small to operate without taking your eyes off the road.

Space for the front and second-row passengers – the latter in the optional, heated captain’s chairs (C$500/US$695) – is perfectly adequate. A legacy of the D4 platform is a two-seat third row that’s narrower than some rivals’; we’ve been told this’ll be fixed by the 2020 Explorer’s new architecture.

The PowerFold system makes the third row a cinch to fold, though, and at 595L, the cargo space with row three in place is greater than in the larger Expedition.

All of the Explorer’s engine options are tried and tested. The 3.5 EcoBoost in the Explorer Platinum is quiet and quick. We enjoyed its highway refinement, its overtaking ability from 350 lb-ft of torque, and smooth shifts from the aging 6-speed automatic transmission.

The Platinum’s standard, ‘Intelligent’ 4WD system comes with a Terrain Management System – selectable powertrain and chassis settings for different driving conditions – and hill descent control. We didn’t have cause to use either, but it’s good to know they’re in the armory, along with a 5,000 lb (2,267kg) towing capacity.

The standard Hankook Ventus S1 Noble2 all-season tires weren’t the best on snow, however; 4WD or not, you’ll want a change of rubber for prolonged use in winter conditions.

The Explorer’s European origins remain an advantage if you like your crossover SUVs to drive more like a car than a truck. In short, it drives much better than you might expect for a large domestic SUV.

There were some bump-thumps from the 20in rims, but overall, comfort wasn’t an issue. Roll is well controlled, and the Explorer steered decently for a three-row, 4WD utility vehicle.

We had no quibbles with the ‘Safe and Smart’ package of ADAS systems, either – one of the many ways in which the current Explorer has been upgraded since it first appeared. Notable features include a lane-keeping system, adaptive cruise control and a forward collision warning system with brake support.

Takeaway: Is the 2019 Explorer Platinum Worth it?

Upgrades to the ADAS, cabin, powertrain and styling have kept the Explorer selling strongly. Despite its age, US sales fell only slightly in 2018, and in Canada they were up 6%. A local dealer in Calgary reports healthy loyalty to the nameplate and good customer retention. Based on our week with the Platinum, we can see why it retains strong consumer appeal.

It’s a great foundation for the stylish, all-new 2020 model that arrives in the Fall. The new CD6 platform – shared with the upcoming Lincoln Aviator, which provides a new option for luxury-focused buyers – will address some of the packaging compromises of the old car and open the door to hybrid and perhaps even diesel powertrain options. There’ll also be cutting-edge infotainment and greater towing capacity for the Explorer. Could a good SUV be all set to become a great one?

If you’re shopping for a new SUV, also check out our Buyer’s Guide here.

Up Next: More Explorer Reviews & News

Note, photos of the 2016 Explorer Platinum shown; same 5th-generation model as the 2019 before the all-new 2020 models arrive this summer 2019. Photos by Amee Reehal & Russell Purcell. 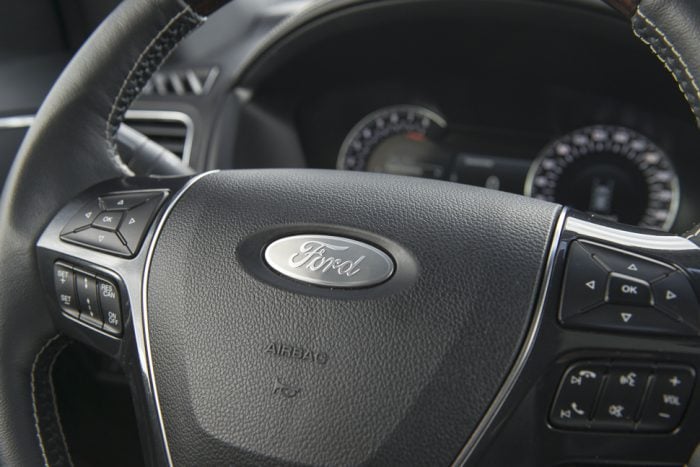 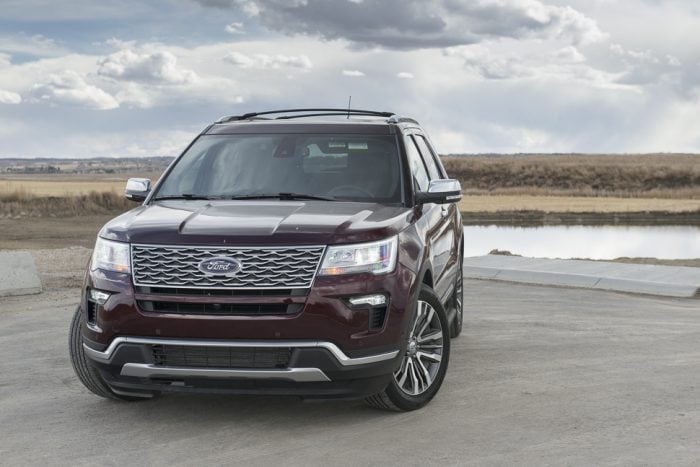 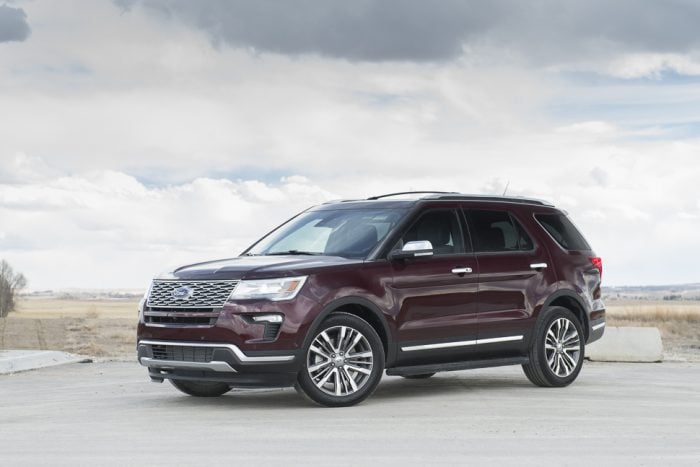 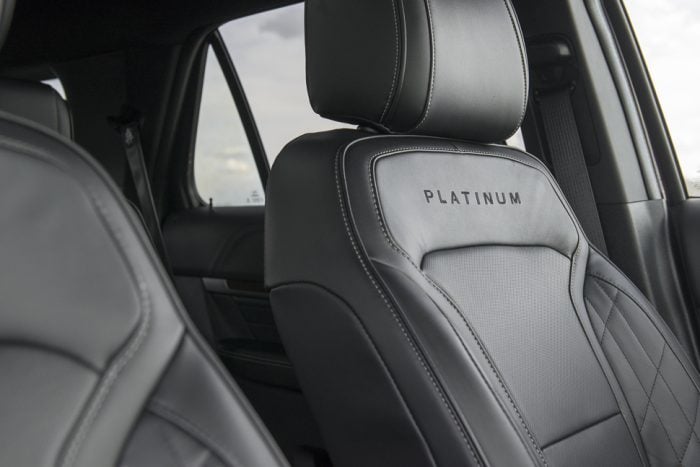 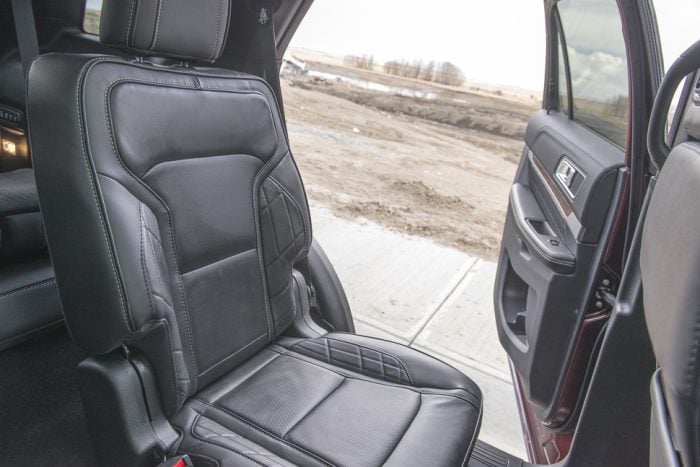 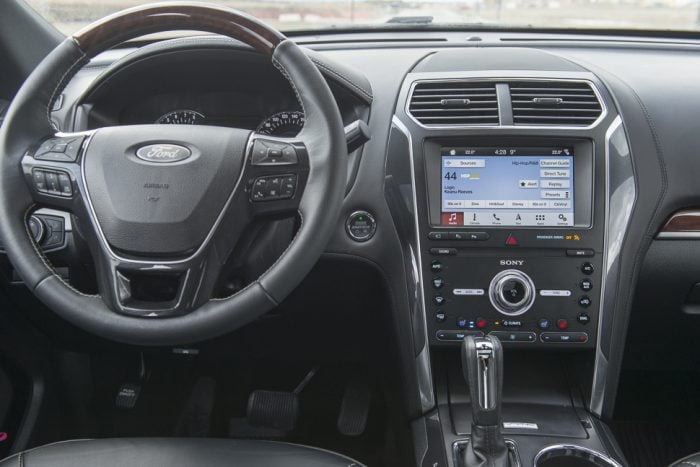 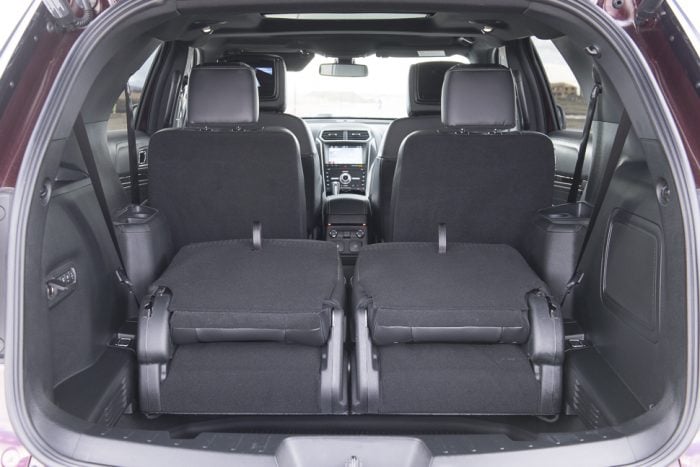 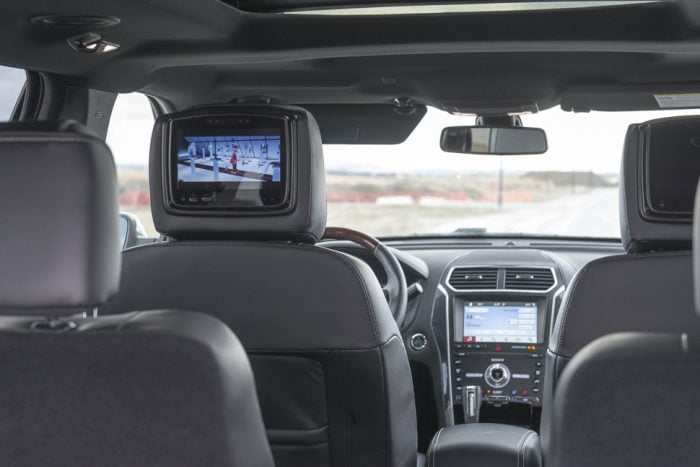 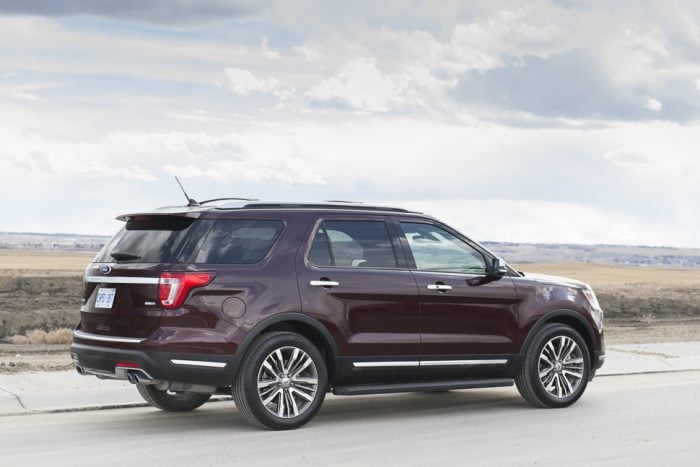 New Hybrid 2020 Police Interceptor Utility Will Kick Your Ass (And...