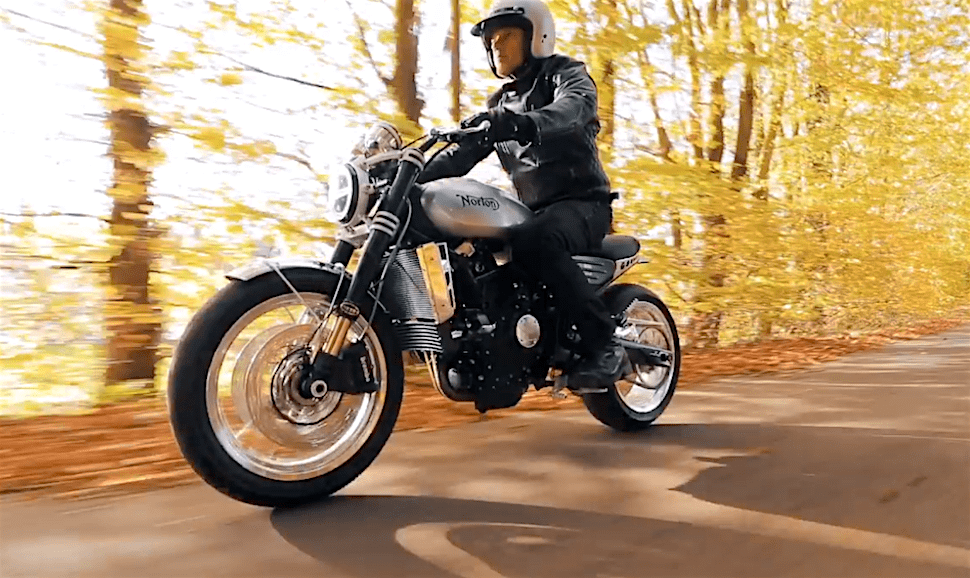 Back in June, Norton teased us with sketches of a neo-naked modern Scrambler known as the Atlas 650. Two variants broke cover this week exceeding all expectations. Known for low volume, high quality and astronomical cost, Norton has its sights set on higher production numbers for the Atlas lineup, promising the same high standards but with more affordable pricing.

A name harkening back to Norton’s past, the Atlas was a model produced between 1962 and 1968 before being replaced by the Commando.

We featured this 1968 Atlas worth checking out.

Offered in two trims, the all-new 2019 Atlas Ranger and Nomad feature Norton’s first mid-range mill, a 650cc, parallel twin with double overhead cams rated at 84 horsepower and 47 lb-ft of torque. This parallel Twin is apparently somehow a variation of the 1200cc engine housed in the V4 RR superbike released in 2016.

Making use of a steel twin tube chassis with the swingarm and spoke wheels carved from aluminum, both variants are displayed at a dry weight of 178 kg (392 lbs) before being topped up with fuel and fluids.

The Nomad features a 15-litre composite tank, an 18-inch aluminum wheel up front (17-inch at the rear) and Roadholder adjustable fork and monoshock suspension. The more financially attainable of the two, the Nomad starts at $12,900 (USD). The upper trim Ranger comes with a bigger 19-inch wheel up front, a slightly longer-travel adjustable Roadholder suspension, mudguards and a skid plate, aluminum rear panel, front cowling with integrated windscreen and raised braced handlebars along with an extra cost $2,600. Both bikes are offered with Brembo brake kits.

The first 250 examples of these two models will be available as early as this upcoming weekend at the 2018 Motorcycle Live bike show, in Birmingham, England with plans to build and sell many more.

New to riding? Check out our Best Motorcycle for Beginners | 6 Great Bikes to Get Started Dustin Woods
For the better part of a decade Dustin has been contributing automotive, motorcycle, travel and lifestyle content to the likes of The Toronto Star, Robb Report, Motorcycle Mojo, Sun Media, Motorcycle.com, Moto123.com, Inside Motorcycles, HOG magazine, BMW Motorcycle Magazine, Modified Luxury & Exotics and Performance Auto & Sound. His passion for adventure and love of speed has taken him on a journey not for the faint of heart.
FILED UNDER:
FeaturedMotorcycles