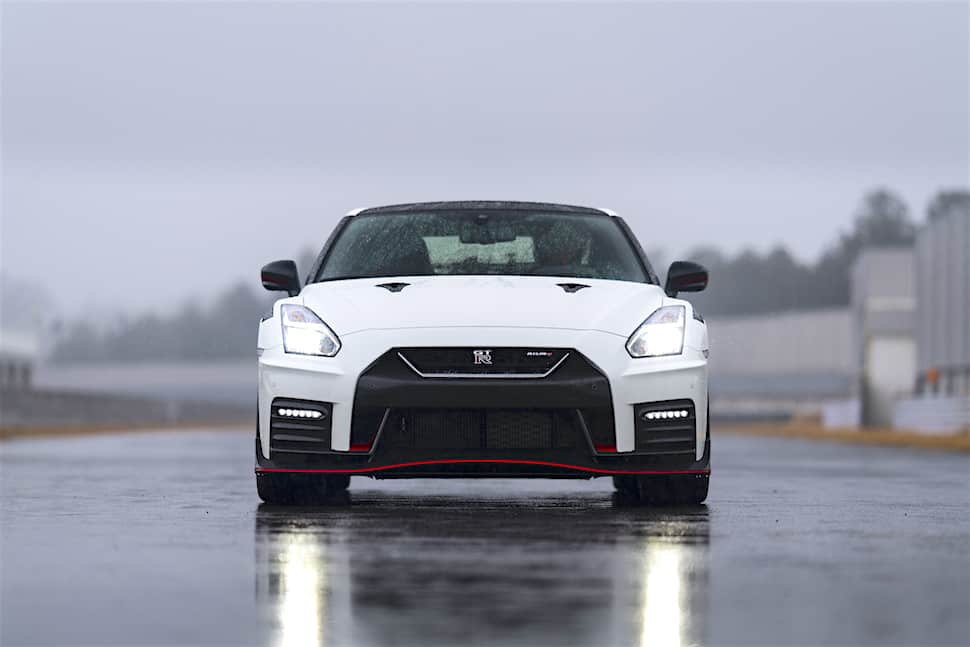 Few race-inspired cars are as well-balanced as the iconic GT-R NISMO. For 2020, Nissan ramped up its performance rocket even further, making its official world debut at the 2019 New York Auto Show.

Release date for the GT-R NISMO is set for Summer 2019 in the US. Canada won’t get this model but instead the GT-R Track Edition which gets some of the best parts of the NISMO variant – engine, suspension and wheels.

Dubbed the most powerful production GT-R ever, the new Godzilla is angry as hell and we love it. The NISMO variant gets new GT3 turbochargers for enhanced engine response and acceleration, improved transmission control for quicker cornering and escape, enhanced steering response and vehicle grip and new carbon ceramic brakes.

Adding more carbon fibre — to the roof, hood, and front fenders — the 2020 GT-R sheds a bunch of weight as well. A total weight savings of 10.5 kilograms, in addition to nearly 20 kg of reductions from other upgrades and new components.

Overall, expect the new GT-R NISMO to be keep its track star status with more racing upgrades and tuning improvements, if that were even possible. Rolling on new, lighter 20-inch RAYS forged aluminum wheels wrapped in newly designed Dunlop tires, the improvement setup increases the contact patch by 11% for better, grippier driving dynamics.

Add improved aerodynamics to mix, including scalloped vents and smoother body panels, paired to Nissan’s 3.8L V6 24-valve twin-turbocharged engine under the hood, Godzilla increases acceleration response by 20%, without a loss of horsepower — putting down 600-hp and 481 lb-ft of torque at 3600-5600 rpm.

Inside, there doesn’t appear to much change; exclusive GT-R NISMO front seats remain, likely improved for better position and comfort.

5 Major Changes to Know About:

To keep the good times rolling and to celebrate the GT-R’s 50th birthday this year, Nissan also unveiled the 50th Anniversary Edition in New York.

Based on the 2020 GT-R Premium trim, the special edition gets distinct exterior and interior treatments like special seat embroidery and an Alcantara headliner with exclusive stitching. Performance is also increased and will come in three colours; goes on sale this summer.

Up Next: More GT-R news