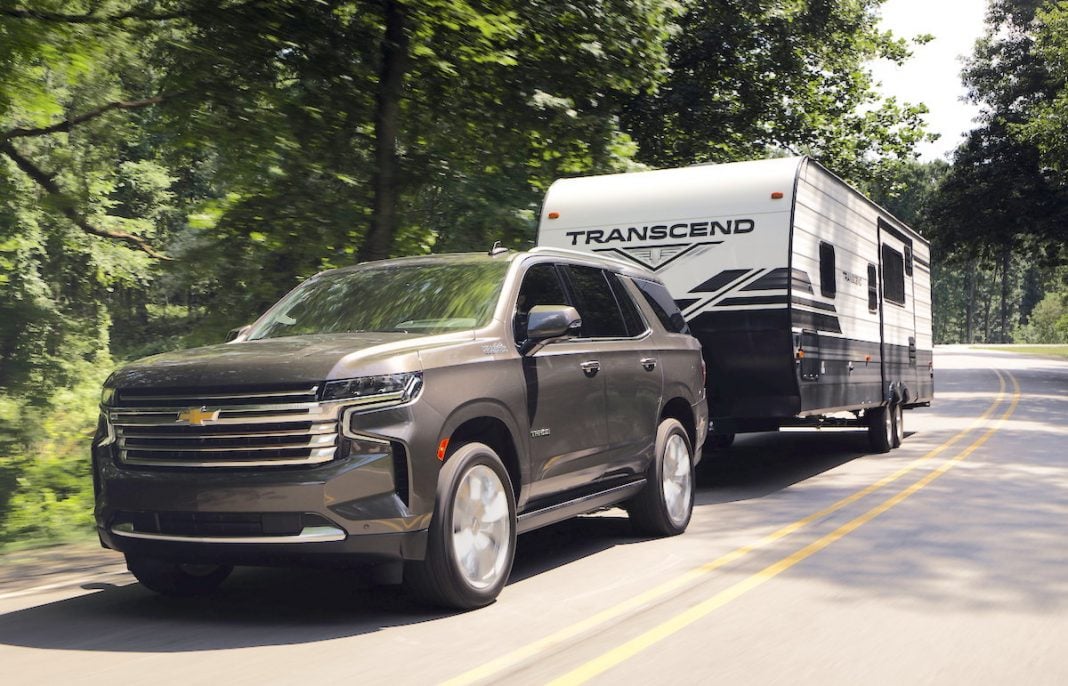 GM has had quite the year so far, launching its next-generation T1 truck platform which several models under the brand umbrella are built upon, including the Cadillac Escalade and GMC Yukon.

The Chevrolet Suburban and Tahoe are also on the list, and both received a bonus announcement that they would be getting the lauded 3.0-litre Duramax turbo diesel engine. We took the new vehicle and powertrain for a spin to see what the hype is about.

(If a gas-powered V8 is more your thing, check out our range-topping 2021 Chevrolet Tahoe Z71 review here with 5.3L powerplant.)

One of the things I immediately noticed about the redesigned SUV is how much longer it appeared than before. Gaining a full 169 millimetres in length, the wheelbase is stretched out 125 millimetres, and combined with a lower load floor drastically increase occupant and cargo space.

In fact, passengers now have 254 millimetres more legroom while sitting at the very back and behind, can fit a whopping 66 per cent more cargo. Another first is the introduction of a sliding middle bench able to move about 140 millimetres forward or backward. Helped by larger rear doors this enables a much easier ingress and egress of people and stuff.

I also loved the ease of operation for the one-touch-fold seats making the loading of large objects like a dining room table from an Ikea run a breeze.

Having driven the latest Escalade, there are pleasantly many similarities between the two interiors. The split second row in our grade-topping High Country loaner is a great place to spend some quality quarantine time featuring leather upholstery, individually reclining backrests, pull-out armrest with cupholders, dual 12.6-inch entertainment monitors and access to the kickin’ Bose 10-speaker surround-sound stereo.

On the outside, the fifth-generation Tahoe looks fantastic. The headlight housings have shrunken down to about a third of the size compared to the outgoing SUV, and the grill is nearly the entire width of the front fascia, the High Country’s given stunning bronze coloured horizontal slats. The power-deploying full-length running boards remain semi-hidden until a door is opened.

Pop the hood, and underneath lies the turbocharged inline-six diesel engine rated at 277 horsepower and a full 460 lb-ft of torque, mated to a 10-speed automatic transmission. Originally introduced in the Silverado pickup, the mill is now being rolled into the full-size utility lineup — exclusive for its segment — that it was specifically designed for.

Strong and light, the mill is comprised of an aluminum block, forged steel crankshaft and connecting rods, and blended silicon and aluminum pistons for improved heat resistance and reduced expansion.

The Duramax pulls hard when you get on the accelerator and gives off a throaty growl as only internal combustion can. The ride and handling isn’t bad either thanks to the Air Ride Adaptive Suspension with Magnetic Ride Control (MRC).

The Duramax pulls hard when you get on the accelerator and gives off a throaty growl as only internal combustion can.

The former is adjustable up to 101 millimetres, automatically lowering 19 millimetres during highway operation to cut down drag, and the latter is constantly reading road conditions and changes shock damping on the fly to give a composed and comfortable experience at all times.

Efficiency is usually expected from a diesel, and this SUV delivers. Aided by the aforementioned aerodynamic benefits of the MRC as well as active front grill shutters, over a week of driving in largely city conditions, I averaged approximately 9.45 L/100 km of fuel economy. (Editor’s note: these figures are even better than Chevy’s listed 12.0 city / 8.9 highway for the 4WD.)

The 2021 Chevrolet Tahoe is built in Arlington, Texas and is available now. Here are some other 2021 and 2022 SUVs worth looking at. 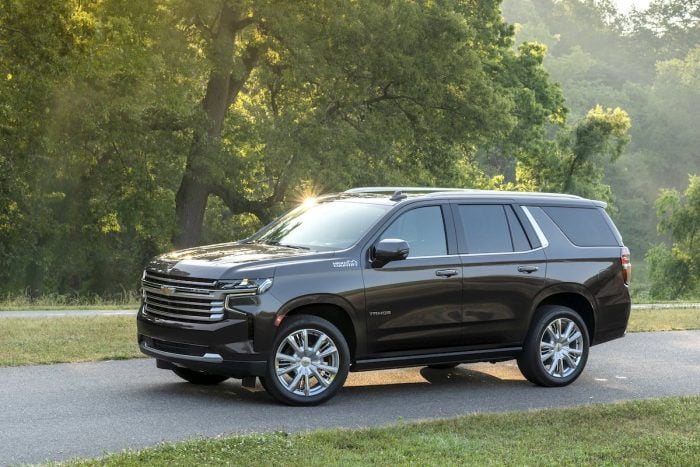 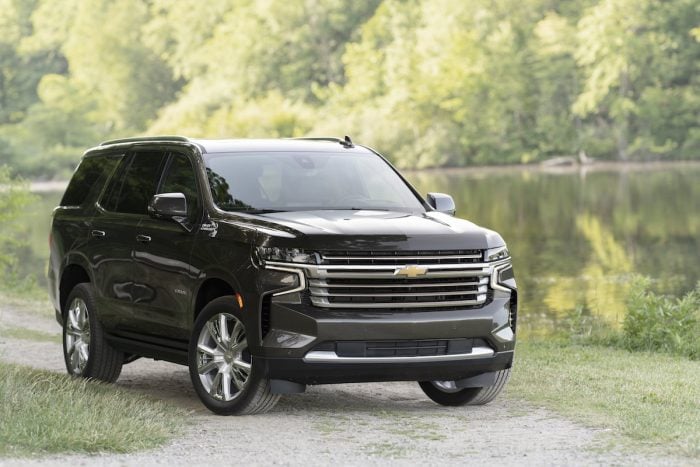 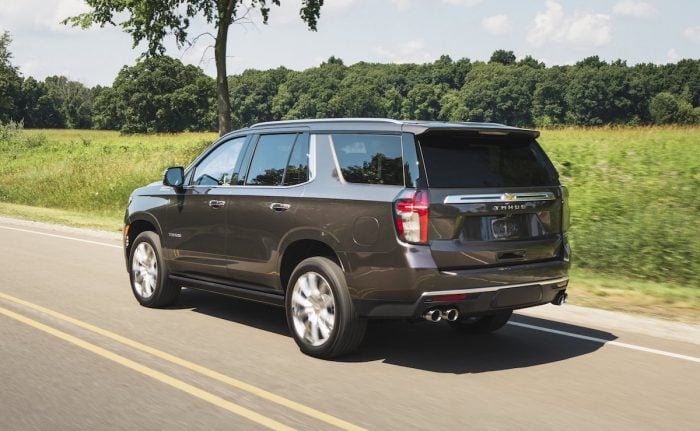 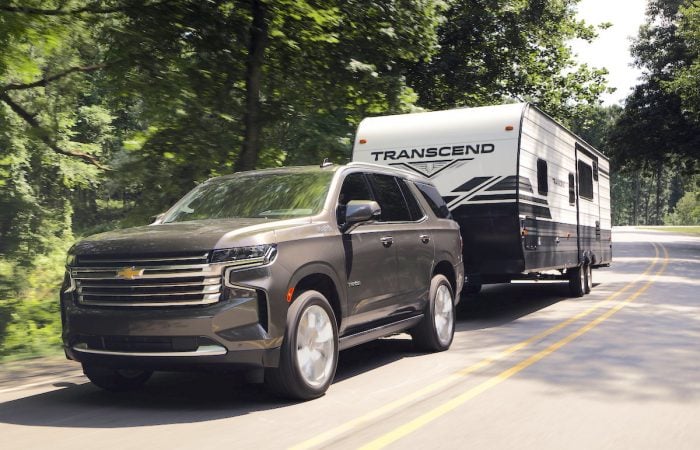 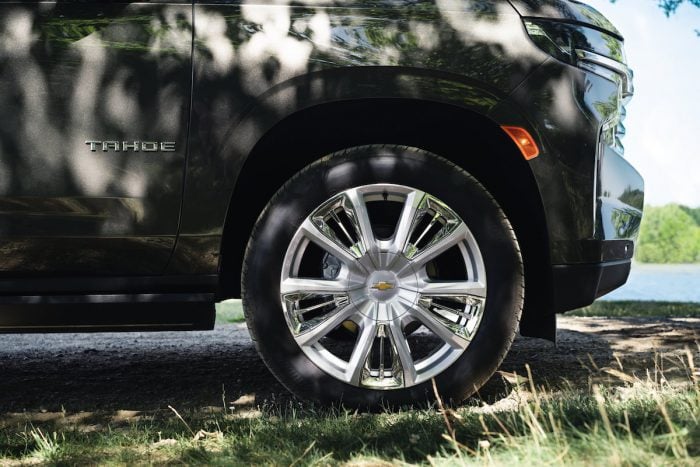 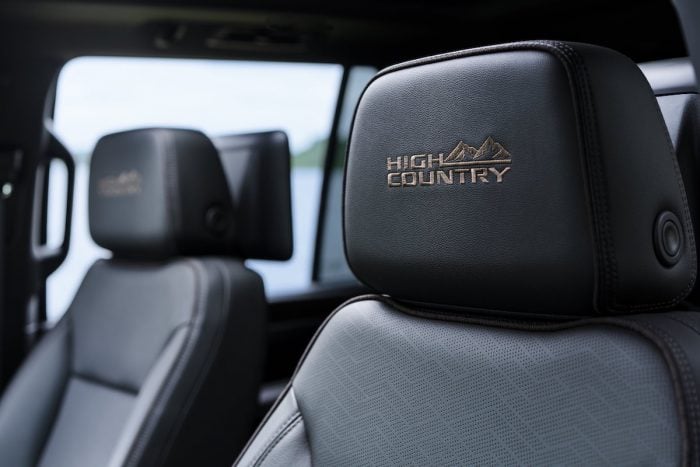