Hits the Subcompact Crossover Segment Like a Vicious Korean Punch. Austin, TX – Here we are again with yet another crossover vehicle. Consumers keep asking for them, and carmakers are delivering.

Kia currently offers five of these things, ranging from the cute and boxy Soul, to the large and ostentatious Telluride. But that doesn’t seem to be enough, as Kia introduces the Seltos, a new subcompact offering put here to take on an ever-evolving crowd. It squeezes its way between a Niro and Sportage within the brand’s lineup, ready to battle the Mazda CX-30, Nissan Rogue Sport / Qashqai, Honda HR-V, Ford EcoSport, Jeep Renegade, Mitsubishi RVR, the upcoming Chevrolet Trailblazer and its own corporate cousin, the Hyundai Kona.

We got up close with the new Seltos at its global debut in LA. Now, we headed down to Austin, Texas, to take it for a spin during its official North American debut.

You may think the Seltos is essentially a rebadged Hyundai on which the Korean giant slapped a different grille and logo. But you’d be wrong. While yes, it rides on the same architecture as a Kona, its wheelbase was considerably stretched and widened to provide substantially more passenger and cargo space.

Its roof is also taller, more angular, allowing for better ingress and egress for tall passengers.

Such dimension bloating allows the Seltos to present itself as a beefier vehicle overall, offering the highest cargo space in the segment, with a trunk that it’ll eat up 752 liters of your gear.

Push that rear seat down to the floor, however, and Kia’s Greek-named crossover beats the class leader, the Nissan Qashqai (1,730 liters) with its 1,778 liters of total cargo space.

And toys this Kia has! While small and relatively affordable, consumers can choose from a full plethora of neat tech and creature comforts, like leather heated seats, dual phone connectivity, “locking” differentials and ambient relaxing noises channeled through the car’s optional Bose audio system.

We’re not sure about that last one, but Kia is at least trying something new which should please the vehicle’s target demographics.

Under the hood: Horsepower and more

Two engines power it, and both can be had with all-wheel-drive. Entry level cars are propelled by a naturally aspirated 2.0-liter four cylinder good for 146 horsepower and 132 lb-ft of torque; an engine that’s essentially taken directly out of the Kia Forte. It can only be mated to a continuously variable automatic gearbox Kia calls iVT, whether you opt for front or all-wheel-drive.

Then there’s the top-shelf Seltos SX Turbo which spices things up by way of a turbocharged 1.6-liter four, pumping out a claimed 175 horsepower and 195 lb-ft of torque and coupled to a seven-speed dual-clutch automatic gearbox. The turbo engine only comes with all-wheel-drive.

Pricing: how much will it cost out the gate?

In Canada, pricing remains class-competitive at $22,995 and climbs all the way to a frankly reasonable $32,595 for a fully loaded SX Turbo with all the bells and whistles. See full Canadian Seltos pricing here.

Driving Dynamics: How does Kia’s new small crossover handle on the road?

It doesn’t take long after driving the 2021 Kia Seltos that you realize how much Kia has understood what consumers want. Its standout feature is its impeccable build quality and comfortable cabin that make you wonder why competing brands haven’t managed to do something this good.

While far from a sports car, the Seltos’ driving experience has a dynamic charm to it that entices you to drive it like a hooligan. Handling is playful, steering has an enjoyable level of resistance to it and the suspension sits on the fence between too stiff and too wobbly. It feels, dare we say it, European.

the Seltos’ driving experience has a dynamic charm to it that entices you to drive it like a hooligan.

The base 2.0-liter engine isn’t an exciting unit, but it gets the job done in a frugal and efficient matter. Same for the CVT gearbox which simply works. Push the Seltos hard when exiting a corner, and this little bugger sticks to the pavement, instantly ups the revs and allows you the thrash it without punishing you for doing so.

We congratulate Kia for injecting drivability in a vehicle that was never intended to offer any.

But the icing on the cake really is the turbocharged engine. While we wish it was available in lower trim levels, it’s a feisty little piece of engineering that, while plagued with a fair big of turbo lag, punches well above its weight once it starts boiling. The dual-clutch gearbox provides near Volkswagen DSG levels of precision, but we did find it rough around the edges during stop and go traffic, especially when the vehicle is set to Sport mode.

As we kept flogging this little Kia through the vast and sunny Texan countryside, we couldn’t help but admire the brand’s near fanatical attention to its value proposition. While material quality is like its rivals, their overall presentation is clearly more creative, with a clever use of unique surfaces and color-contrasting designs that fool the eye into believing Seltos is worth much more.

Finally, we continue to adore Kia’s straight forward and downright brilliant infotainment interface which can be operated through its touch-operated interface or redundant physical controls. The 3D navigation system also proved useful as we tried to make our way out of a congested downtown Austin.

Any flaws? It’s been a long time since we drove a car in which we needed to dig for some issues. We could say the 2.0-liter engine is noisy when pushed, that the dual-clutch gearbox could be smoother and we wish the turbo engine was available for less money. Heck, we could even complain that it’s not offered with a manual transmission. But these are all minor details the targeted consumer will probably never notice.

All in all, the 2021 Kia Seltos is yet another value-packed Korean homerun that’ll hit the industry hard as it makes its way to North American showrooms this Spring. 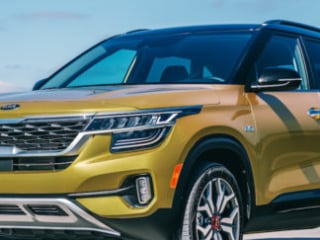 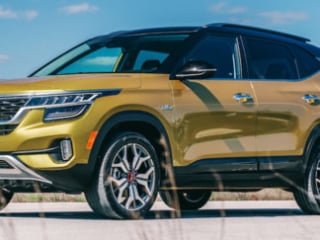 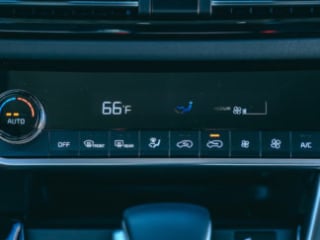 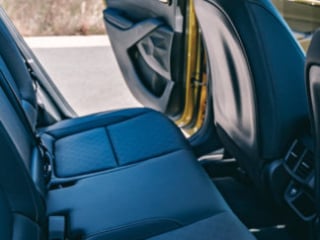 William Claveyhttps://claveyscorner.com/
Automotive journalist from Montreal, William is passionate about anything on four wheels. See his work in various outlets including Jalopnik, DriveTribe, TTAC, TractionLife, and others.
FILED UNDER:
FeaturedSubcompact SUV CrossoversKia Seltos Reviews & News