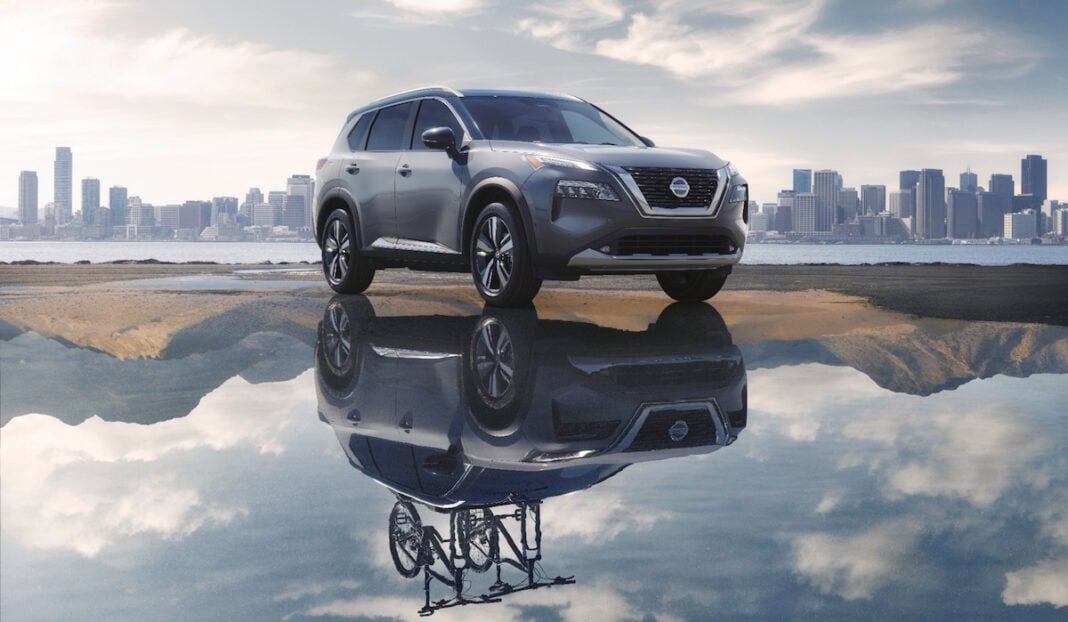 Since 2008, the Nissan Rogue has served as the brand’s compact crossover model and remains a core part of the company’s SUV lineup. The 2021 Nissan Rogue is the model’s third generation, redesigned in a bid to steal shoppers away from some of the segments best-known models, like the Honda CR-V, Toyota RAV4 and Ford Escape.

Like the outgoing model, new Rogue uses a 2.5L four-cylinder engine. Horsepower increases by 11 to 181, and the Rogue gains 6 lb-ft of torque for a matching total of 181. Nissan makes no mention of the new Rogue’s transmission, but we presume it will once again be a continuously variable automatic (CVT). Front- and all-wheel drive will be available.

2021 Rogue Redesign: what you need to know

Predictably, Nissan opted against getting too adventurous with the appearance of this strong-selling model – the Rogue is Nissan Canada’s best-seller at the moment – aimed at a relatively conservative audience.

Styling-wise, the 2021 Rogue breaks away from Nissan’s other small crossover models with a new front-end look with separate headlight and daytime running light elements. That’s a trick that appears to borrow from the current Hyundai Santa Fe, which itself could have been inspired by the Nissan Juke.

The new Rogue’s rear is more angular than before, and the overall look presents the vehicle as more rugged with its addition of black cladding around the wheel arches, the rocker panels and rear bumper.

Wireless smartphone charging is on offer for the first time, and the 2021 Rogue’s Apple CarPlay and Android Auto smartphone integration systems also connect wirelessly with devices.

Other new available features include a head-up driver display and an all-digital gauge cluster, both of which are Rogue firsts. Also new is an optional 9.0-inch infotainment display.

Interior storage is improved thanks to an electronic shifter that frees up space below it in a floating centre console. The console storage bin behind that now has two side-hinged doors that Nissan says make it easier to pass objects to those sitting in the rear seats.

The 2021 Nissan Rogue will be offered in S, SV and Platinum trims when it goes on sale this fall.