Triumph looks to take back the throne with its lighter & more powerful new naked bike. 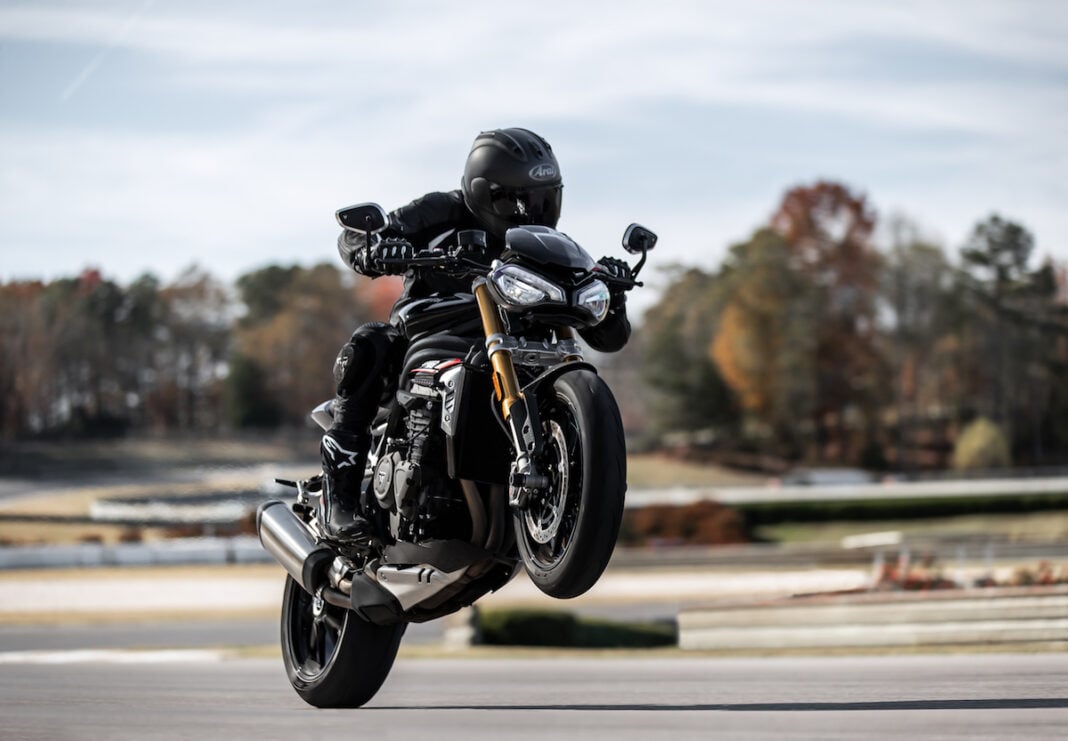 Frankly, looking at the Speed Triple’s new specs and features, this track-ready, civilian-friendly machine is essentially a new motorcycle — everything is ramped up, from performance and handling to styling and tech, all in a big way. Essentially, Triumph has redefined the streetfighter for a modern era. Rightfully so, credited by many as birthing the aggressive, un-faired sport bike segment altogether while restoring the Triumph namesake.

Thanks to a new higher capacity 1160cc triple engine, the 2021 model is the most powerful and fastest accelerating Speed Triple to roll out Triumph’s factory, reducing engine inertia by 12-percent while improving revving to 650rpm.

Horsepower jumps up by 30 ponies to 180-hp, and torque improves to 92 lb.-ft. of torque. A new intake and exhaust round out the changes.

Triumph claims the redesigned Speed Triple 1200 RS is also the “the most agile, precise, dynamic handling” version yet. We won’t argue with that.

With a new mass centralized chassis shaving off 10kg of weight to ring in at 198kg wet, the bike flosses a more slender design with an improved riding position. The Öhlins suspension is performance tuned and fully adjustable, paired to Brembo Stylema brakes and new 17-inch black wheels wrapped in Metzeler RACETEC RR rubber.

A quickshifter with up-and-down functions is new for 2021, along with glossy 5-inch TFT instruments, a full keyless system, and improved ABS and traction control systems. Triumph is also throwing in their My Triumph Connectivity System as standard.

For riders hitting the track, there’s a new ‘Track’ driving mode as well, designed to be as unintrusive as possible — so, five modes in total: Rain, Road, Sport, Track and Rider.

Less bulky than the outgoing Speed Triple, particularly at the front, the new model takes on a more muscular look while retaining clean, sharp lines. The headlight and taillights are completely new and look much more distinct than before.

Overall, the styling pays homage to the original 1994 model, keeping the iconic bike’s DNA within the design cues.

Of course, there are accessories — 35 in the range, to be exact. From styling updates to cargo and tech. Some of these include:

If you’re shopping around, some worthy Speed Triple contenders in the space include: 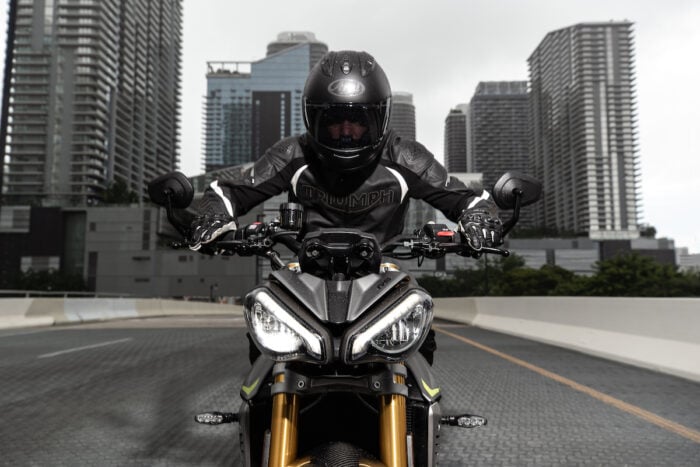 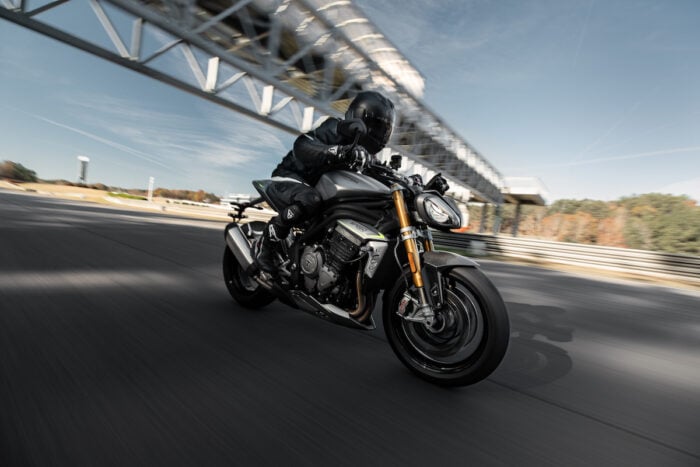 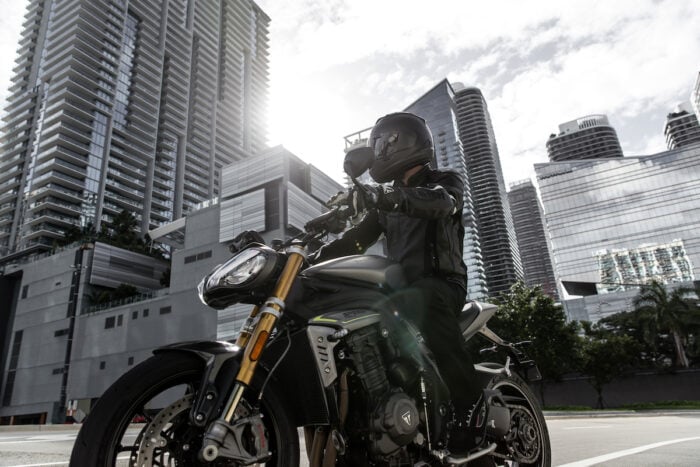 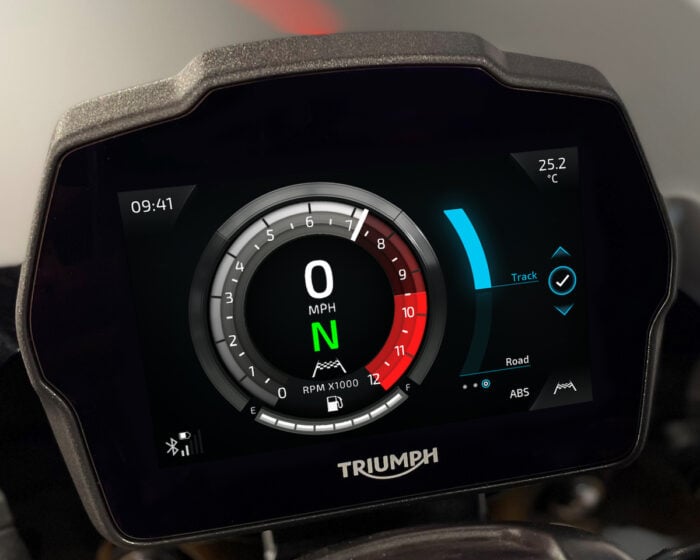