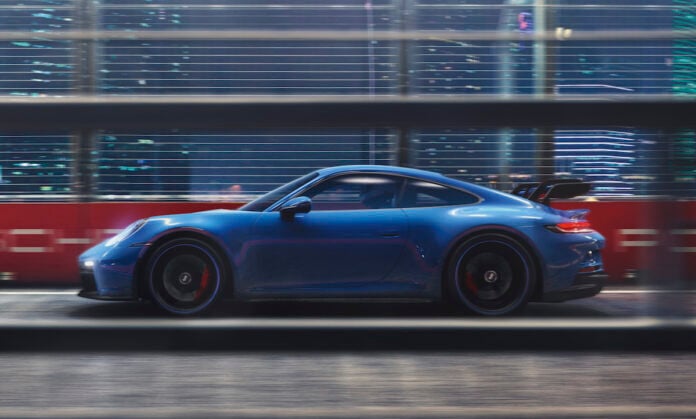 Drawing from its race-going siblings, Porsche’s new 2022 911 GT3 is essentially a track rocket built for the streets packing over 500-hp, extensive lightweight materials, refined aerodynamics, and a motorsports-derived double wishbone front axle layout — all narrowing the gap between a diabolical 911 race car and 911 GT everyday-commuter, if that’s even a thing.

Under the hood of Porsche’s first GT 922 variant is a naturally aspirated 4.0L, six-cylinder boxer engine. The Stuttgart automaker claims this powerplant is virtually identical to the one powering the new, track-only 911 GT3 Cup race car. Revving up 9,000 rpm, the new 911 GT3 will put down 502-hp and 346 lb-ft of torque, paired to either a specially-tuned, standard 7-speed PDK or the optional six-speed manual transmission.

Handling upgrade courtesy of the 911 RSR

Derived from the 911 RSR, the new GT3 gains significantly improved steering and cornering abilities thanks to the RSR’s double wishbone front axle. As Porsche puts it, this addition “marks a major milestone in the history of the 911.” Compared to the previous 911 GT3, the 2022 model’s front axle brakes grow by 28mm while still managing to shave weight by 17-percent, while the wheels are now about 3.5 lbs (1.6 kg) lighter.

The next-generation 911 GT3 adds a long list of exterior changes for 2022 — all in the name of aerodynamics and improved performance capability. At first glance, most GT3 fans will notice the change at the rear with a huge rear diffuser and where swan-neck connections support the new manually adjustable rear wing. Other improvements includes integrated cooling intakes and an adjustable front spoiler lip at the front fascia, and side skirts around the wheels designed for better airflow. 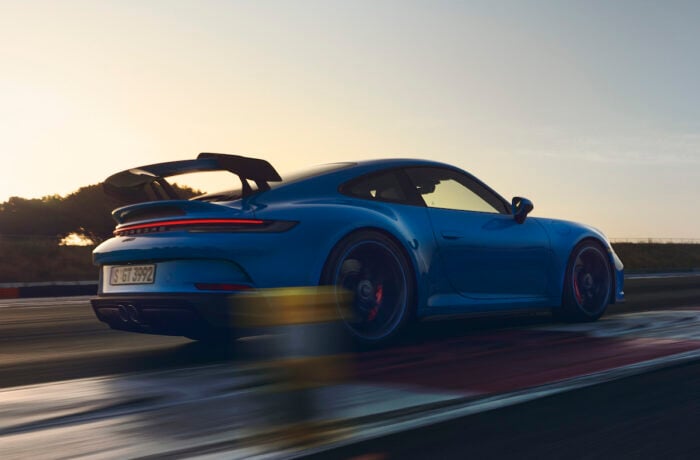 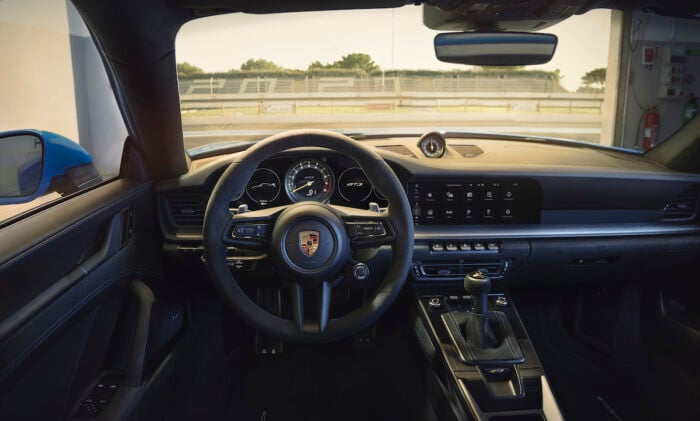 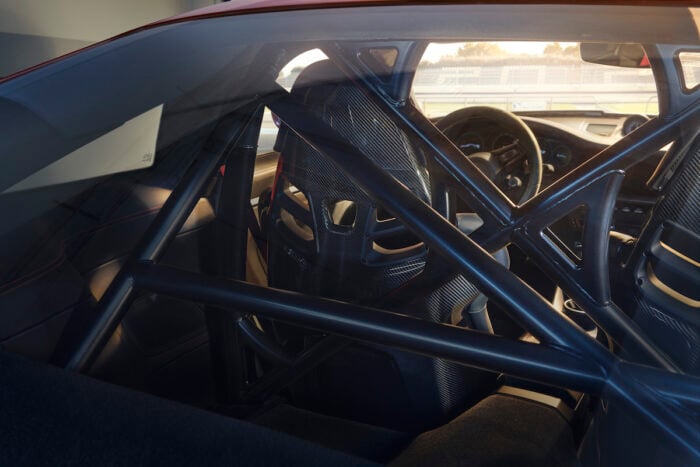 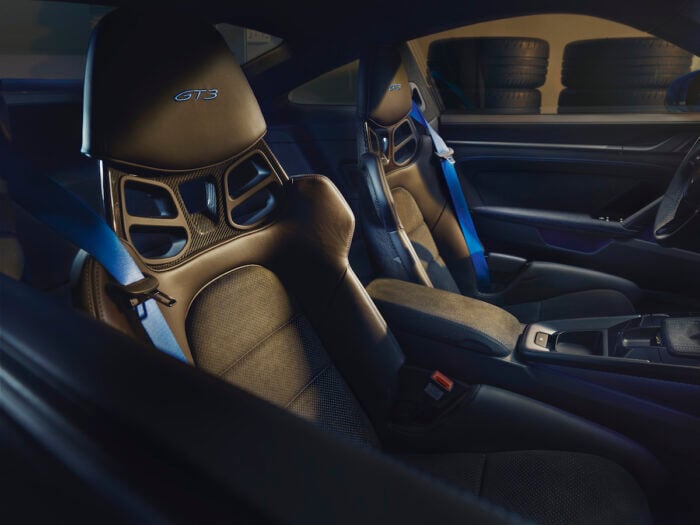