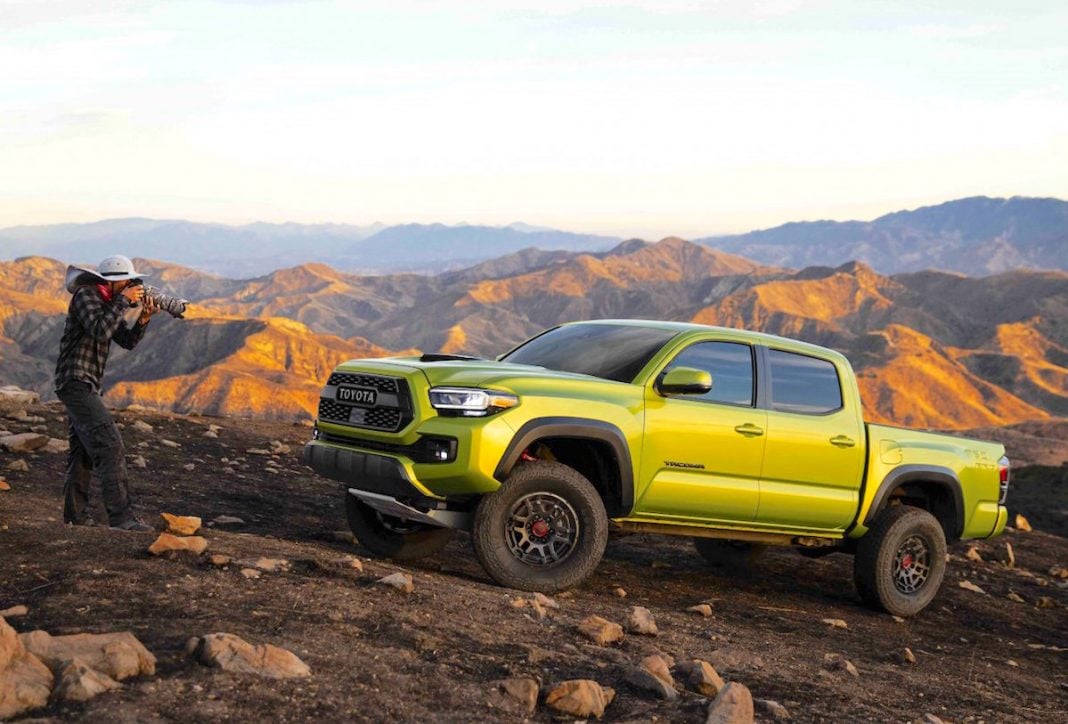 As far as mid-size pickups go, the Tacoma has been a mainstay all these years, unlike the Chevy Colorado and Ford Ranger which both took long breaks, or completely new small trucks like the Santa Fe Cruz and redesigned Nissan Frontier (essentially, a new truck).

The Tacoma has nicely carved-out its own niche amongst loyalists and new buyers alike — and when backed by Toyota Racing Development’s extensive off-road testing, Toyota’s mid-size hauler takes on a whole new demeanour. If camping is your thing, check out this TRD-Sport Tacoma Trailer adventure rig or TruckHouse’s composite BCT small truck camper.

Here’s a closer look at the four most significant off-road features for 2022:

Of course, the new model will get all the other TRD goods and features like the 3.5L V6 engine with the TRD-tuned cat-back exhaust (good for 278 horsepower and 265 lb-ft of peak torque), LED headlights with sequential turn signals featuring TRD Pro inserts, all black TRD exterior badges,

If the TRD Pro is out of reach, Toyota also unveiled this 2022 Tacoma Trail Edition 4×4 based on the SR5 package also worth checking out. 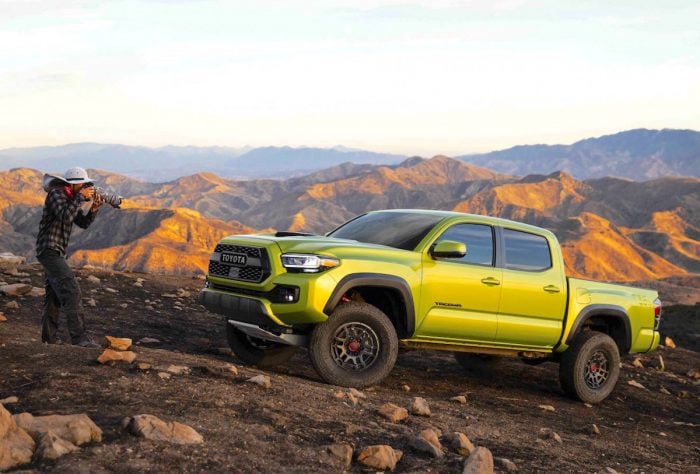 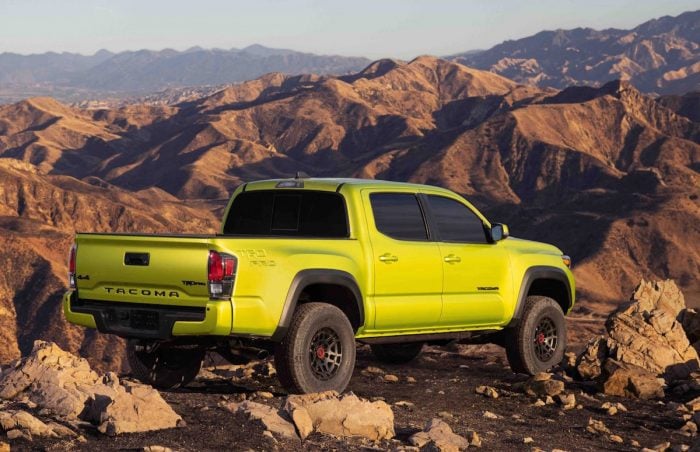 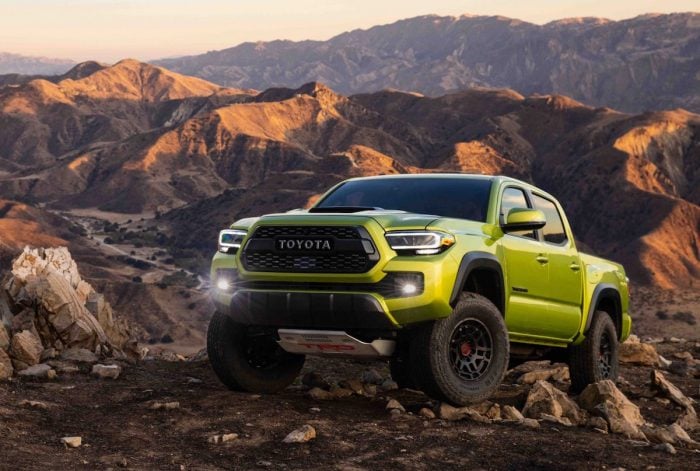 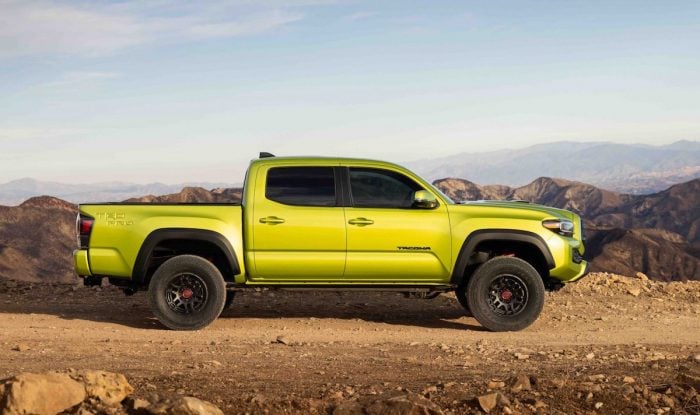 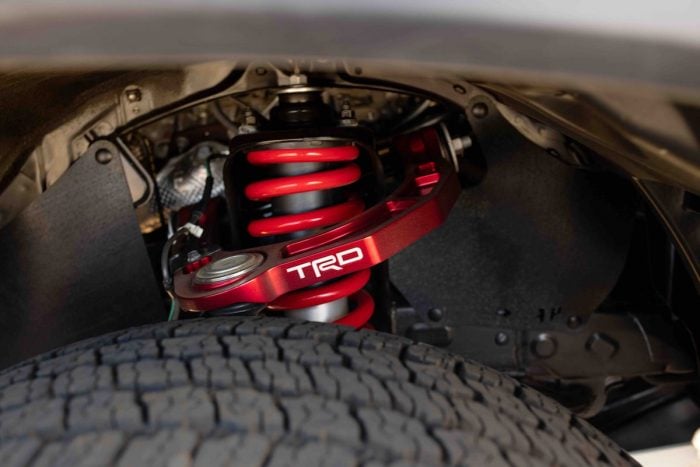 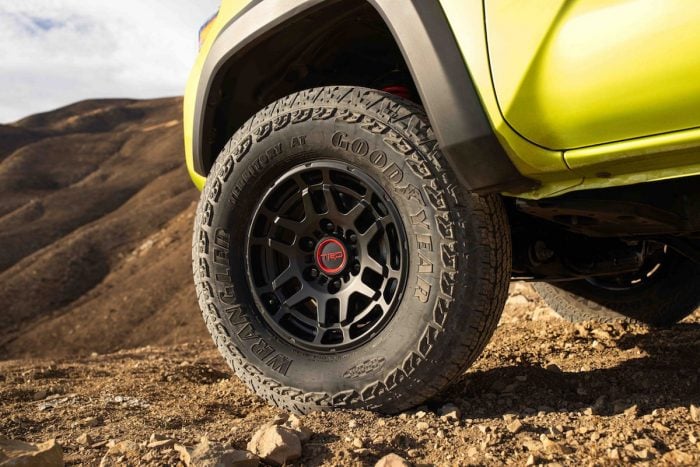 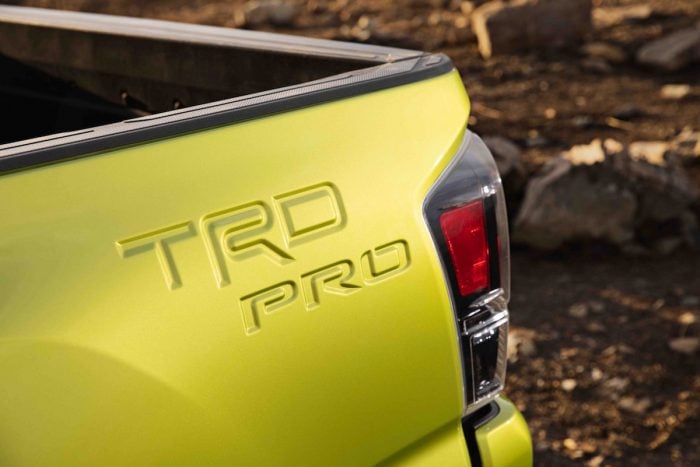