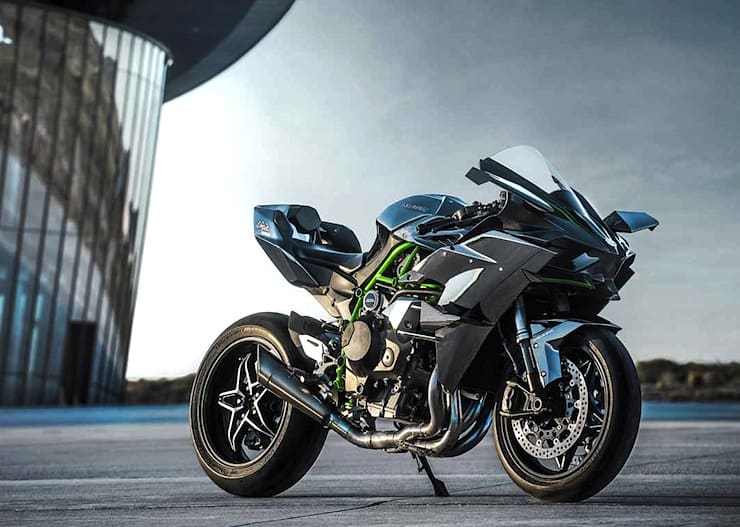 The 2015 Kawasaki Ninja H2R is truly an engineering marvel.

Kawasaki recently introduced its newest motorcycle, calling it the most powerful closed-course production motorcycle ever created. It is a must-have for the bike aficionado and is available for only a short amount of time. The Kawasaki Ninja also holds the title as the world’s only supercharged closed-circuit bike.

The Kawasaki Ninja H2R gets its name from the 1971 Kawasaki 750SS Mach IV, aka, the H2. Known at the time for being the fastest motorcycle of its day. And the H2R is just as impressive. It is developed taking full advantage of Kawasaki’s new supercharger which was developed through years of experience creating gas turbine systems for power plants.

Keeping up with tradition the H2R comes equipped with a 300-horsepower supercharged engine. One of the most powerful engines on the market today. It also features an incredibly designed frame that maximizes the bike’s aerodynamics.

The 2015 Kawasaki Ninja H2R is truly an engineering marvel. The result is a beautifully crafted motorcycle that even those who aren’t fans of bikes can appreciate, from the design to the manufacturing of its body. The H2R it exemplifies why Kawasaki is leading the way in motorcycle design. Living up to its predecessors name and more. Timeless styling at a decent price, Royal Enfield releases the Classic 500 in the Stealth Edition at under $6,000. Blacked-out scrambler with retro vibes.
Read more
Kawasaki Motorcycles

If the glossy look of a Kawasaki Ninja 250 crotch rocket isn't your thing, Droog Moto has you covered with the sinister DM-15 urban fighter motorcycle.
Read more
Motorcycles

A Day at the 2015 Kawasaki Ninja Experience Tour