Valentino Rossi Unveils ‘Back to the Future’ Inspired AGV Helmet

‘Back to Misano’ theme commemorates return to home track 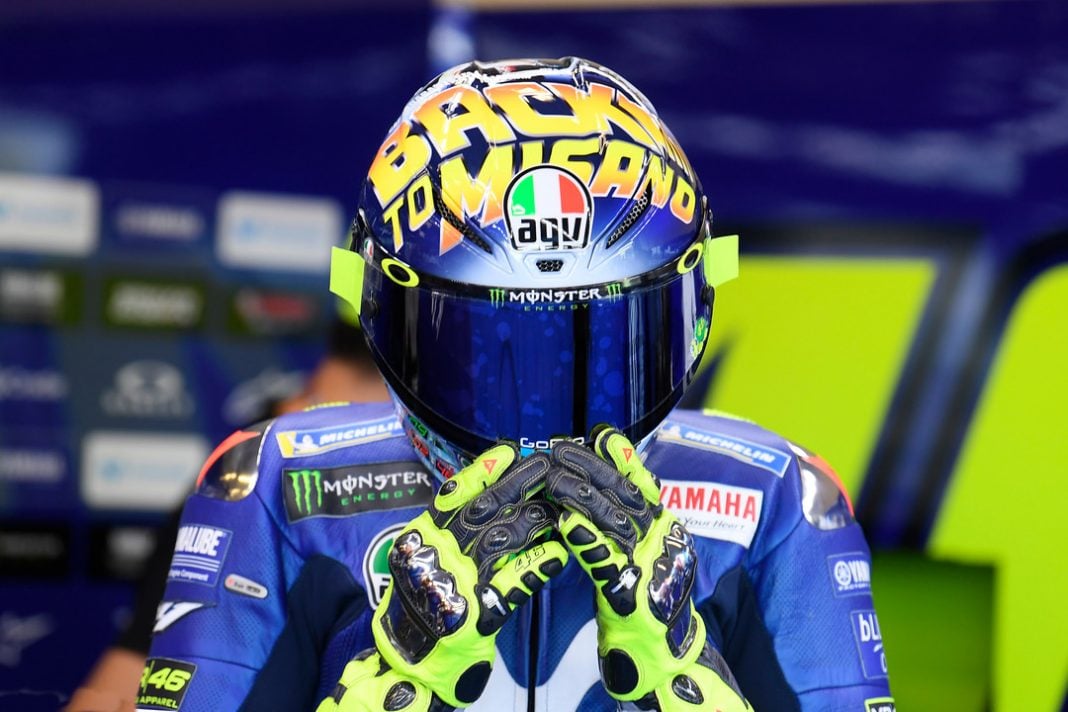 Whether it is honouring his late opponent Marco Simoncelli or simply acknowledging winter testing, fans now eagerly anticipate his next custom helmet design. His latest lid was unveiled at the Grand Prix at the Misano World Circuit located in Emilia-Romagna not far from his home. Inspired by the movie, Back to the Future, the Back to Misano-themed helmet celebrated Rossi’s return to the track. Forced to forfeit from the race in 2017 due to injury, the helmet’s graphics replace characters Doc and Marty McFly with Rossi and crew chief Silvano Galbusera. Featuring a number of highlights from the film franchise, including a DeLorean DMC-12 and the now famous Flux Capacitor, dates on the helmet commemorate the last time Rossi raced at Misano, along with the date of this year’s Grand Prix.

If you’re a Marty McFly fan (who isn’t?), also check out this LEGO DeLorean Time Machine: Going Back to the Future in Style.

Often made available for purchase by AGV, there has been no word whether this particular custom design will be recreated for fans of The Doctor.

Dustin Woods
For the better part of a decade Dustin has been contributing automotive, motorcycle, travel and lifestyle content to the likes of The Toronto Star, Robb Report, Motorcycle Mojo, Sun Media, Motorcycle.com, Moto123.com, Inside Motorcycles, HOG magazine, BMW Motorcycle Magazine, Modified Luxury & Exotics and Performance Auto & Sound. His passion for adventure and love of speed has taken him on a journey not for the faint of heart.
FILED UNDER:
Featured