LEGO DeLorean Time Machine: Going Back to the Future in Style 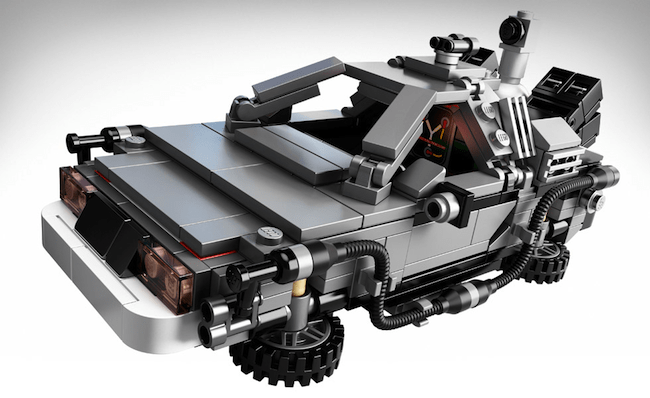 The LEGO DeLorean kit debuted this summer and includes the main characters from the movie: Doc Brown and Marty McFly. The all-in-one model comes with instructions to convert it to the original, hover-converted, and railroad models from each of the three movies, and retails for about $35-$55 dollars depending on the edition, but there is a unique feature to this LEGO box set.

LEGO gives back with this car set

The designer of this car set, Mashahi Togami, receives 1 percent of the profits for the LEGO set’s sales worldwide. The special part, and probably little known, is that Togami has pledged to donate his entire earnings from the DeLorean set to the Michael J. Fox Foundation for Parkinson’s Research.

Chosen by LEGO CUSSOO members, the set features a few key things like fold-up wheels and flux capacitor; all in 401 pieces to be assembled by the lucky buyer.

Limited to two per purchase on LEGO.com, the DeLorean Time Machine Car has been a hit thus far. If you grew up in the 1980s, it’s easy to see why.

Up Next: Best LEGO Sets for Car Lovers & Petrolheads Gear Editor
Our gear team sourcing and dishing out the latest in men's essentials for guys who pave their own path in life. From motor-inspired goods to EDC for adventure and everything in-between.
FILED UNDER:
FeaturedGearMan Cave Ideas