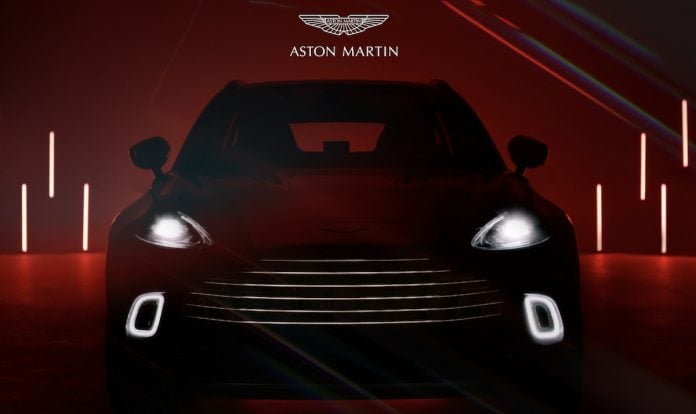 If you’re missing a luxury SUV in the lineup, are you really an automaker? Joining the other premium brands, Aston Martin finally throws its hat in the sport utility ring with the ultra-luxe 2020 DBX SUV, going up against rivals like the Lamborghini Urus (reviewed here), Bentley Bentayga, and Rolls-Royce Cullinan, to name a select few.

The Brit’s first-ever SUV makes its official debut on Wednesday 20 November 2019 in Beijing, China. To get a head start, Aston Martin has released official global 2020 DBX pricing starting at $189,900 in the US (including 3-years servicing), with consumer orders opening up on the 20th following the China debut.

Here’s pricing for the major markets:

DBX price compared to the competition

Of course, these premium SUVs all offer their own flavour and personality but non of them compromise on luxury appointments — both inside and out. The DBX being no exception, especially the interior where the company spent a great deal of attention.

As the company puts it, “DBX has been designed inside out to ensure owners feel instantly at home from the moment they enter the spacious cabin.” Yeah, we could certainly call this cabin home — because it’s literally the price of a new home.

Due to a bespoke chassis design, the design team had more flexibility to tailor the interior space to the specific needs of DBX’s customers. Sporting a low, streamlined roofline, the length between the wheels offered the team more room to optimize the hand-crafted cabin.

Apparently, over 6 months were spent just on the driver seating position alone — not just for comfort but also better visibility on the road, particularly, a clear view of the front hood to provide driver confidence when in tight proximity to other cars.

At the centre stack, the TFT screen is huge but not invasive as in many of the new cars these days (i.e. those massive, floating tablet style touch screens), integrating nicely into the sleek layout.

Bridged centre console a major feature in the cabin

But it’s the bridged centre console Aston Martin feels is the ‘standout feature’ inside the DBX’s cabin. This area keeps important items within reach while not occupying the passenger seat and away from dirt on the car’s floor mats; below, the floating bridge offers more space things like that big Gucci bag or big 1.5L water bottles — two very essential things, right?

The iconic James Bond car from the classic Goldfinger film is being recreated - working gadgets and all. Sporting 282-hp but not road-legal.
Read more
Aston Martin

The 2015 Aston Martin Vanquish is the Ultimate Grand Tourer