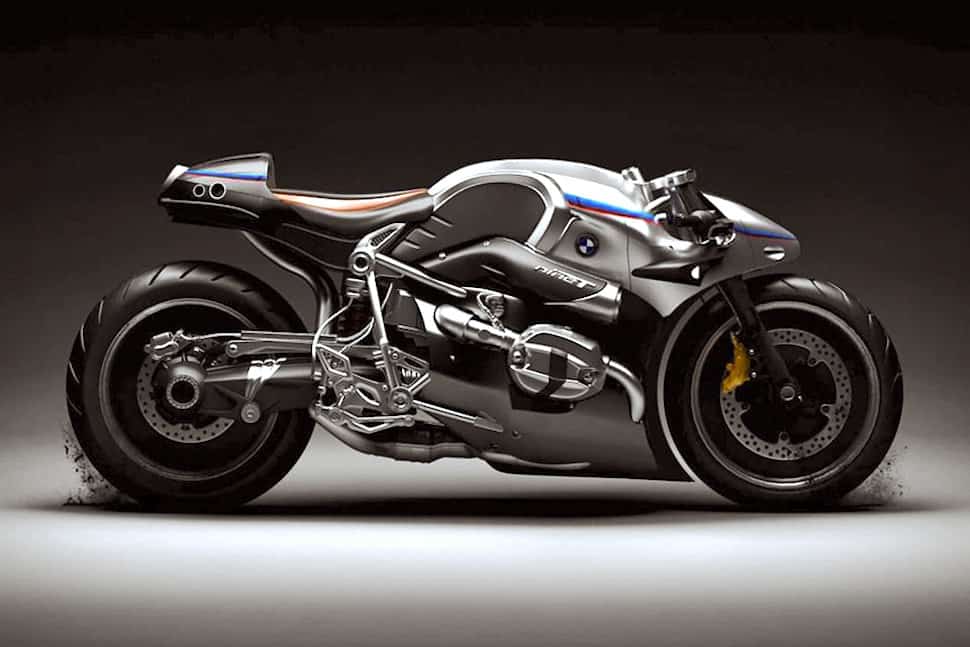 BMW’s popular NineT is a fan favourite due to its countless customization possibilities. But Turkish designer Mehmet Doruk Erdem has completely reimagined the air-cooled, boxer engine-powered bike with this stunning Aurora Concept.

Inspired by salt flat bikes, this aggressively-styled NineT concept with its low-slung, cafe racer-styled poise sporting a single exhaust is arguably one the coolest concept motorcycles we’ve seen in a while.

Commissioned by Istanbul’s GB Motobike, the Aurora Concept is just that, a concept. And whether Erdem’s sweet rendition of the NineT comes to fruition or not, we’re hooked on his work and excited to see what he puts out next.

Here’s another one of his creations from 2015: BMW Apollo Streamliner Motorcycle Concept is Built for Speed

As BMW puts it, “the R nineT has an uncomplicated style but nevertheless a completely unmistakable presence.” Yeah, the Aurora Concept takes this US$15,495 bike to a whole other level.