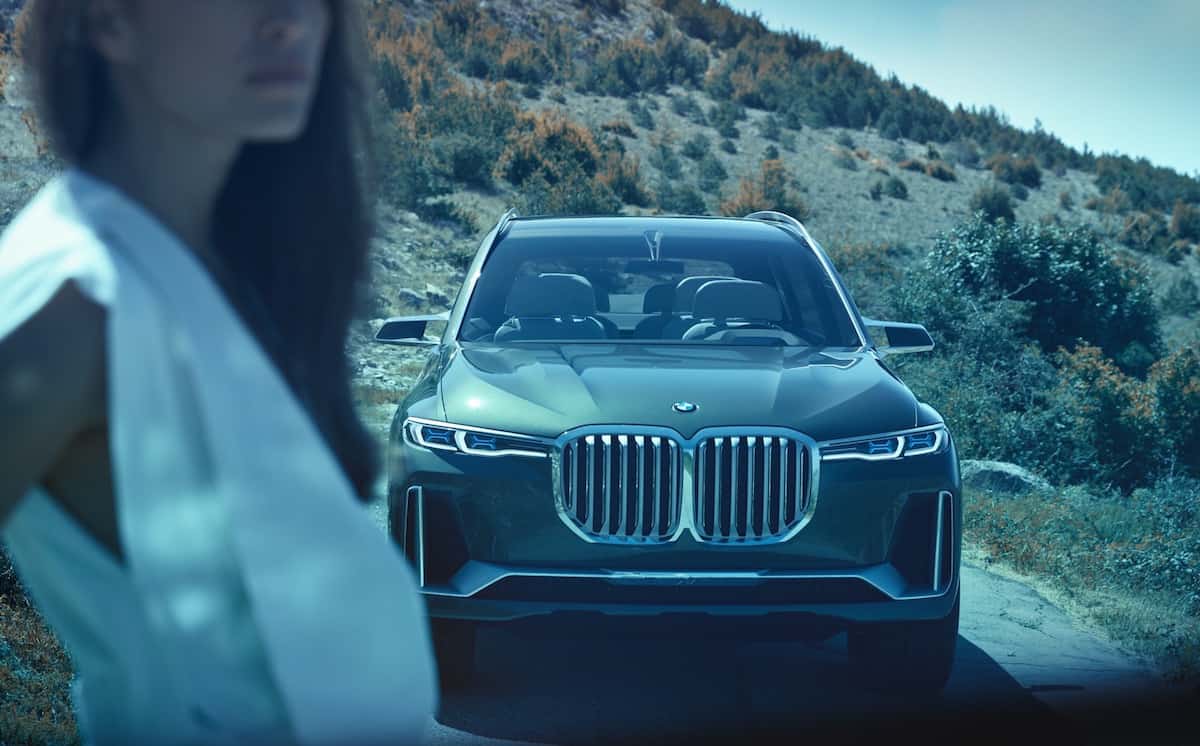 “Big” and “bold” might be the two best words to describe the new BMW Concept X7 iPerformance. Making its online debut just a few days ago, the large-and-in-charge SUV is making its first public debut at the Frankfurt Motor Show, alongside the new M5 sedan – and we have live images to prove it.

The concept mixes a chiseled exterior with a luxurious three-row interior surrounded by plenty of glass. The angular fascia is centered by an imposing set of kidney grilles, sleek LED headlights, and massive diffusers at either corner. There’s also a healthy amount of chrome, prominently outlining features like the fender gill, side sills, and windows.

Out back, a set of sharp LED taillights give the upright rear a more futuristic feel. L-shaped vents behind the fenders add some much-needed angular lines, and a large rear window opens up the cabin to the world, aided by an equally daunting glass roof and Y-shaped divider.

In the cabin, the concept has room enough for six passengers sitting along three different rows. A digital infotainment screen up front system features a large central screen and a digital dash, accented by various touch screen surfaces and a central control dial located near the shifter. Second row passengers also get a touchscreen system, allowing them to queue up music on the stereo, and stream videos.

Power comes courtesy of a hybrid plug-in powertrain paired to a turbocharged engine. The new iPerformance designation signifies the advanced powertrain unit, similar to the i3 and i8 before it. Though it’s just a concept, the production X7 will make its debut in 2018, and will be built at BMW’s U.S. plant in Spartanburg, South Carolina. [via]

The iconic 3 Series has been going strong for over 40 years, paving the way for sport sedans. Can the newly released 2020 M340i & M340i xDrive keep up?
Read more
BMW X Series