Utilizing a fuel-cell-powered electric motor, this may just be the ultimate mid-size pickup fit for any battlefield. 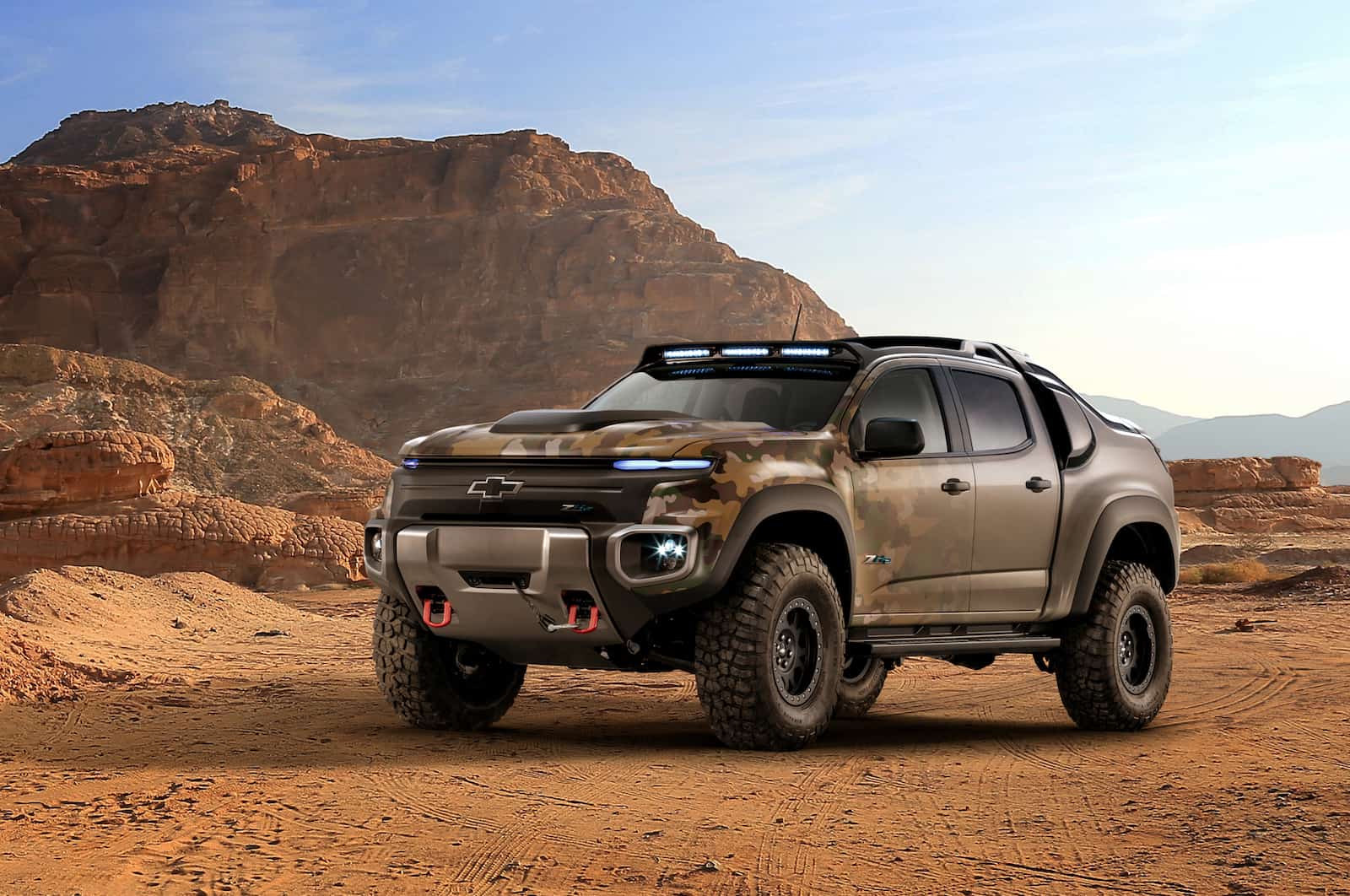 Just recently, Chevy brought back its popular midsize Colorado pickup, but nothing like this: say hello to the Chevrolet Colorado ZH2 – the American automaker’s most extreme off-road-capable fuel-cell-powered electric vehicle ever, unveiled today at the US Army Show in Washington, DC.

In less than one year, the Colorado ZH2 went from contract to concept thanks to the collaborative efforts of both GM and the U.S. Army Tank Automotive Research, Development and Engineering Center (TARDEC).

You probably won’t get the same results tweaking your Chevy Colorado, but when GM and the Army unite, it’s a little more feasible. Sitting more than seven feet wide, standing over 6½ feet tall, the Chevrolet Colorado ZH2 sits on 37-inch tires and a specially modified suspension that helps this glorified truck climb over and descend all manner of terrain.

Aside from the killer, tactical looks worthy of any battlefield, utilizing fuel-cell-powered electric vehicles makes sense for active duty because they have the potential to expand Army capabilities significantly through quiet operation, exportable power and solid torque performance. And, of course, low fuel consumption across the operating range which we’re sure is a huge asset in the field.

Don’t get your hopes up. Unless you enlist in the Army. Otherwise, the U.S. Army will test the Colorado ZH2 in extreme field conditions next year to determine the viability of hydrogen-powered vehicles on military missions.