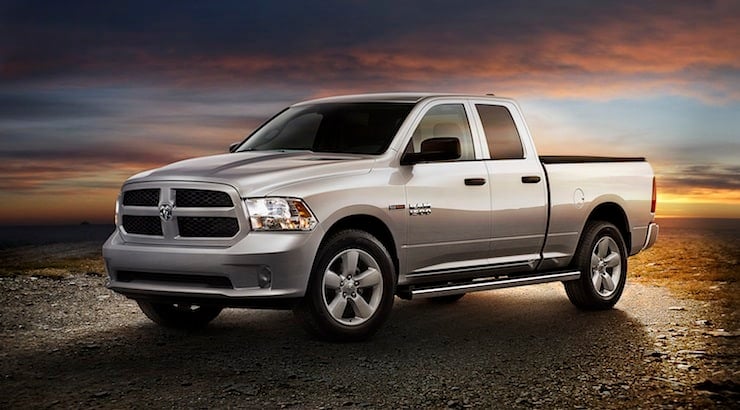 The only half-ton pickup with a diesel powertrain, we review the 2015 Ram 1500 EcoDiesel V6.

Those of us who have experienced the fuel economy of diesel engines in cars such as the Jetta TDI have long wondered: What would it be like to have a diesel engine in a light-duty pickup?

The first Ram I drove about 10 years ago had a honkin’ big HEMI V-8 engine, horsepower that would make a sports car blush and a thirst for fuel that would make frat boys look like teetotalers. The average when I turned it over to the next journalist was 24.8 litres per 100 kilometres.

You can well imagine how much I was anticipating my week in the Ram EcoDiesel.

You know that commercial at some gas station where the theme from Cheers is playing (“Where everybody knows your name…”) and the drivers with the SUVs and trucks and sports cars are all greeted by staff who are always glad they came?

And then a guy driving the subject car walks in and the place goes dead because nobody knows his name and they don’t’ really care he came?

With the Ram EcoDiesel, you’ll be that guy. I had it for a week, put on nearly 500 km driving to work and to the cottage and still had only burned a little more than one-quarter of a tank. My average when I turned it over? 10.8 litres per 100 km. On the highway, at 100 (see photo), it was reading nine litres per 100 km.

Jaw-dropping. It beats rivals such as the Ford F-150 EcoBoost and Chevy Silverado V-8 but without giving up a thing in torque or horsepower. The horsepower, 240, may not seem overwhelming, but horsepower isn’t the critical number. Torque is. And the torque is 420 pound-feet. Which is stump-pulling power.

The diesel shaves about a litre per 100 kilometres off the V-6 and about 2.3 litres off the V-8. Since the diesel is more competitive power-wise with the V-8, we’ll stick to comparing to the V-8. So for the average driver with low yearly kilometres, it’s hard to justify financially a jump to a diesel. Makes sense if you do a lot of long-distance towing or have other long-distance hauling needs.

Where the diesel makes the most sense is when drivers are already shopping at the higher end of the truck segment. For the 4×4 models of Big Horn and Laramie, diesel represents a $4,200 jump and for Laramie Limited 4×4, it’s a $3,650 jump. At that, payback comes at about 132,000 km.

For these calculations, for simplicity, I took an approximate average of diesel and gasoline prices found online and settled on $1.20 per litre. Diesel is, or on the day I wrote this, priced about $1.23 and gasoline is about $1.18.