Forget the Ferrari FF and go for this 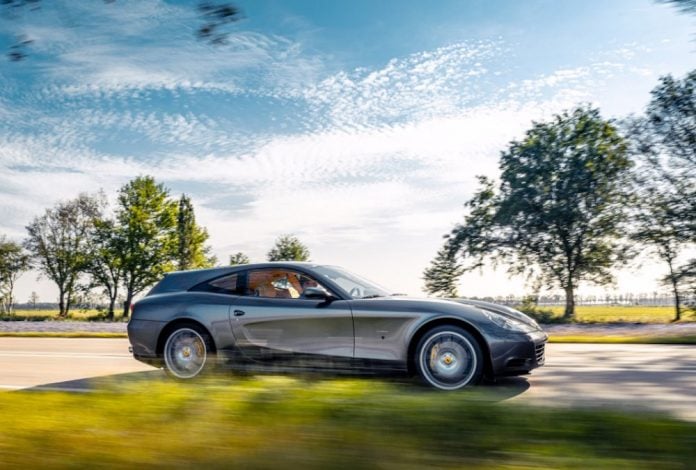 Short-lived, the stylish Ferrari 612 Scaglietti 4-seater was only offered between 2004 to 2010 before being replaced by the more robust Ferrari FF grand tourer with its 6.3L V12 under the hood (with the FF then replaced by the V8-powered Ferrari GTC4Lusso).

But Dutchmen Robert Koumans from Vandenbrink Design dreams up his own version of the Italian shooting brake, teaming up with Classic Youngtimers Consultancy to put out the Vandenbrink 612 — a 2005 model based on the Ferrari 612 platform, selling for €300,000 with 28,867KM at time of writing.

Produced in-house, the special edition Vandenbrink 612 gets more cargo space, a tweaked roofline, two rear seat skylights and a rear spoiler. With this initial model released, the company plans to roll out more bespoke 612s in limited numbers, but “exclusively for visionary and knowledgeable customers with passion for the underlying automotive quality, aesthetic excellence and historical significance” according to the builders.

To get a closer look at the Vandenbrink 612 Shooting Brake, head to the showroom of Classic Youngtimers Consultancy in Uden, The Netherlands. And if you’re ready to buy, have about US$336,000 ready to go and you better be “visionary and knowledgeable” to get on the shortlist.