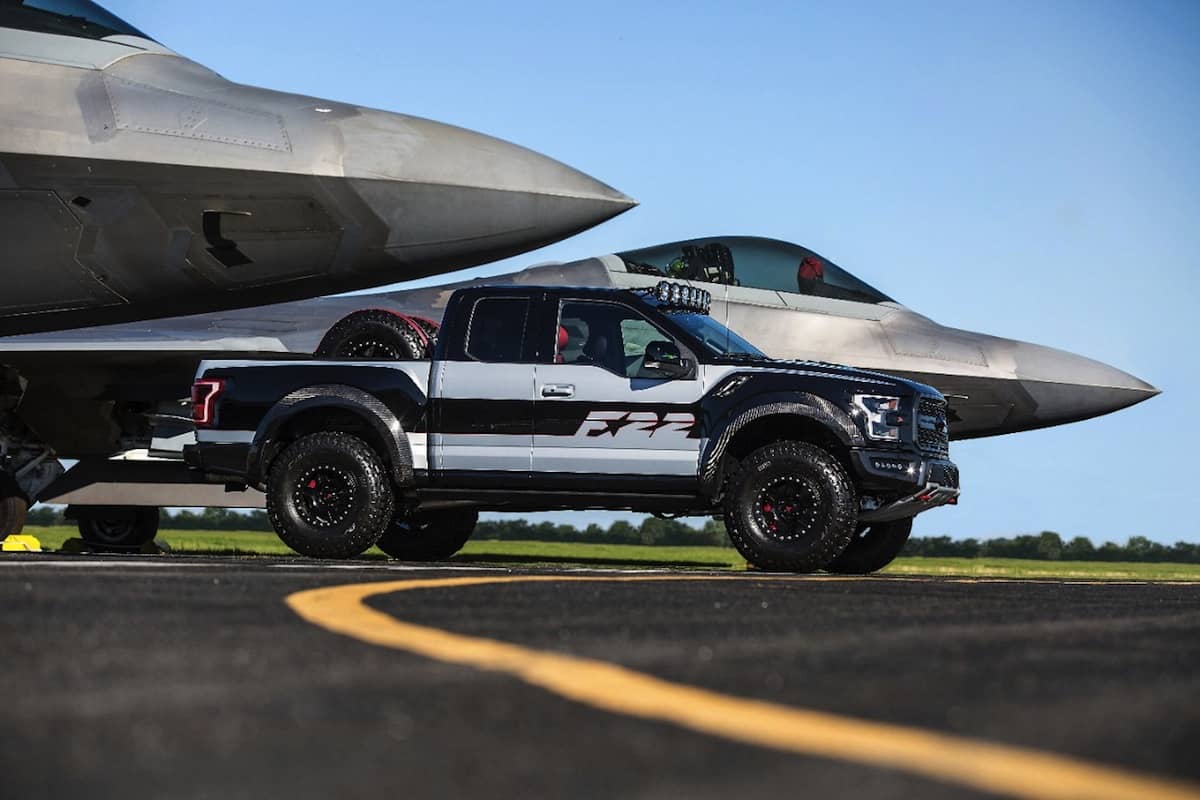 Based on the U.S. Air Force’s Lockheed Martin F-22 Raptor fighter jet, Ford Performance and Ford’s design team collaborate to build this one-off Raptor for auction at Experimental Aircraft Association AirVenture Oshkosh, bringing awareness to the Young Eagles while encouraging the youth to get involved in flight.

The F-22 F-150 Raptor sold for $300,000 to Las Vegas’ Gary Ackerman — Honorary Commander/Ambassador for the United States Airforce’s F-22 Squadron at Nellis Airforce Base in Nevada — with the funds donated to the Experimental Aircraft Association Gathering of Eagles; since 2008, Ford has helped raise over $3-million for the annual event by producing these one-of-a-kind special edition vehicles.

Ramping things up, this special edition Raptor finds modifications including a Whipple-intercooled, high-output 3.5-liter twin-turbo EcoBoost delivering 545-hp and 660 lb.-ft. of torque, versus the stock 450-hp and 510 lb.-ft. of torque.

As the design manager at Ford puts it, “Our job – both in the air and on the ground – is to intimidate the competition.” We’d have to say, Mission Accomplished. Plus, the money raised will enable Young Eagles to reach for the skies as well.