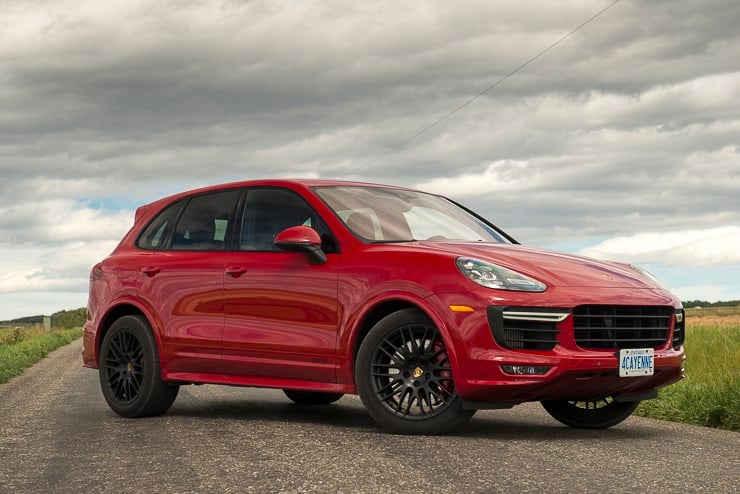 The Porsche Cayenne model lineup offers enough variety for consumers looking to get into a luxury SUV at the higher-end of the spectrum. From the entry-level V6 and Cayenne Diesel to an E-Hybrid offering and the totally insane Turbo S which goes beyond what we define as an SUV, the price-points span well over $100k moving across the scale. But then there’s the 2016 Porsche Cayenne GTS – the more stylized Cayenne offering that gets a little extra Porsche love and attention, and in my mind, the Cayenne model with the best value of the bunch starting at $95,500 US MSRP or $108,200 CAD.

Also check out: all our Porsche Cayenne Reviews

Gone is the heftier 4.8L V8 found in the 2014 Cayenne GTS (there was no 2015 Cayenne GTS offered), replaced with the smaller displacement, higher output 3.6L twin-turbo V6 for 2016. The new engine puts out 440-hp and 425.5 lb.ft of torque compared to 420-hp and 406 lb.ft from the outgoing V8. So no more naturally aspirated V8 goodness – instead, twin-turbo power sharing the same powerplant at the new Cayenne S, reaching 100km/hr in 5.2-seconds (or 5.1-seconds with the Sport Chrono Package). Plus, premium fuel now if that matters to you.

An active all-wheel drive pairs to the Cayenne’s 8-speed Tiptronic S transmission, all riding on the air suspension which includes the Porsche PASM system. Standard Features on the GTS

The 2016 Cayenne GTS starts at $108,200 CAD and comes equipped with the standards including 8-way GTS power sports seats up front wrapped in Alcantara centres; 4-point LED daytime running lights and LED tail light modules in the rear; a heated steering wheel with multifunction controls; and the Porsche PCM system with navigation paired to an 11-speaker system, to name a few. With any new Porsche, the customization and options seem endless. This GTS finds the following options: Visit here for more on the 2016 Porsche Cayenne GTS