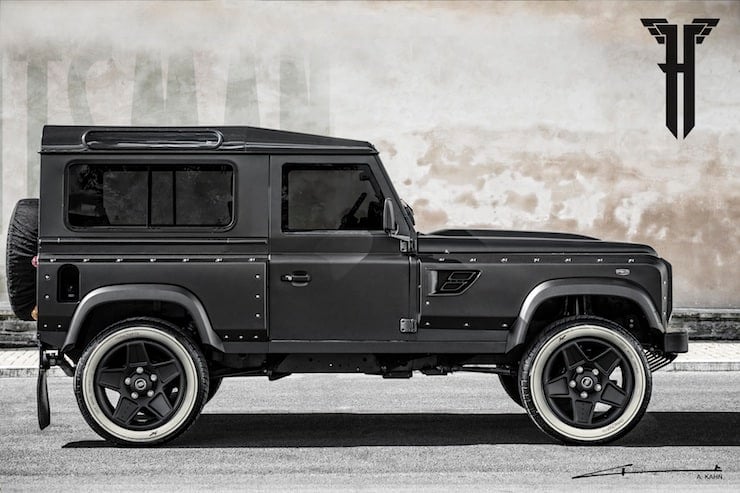 Kahn Design’s latest take on the Land Rover Defender is making headlines everywhere. Directly from the mind of company CEO and Chief Designer Afzal Kahn, the 105 Longnose is set to be revealed at the Geneva Motor Show. The Land Rover Defender Flying Huntsman 105 Longnose or, “105 Longnose” as its commonly referred to, has an extra 15 inches to its wheel base compared to the standard 90-inch wheel base found on most Land Rovers. Much like those before it, it comes equipped with a 6.2-liter LS3 V8 engine that boasts 400-plus horsepower and a six-speed automatic transmission.

Although it’s towing abilities may be a far cry from that of the original Defender, the 105 Longnose can tame even the most difficult of terrains. As a safety precaution to make sure the 105 Longnose would have enough power to stop or drive over any terrain traditional Land Rover Defender brakes and suspensions were upgraded.

Due to make its official debut at the 2015 Geneva Motor Show the Flying Huntsman will be produced entirely in the UK. The first in series of Flying Huntsman models that are in the works, Kahn Design have outdone themselves with the 105 Longnose.