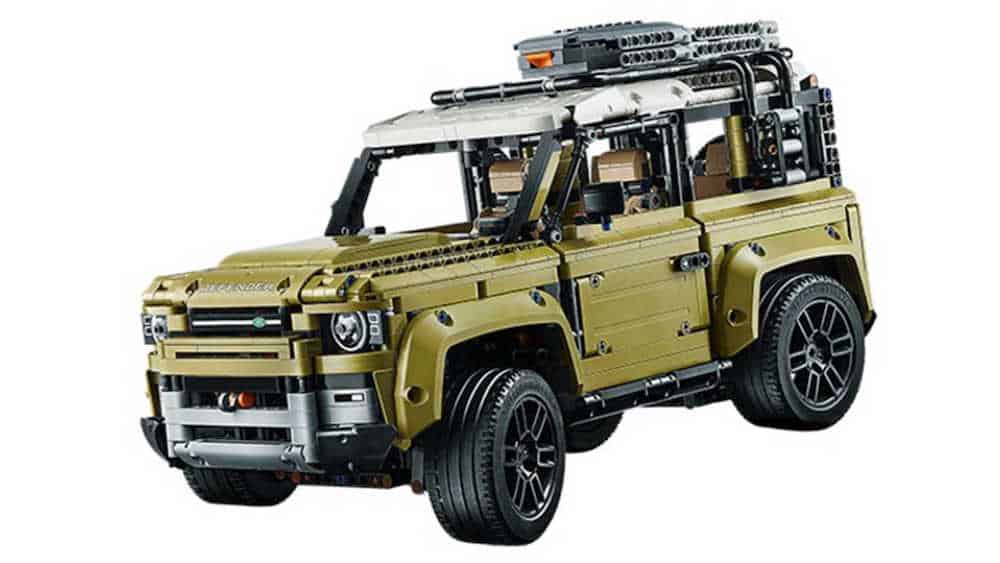 Did LEGO just spill the beans on the unreleased Land Rover Defender? The 2,573-piece Technic set is expected to drop this October 2019, with the real Defender SUV sometime in September.

Measuring over 22cm high, 42cm long and 20cm wide, the LEGO Defender features some cool little features including a 4 speed sequential gearbox, all-wheel drive with three differentials, and independent suspension, a 6-cylinder in-line engine LEGO says will be ‘detailed,’ and of course, a working winch up front.

We can’t confirm this toy Defender is an accurate replica of the real thing coming this fall, but based on Land Rover’s leaked photos, the comparisons with the Defender 90 seem dead on. Seeing as the real SUV debuts a month before the LEGO version (and this is a Land Rover x LEGO collaboration) there’s no reason to believe otherwise.

Either way, we love it and once completed this badass off-roader will look perfect in the man cave or sitting on the office desk. Brick Brothers lists the price at £159.99 in the UK, so expect a US$200+ price tag.

Meantime, check out these other sweet LEGO sets for car lovers.

Amee Reehalhttp://www.ameereehal.com/
Shooting cars professionally since film was a thing, Amee's work has appeared in various outlets including NBC Sports, Chicago Tribune, SuperStreet, GlobeDrive, MotorTrend, and others. He's the managing editor & founder of TractionLife.com. Find him travelling, spending time with his kids and family. Or golfing, poorly.
FILED UNDER:
FeaturedGear for Guys