The MI-TECH CONCEPT is a Beefy, Adventure-Ready Buggy Mitsubishi Seriously Needs to Build 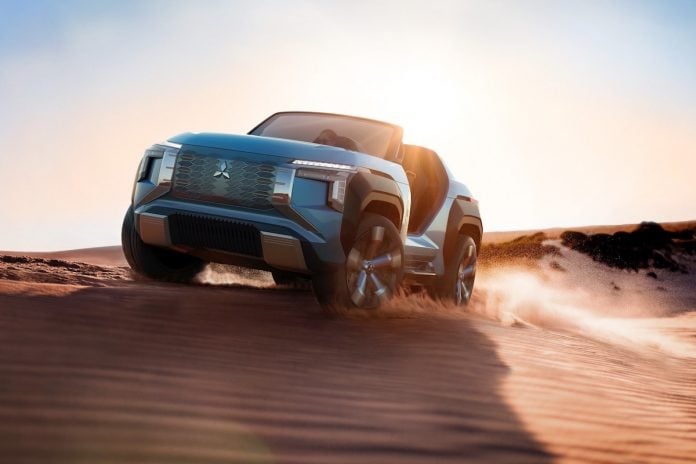 This adventure-going, rugged little electric car buggy from Mitsubishi is the type of stuff we like seeing from the Japanese brand. Unveiled at the Tokyo Motor Show, the MI-TECH CONCEPT likely won’t see the production line but we hope it does — despite producing the world’s best-selling PHEV SUV with the Outlander, Mitsu could use more robust, stylish offerings in their lineup, and this small-sized electrified SUV concept car might just lead the way (we hope). Powered by a new PHEV drivetrain, a four-motor electric 4WD system, and advanced driver assist, this buggy-type seeks to “deliver unparalleled driving pleasure and confidence over all terrain in light and wind,” according to the company. The beefy look comes courtesy of a bold front end with T-shaped headlights and an aluminum skid plate on the lower bumper. To conquer the rough stuff, the MI-TECH CONCEPT finds highly raised overfenders and massive tires. The chiseled rear design also gets matching T-shaped taillights found up front. The cabin is a spacey, minimalist space flossing a horizontal theme; there’s no real centre stack with the exception of some keyboard-shaped switches positioned atop a centre console. The handgrip doubles as a hand pad access the switches, minimizing clutter for that cleaner look. But the coolest cockpit feature is the AR windshield splashing info including vehicle, road, and surrounding traffic conditions across the entire pane of glass for a better heads-up experience. This dynamic concept buggy pretty much embodies the very essence of Mitsubishi-ness. 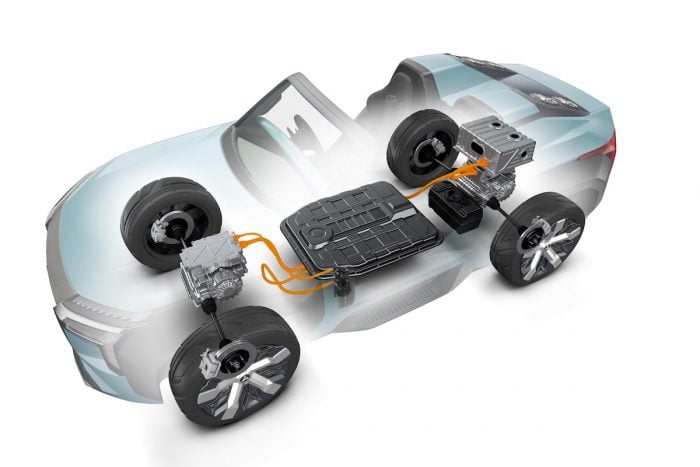 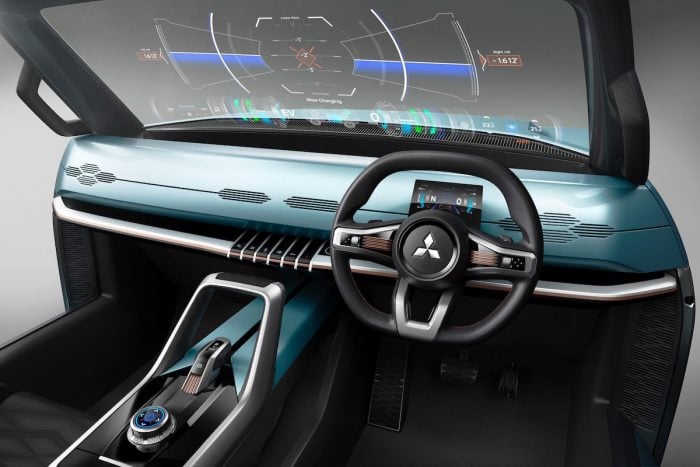