The Nissan Armada Snow Patrol: Suburbs to the Slopes 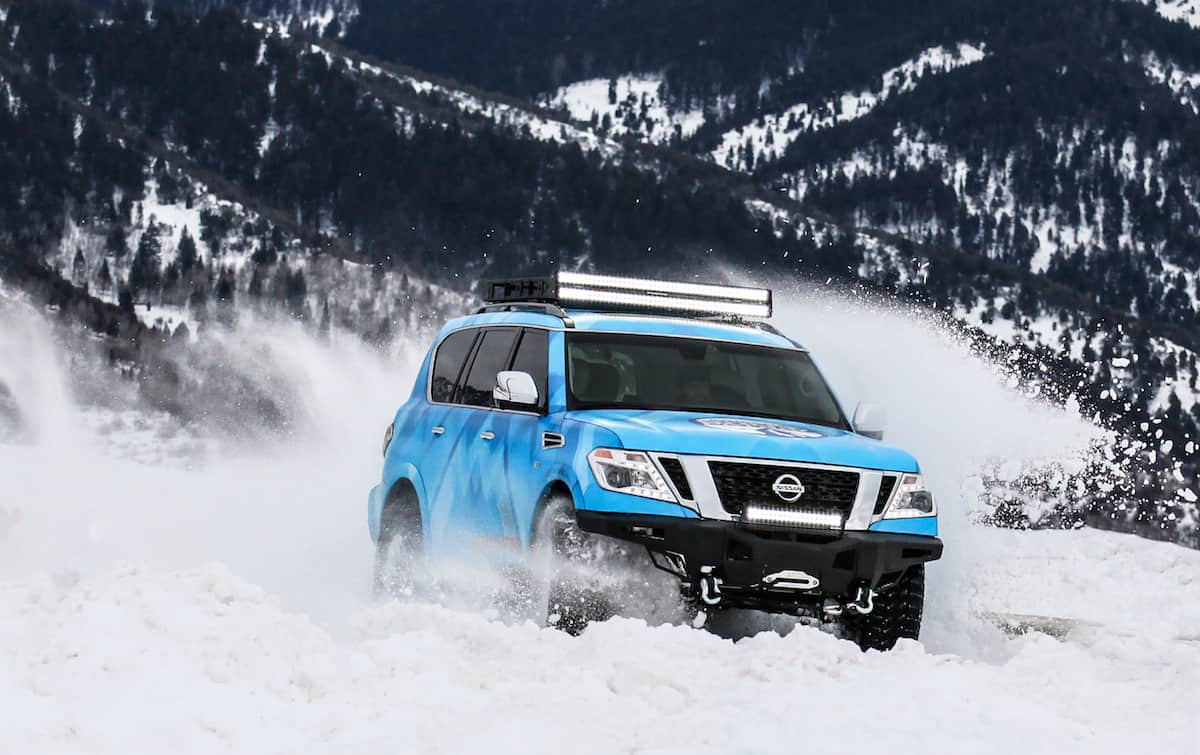 Most of us know Nissan’s flagship SUV as a full-size suburban family hauler. We had no idea the Armada doubled as an expedition vehicle around the world — dubbed the Nissan Patrol — replacing snow bunnies with stranded skiers on the slopes. As Nissan’s VP of Commercial Vehicles and Trucks puts it, “The Armada Snow Patrol project was completed using readily available aftermarket parts – thanks especially to Pro Comp and Katzkin – showing owners how easy it is to take their family adventures to the next level even in some of winter’s most severe conditions.”

He adds, ”We think this vehicle is going to attract a lot of attention among visitors to the Chicago Auto Show.”

The public can check out the Nissan Armada Snow Patrol from Feb. 10-19 during the  2018 Chicago Auto Show. The new Nissan Z car is finally here, but does the Z Proto successfully pay homage to the past? Or butcher the Z's iconic heritage?
Read more
Ford Bronco

The 2021 Ford Bronco is almost here - time to start thinking about accessories. These 5 Bronco 'Adventure Concepts' revealed by Ford should get you started.
Read more
Jeep Gladiator

A Jeep Wrangler with a V8 may be in the works if this Wrangler Rubicon 392 Concept is any indication. 450-hp, 0-60mph in under 5-seconds, lifted & more.
Read more
Nissan

Is a Nissan 370z replacement in the works? The automaker won't confirm it but we know designers are hard at work, possibly a 399-hp 400Z successor. Nice.
Read more
Land Rover Defender

With plans to trek from Arizona to Alaska for some fly-fishing, Arknonik built one lucky couple the ultimate 1995 Land Rover Defender, dubbed the Wader 110.
Read more

Nissan’s Burlier TITAN XD Gets a Major 2020 Refresh But Ditches...