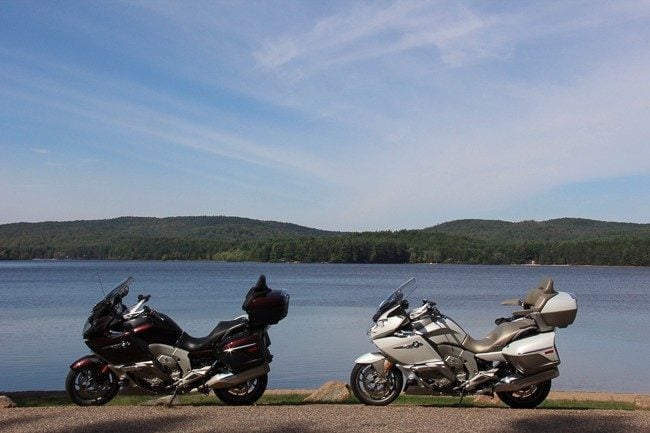 Riding a motorcycle in southern Ontario can often prove to be a frustrating experience. Just when you think you’ve escaped the mind-numbing colonial grid and stitched together a couple nice bends in a row, you’re back to riding in a straight line again without a curve in sight. Whenever and wherever bikers congregate, rides are recounted and tales are told of routes where smooth, serpentine roads could be found and enjoyed.

I had often heard of the legendary 507 and ridden it several times, but little did I know that it was just the tip of an iceberg. Located at the bottom of an area known as the Ontario Highlands, the region is made up of six unique districts: Comfort Country, Haliburton Highlands, Land O’Lakes, North Hastings Ottawa Valley South and the Upper Ottawa Valley.

Ontario’s Highland Region by the numbers:

Presumably carved out of the dense rock formations and vegetation by forestry workers with imagination and foresight, the roads through the area are perfectly crafted for the dynamics desired by motorcycle riders. Closer than expected but far beyond our expectations we would discover, my buddy Julian and I arranged a pair of brand new BMW K1600GTLs for a few days of exploring. Getting out of Toronto proved to be the most stressful and challenging part of the trip.

Getting out of Toronto

Exercising the dexterity of our left hands and giving the clutch a good workout, the mind-numbing city gridlock meant that we didn’t even see second gear until we got to the top end of the Don Valley Parkway. Getting off Highway 404 at Highway 8, we jogged across 8A, to 48, 12N, then 48 again to 35N to Norland where we stopped for a bite at Café Diem, a unique coffee shop that is just on the edge of the Ontario’s Highlands. Continuing north on Highway 35 toward Minden, we couldn’t resist stopping at the Carving Gallery since they had a giant motorcycle sculpture out front constructed of reclaimed materials called The Motorcycle Mama. Owner and talented craftsman Walter VanderWindt has painstakingly created a fascinating gallery of wood carvings and a mystical playground to entertain the kids.

Following along Highway 35 we reached the Dorset lookout tower which would be impressive any time of year but was particularly spectacular given that the leaves were beginning to change colour to vibrant yellows, oranges and reds. We then headed east on Highway 60 towards the Spectacle Lake Lodge where we would spend the night. Arriving after dark, it wasn’t until we awoke the next morning after a restful slumber that we recognized the true beauty of the establishment and its surroundings.

Not surprisingly located on Spectacle Lake, the Lodge has long been a favourite place for snowmobilers in the winter but is just now being discovered by motorcyclists. The lovely owner Sharon Mahussier does her best to source local ingredients for the kitchen. “I like to help support local farmers but the added benefit is that we are also able to get the freshest milk, meat and produce because it came from our neighbour.” Supporting local businesses as well, her restaurant also offers Muskoka craft beer and coffee from a local aficionado who delivers the beans the same day he roasts them. That’s fresh! Smooth, predominantly traffic-free roads meander and snake through wide expanses of scenic
landscapes as you travel between quaint little townships that each have their own unique
flavour and heritage. Unlike the more densely populated areas of southern Ontario, you won’t
find constant and ubiquitous eyesores like big box stores, strip malls and franchise chains like
Starbucks every 100m. What you will find are interesting heritage sites that chronicle the
history of each region, which is more culturally diverse than one would expect.

Touring the Ontario Highlands can at occasionally cause you to feel like you are travelling back
in time due to the architecture, traditions and pace of life. Faithful to the customs of their
ancestors, many people live a far simpler, less stressful lifestyle than we big city folk do.
Offering some much needed perspective, your shoulders can’t help but relax after spending a
few days in the region. We happened to meet up with Madawaska Valley Councillor and fellow
biker Carl Bromwich while checking out the Barry’s Bay Visitor Centre which happened to be
hosting a weekly farmer’s market. When asked why the area is becoming popular for
motorcyclists, he responded by saying, “The natural scenery we have here, the roads that
match a motorcycle’s desire for twisties and turnies and the history of the area that we are still
living. This is not a fake history we’ve assembled for show,” he said before adding, “People live
history here. As you ride through each settlement in this particular area, people are actually
living the same way they did back in the settlement days with modern amenities.” The Algonquin Nation make up a great deal of the Highlands and are known for their rich
heritage and harmonious interaction with nature long before the European settlers arrived.
Paying homage to the past is an important aspect of the community’s heritage, visually
demonstrated by visiting Zurakowski Park – a moving tribute to Avro Arrow test pilot Janusz
Zurakowski that features statues, monuments and highlighted by a scaled-down replica of the
controversial ill-fated jet.

A surprising amount of cultural diversity is present in the area which harkens back to the
settlement days. Who would have guessed that the best Polish cuisine I have eaten in my
entire life up to this point was at the highly recommended Wilno Tavern just outside Barry’s
Bay.

Paying homage to the past is an important aspect of the community’s heritage, visually
demonstrated by visiting Zurakowski Park

Speaking with friendly and hospitable locals in each area to find their favourite places to
eat, stay and visit was part of the fun. Bromwich directed us to Old Barry’s Bay Road, a
favourite route of his featuring 78 turns in 11 kilometres which he has adapted into his daily
commute.

Our most difficult decision over the course of our excursion was whether to stick to
the main roads which were good, or go off the beaten path to find the great ones – of which
there were many. From there we met up with Loop Road and stopped in to Olde Ridge Authentic Barbecue – a classic southern-style smokehouse that
is well worth the visit. We followed Loop Rd to Wilberforce and turned right on County Rd 4
(Essonville Line) and made a left on Highway 118 towards Haliburton to check in to the
Pinestone Resort where we’d be spending the evening. A mere half-hour drive from downtown
Ottawa or three hours from Toronto, a precious few visitors come to the region to experience
relaxation and solitude while others enjoy outdoor activities like hiking, white water rafting,
fishing snowmobiling or mountain biking.

After taking in a scenic loop through the Haliburton region, we pointed the bikes south down
Glanmorgan Road to Gooderham and then continued south on legendary 507 to Flynn’s
Corner’s where the gas station has become a popular staging area for riders coming and going
from the renowned stretch of road. It was definitely an enjoyable ride, but truth be told it paled
in comparison to the roads we had been experiencing all weekend.

Boasting a simpler, more relaxed and rustic way of living, people were friendly and happy to
offer directions and suggestions for wining and dining without a hint of pretension. As the
Muskoka and Kawartha regions fill up and become unattainable to those of us without
trust funds, the Highland Region is currently Ontario’s best kept secret. After all of the value it
offers to those who visit there, I don’t see it staying that way for long. 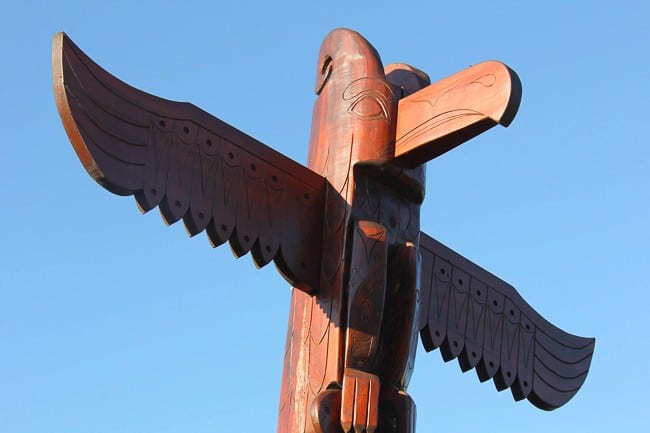 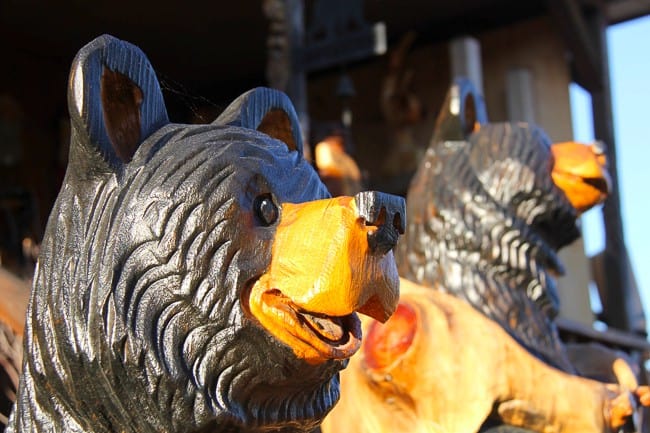 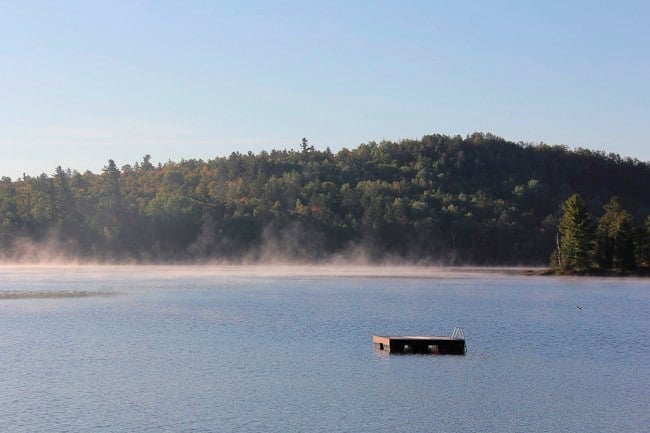 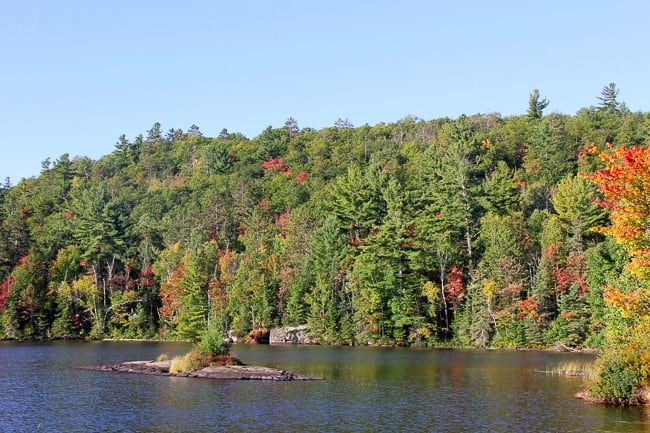 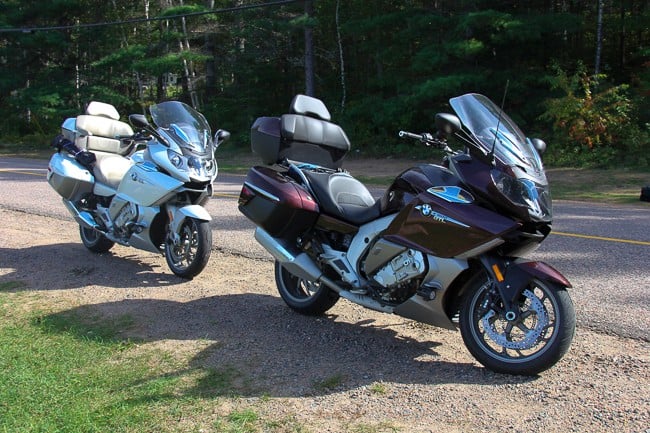 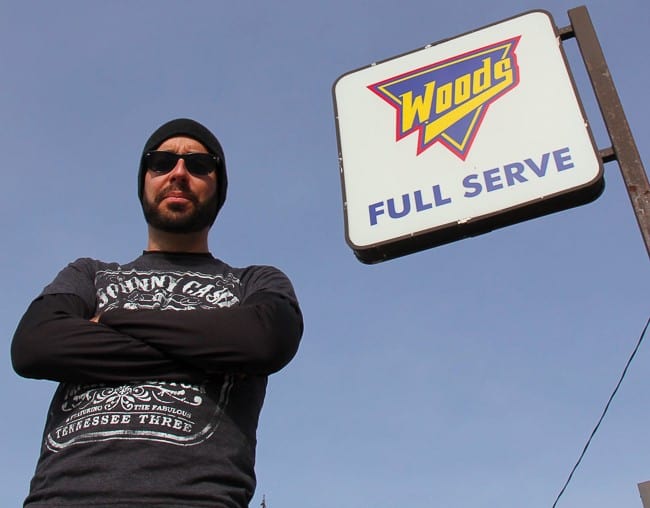 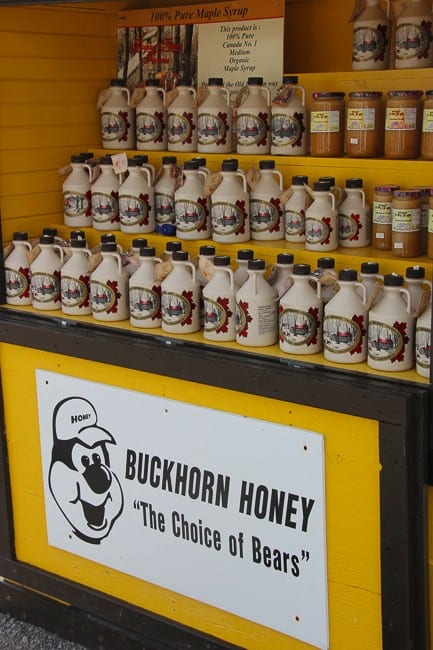 Dustin Woods
For the better part of a decade Dustin has been contributing automotive, motorcycle, travel and lifestyle content to the likes of The Toronto Star, Robb Report, Motorcycle Mojo, Sun Media, Motorcycle.com, Moto123.com, Inside Motorcycles, HOG magazine, BMW Motorcycle Magazine, Modified Luxury & Exotics and Performance Auto & Sound. His passion for adventure and love of speed has taken him on a journey not for the faint of heart.
FILED UNDER:
MotorcyclesBMW MotorcyclesCultureCulture Features

COVID-19 pandemic may be halting progress but research & development on the Mustang Mach-E must go on. Here's how 3 Ford engineers are doing it - from home.
Read more
Motorcycles

Bottpower’s track-tested XR-1 is a welcome spin on the Buell XB12 streetfighter, available as a customizable kit in whole or in specific parts.
Read more
Mercedes-Benz