Your kid needs a Power Wheels Mustang and you know it

Say Hi to the Smart Drive Mustang - with traction control 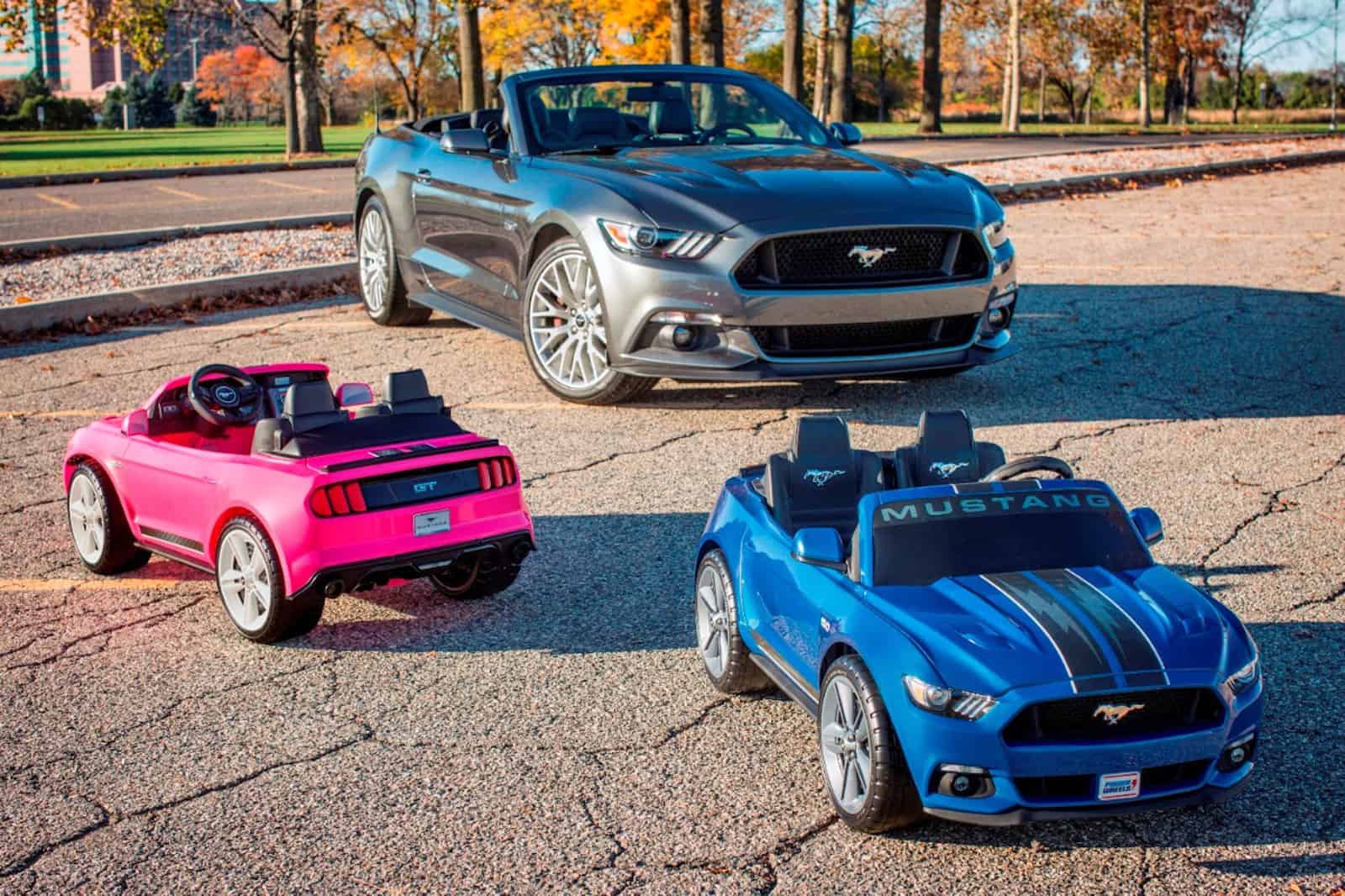 When Ford and Fisher-Price come out with a new Power Wheels equipped with traction control, digital speed control, battery and stability monitoring, we’re happy for our kids. But we’re also thinking, where the hell was this stuff when we were growing up?!

The new Mustang Power Wheels is to date the most advanced version of this battery-operated ride-on toy ever produced. And the Mustang is one of the best-selling sports cars, so it’s likely your kid will be sporting a matching ride.

Officially called the Smart Drive Mustang, Fisher-Price developed the scaled-down car, available in blue or pink, from real Ford design data. The result is an amazingly realistic Mustang – sized just for kids – that captures the spirit, style and high-tech features of the V8-powered Mustang GT.

Some of the features include slow start/stop where the motor ramps speed up or down for fast starts and short stopping distances; traction control with a computer monitoring for wheel slip, regulating speeds to help keep the car going over wet grass or bumpy terrain; digital speed control via a backlit LED touch interface providing mom and day ability to control speed; and stability monitoring with a sensor that can shut off the motor to prevent any dangerous rollover situations.

Starts at $360 US and currently this Mustang Power Wheels appears to be backordered.

If a Formula 1 simulator is on your shopping list, the Full Motion + G-Force sim racer with a GPX wheel & D-BOX suspension is worth a look.
Read more
Ford

COVID-19 pandemic may be halting progress but research & development on the Mustang Mach-E must go on. Here's how 3 Ford engineers are doing it - from home.
Read more
Man Cave Ideas

Here's a closer look at the range and charging options for the 2021 Mustang Mach-E, both RWD and AWD configurations. Plus, closer look at home charging.
Read more
Man Cave Ideas