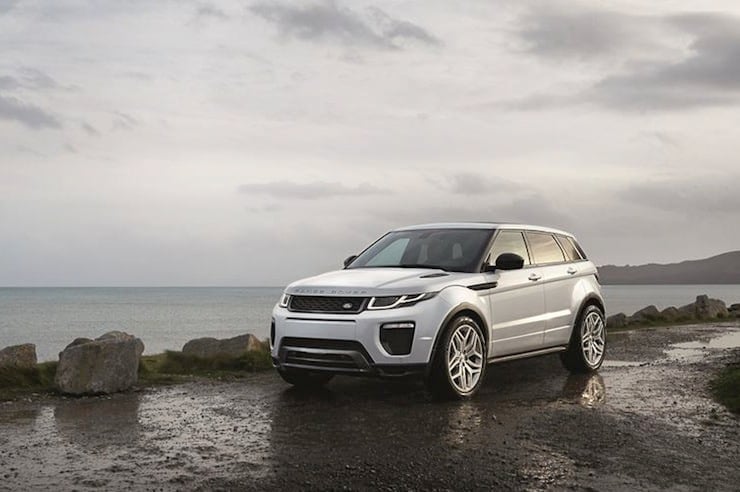 With the Geneva Motor Show underway, Land Rover has brought an updated version of its popular Range Rover Evoque SUV.

For the upcoming model year, the Evoque receives a few aesthetic changes. Beginning at the front is a new bumper accentuated with larger air intakes and LED fog lights. Two new grille choices have also been made available.

Out back there is a new spoiler integrated into the tailgate. A new feature in the tailgate allows approaching people to open it with a flick of the foot beneath it.

Interior of the new Evoque Also making it to the Evoque for 2016 is Land Rover’s inControl Touch infotainment system as standard equipment.

A 2.0-liter, four-cylinder engine making 240 horsepower mated with a nine-speed automatic transmission will be standard. The Evoque will receive two TD4 diesel engines as optional, though they won’t make it to the U.S. market.

With the Land Rover Range Rover Evoque proving popular for Land Rover customers, the 2016 updates should keep the stylish SUV looking good for the next several years. Though the biggest news from Land Rover though is the confirmed production of a convertible Evoque. Now that is an SUV we can’t wait to see. Anthony Alanizhttps://anthonyalaniz.com/
Born and raised in the shadows of Detroit, Anthony has been writing about the automotive industry since 2008 — before the bailouts, bankruptcies and buyouts. Industry news and car reviews are Anthony's ammunition and working for outlets including CarandDriver.com, Revvolution.com, The Daily Telegram is the vehicle to deliver them. J-school graduate, weekend mechanic, car enthusiast and open-road connoisseur.
FILED UNDER:
Subcompact SUV CrossoversLuxury Subcompact SUV Crossovers