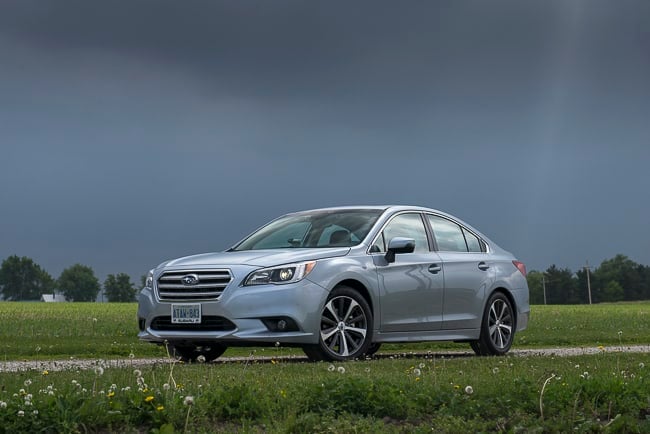 Subaru is stepping up their game lately, proving to consumers they’re not all about reliability and proven all-wheel drive. While important, consumers today are demanding a bit more, from stellar styling to a premium cabin. The all-new Legacy has certainly done that. Nevermind AWD for a minute, Subie’s new family sedan hits all the marks and a group of accredited journalists collectively feel the same way.

In an early morning press conference at the opening of the Canadian International Auto Show in Toronto, the 2015 Subaru Legacy claimed top honours when the car was declared the 2015 Canadian Car of the Year (CCOTY) by the Automobile Journalists Association of Canada (AJAC). The Subaru Legacy also won its class as the “Best New Family Car under $30,000”.

Fifteen “Best New” category winners were eligible for the top honours after being announced on December 2, 2014.  Subaru was a double winners as were Hyundai, Mercedes-Benz, and Porsche. Other category winners were BMW, Ford, Honda, Kia, Toyota, Volkswagen and Volvo. The fifteen “Best New” categories cover the full new-model spectrum, including “Best New Small Car,” “Best New Luxury Car,” and “Best New SUV/CUV.”   Most mainstream categories are further divided by price, such as over or under $35,000, to better provide fair and relevant comparison.

The all-new Ford F-150 won the 2015 Canadian Truck of the Year, also announced early this morning.