New vehicles for everyday drivers - in other words: no glossy concept cars. 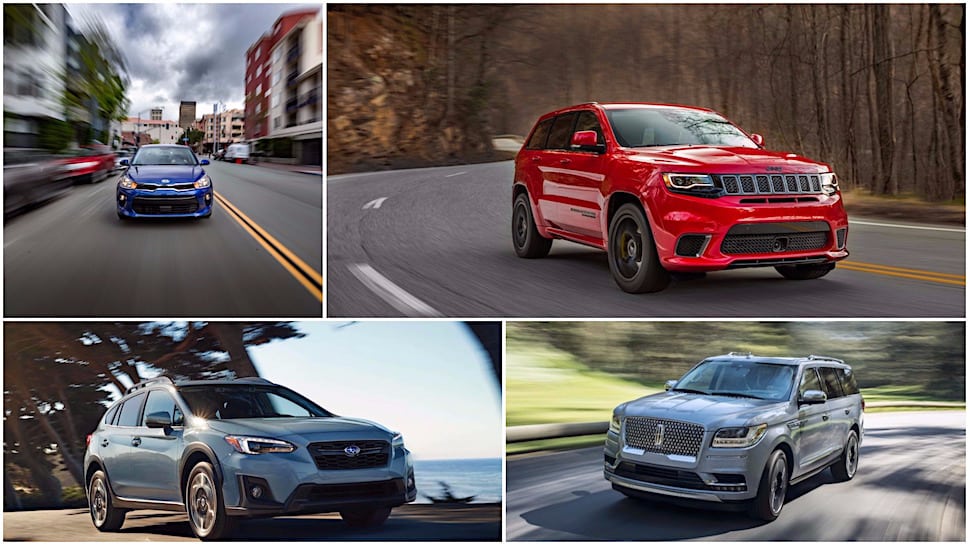 The last major North American auto show until LA late in the year, the 2017 New York International Auto Show debuted some significant consumer vehicles by the major brands this year, as expected — and we’re not focusing on the concepts here. Instead, the cars and SUVs most of you will be shopping for in 2017. From the compact Kia Rio for entry-level buyers to the 707-hp Jeep Grand Cherokee Trackhawk for the dad who’s always late for soccer practice.

As with most all-new offerings, these vehicles generally share the same attributes: new styling, improved cabins with better cargo space, refined power plants, and more technology — in particular, Apple CarPlay and Android Auto smartphone connectivity which is finding its way into most vehicles today. And that’s a very good thing (no more expensive, optional nav-infotainment upgrade necessary when Google Maps from your phone can now do the heavy lifting).

The big reveals from the show this year

Buick has always been a great choice for luxury consumers who can’t quite step up the the Cadillac brand, or are simply looking for affordable, domestic opulence. To add more value, they’ve introduced a new sub-brand dubbed the Avenir, and the 2018 Buick Enclave is their first product — the full-size, three-row luxury SUV we’re familiar with but now with little extra love including more standards, better interior materials, and differentiated styling exclusively for the Avenir moniker.

Subaru’s popular Crosstrek is completely new for 2018. A revised engine with a few extra ponies, new sleeker styling, and a base 2.0i trim that gets an impressive list of standards. For the stick-shift lovers, the 2018 Crosstrek finally introduces a manual transmission; it’s standard now while a CVT is optional.

Lincoln unveiled their full-size SUV Navigator that’s been completely redesigned as well, taking luxury to another level with a roomier cabin (if that were even possible for this 7-passenger beast), better storage management, and sweet styling that will command the road on any long-haul trip.

A big one, the world’s most powerful, quickest SUV debuted thanks to Jeep: the 2018 Grand Cherokee Trackback with 707-hp via a supercharged 6.2L V8 engine.

Crazy. It’s been an exceptionally good couple years for the Nissan GT-R with both the GT-R Premium and GT-R NISMO receiving major refreshes earlier this year. And now, North Americans can get behind the wheel of the new 2017 Nissan GT-R Track Edition: a 565-hp version designed to deliver a higher level of performance than the GT-R Premium.

Finally, while the 2018 Alfa Romeo Stelvio officially debuted already in Europe, the Italian automaker’s first-ever SUV made its North American intro at the New York show.

Other worthy debuts from the show

Here are several other debuts that didn’t make this cut: