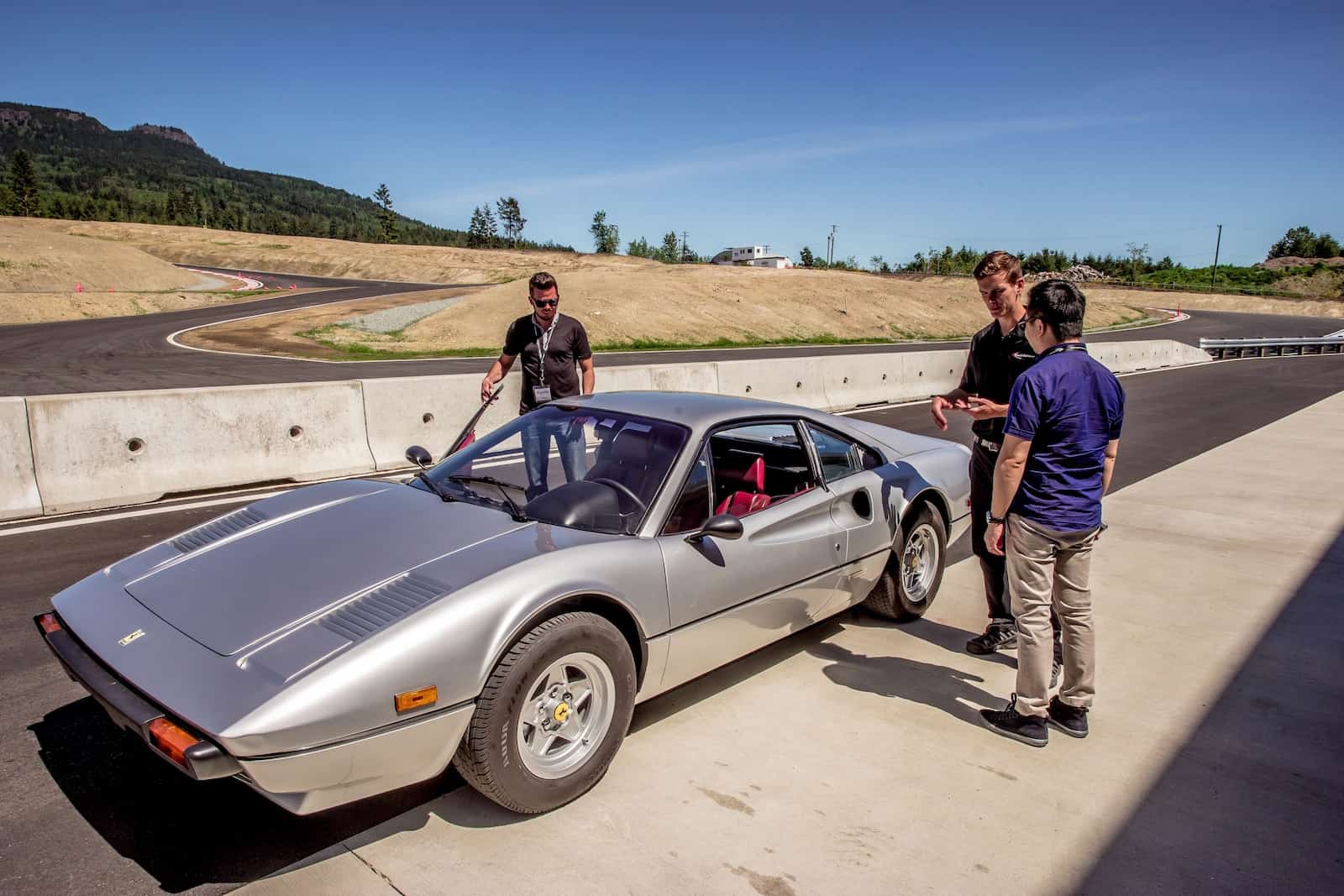 Cowichan, BC — It’s not every day that you get to drive on a racetrack designed by noted tarmac guru Hermann Tilke. But if you become one of the fortunate 499 club members of the brand new Vancouver Island Motorsport Circuit (VIMC), that’s exactly what you can do.

Located about halfway between Victoria and Nanaimo, VIMC opens to the public this June after a meteoric development: It took just 36 months to go from concept to completion. During a media event held in May, it became clear that the only thing missing from the facility were a handful of finishing touches, such as grass in the infield of the 2.3-km track.

The brainchild of the people behind the German Automotive Import Network (GAIN), an island-based car dealer group, VMIC utilizes a membership model similar to a golf country club. There is an initiation fee as well as annual membership dues. In exchange, members gain almost unlimited access to the track and a 15,000 square foot clubhouse that includes a dining space, locker room, meeting rooms and a viewing stand to watch the action.

The perfectly paved turns, 19 of them in total, were designed by Tilke, the man responsible for all of the tracks to join the Grand Prix calendar recently, including those in Bahrain, China, India, Russia and Singapore. While his tracks have been criticized for causing processional races in F1, this is more due to the nature of the cars than weaknesses in the design.

Without a doubt, the VMIC layout is fantastic: It bends back on itself, incorporates elevation changes, features blind turns and will reward those drivers with technical expertise. The track is better suited to more nimble vehicles, but there are two straight sections that favour horsepower over anything else. There are also some very big braking moments on the circuit, but plenty of paved run-off should things go sideways.

The track will double in size in about two years’ time with the addition of a more high-speed layout that will blast through an adjacent forest. The description of this forthcoming section — a scaled down version of the Nürburgring Nordschleife — is fitting given that Tilke has raced on the real thing in the VLN Series. Another addition will be a mild off-road course designed to test the capabilities of trucks and SUVs.

The weather in the Cowichan Valley is among the most temperate in Canada and rainfall is not as big a concern as one might think, so VMIC is being promoted as a year-round playground. For people who love to drive fast cars without fear of incarceration, this facility deserves a close look.