More than a roof rack upgrade 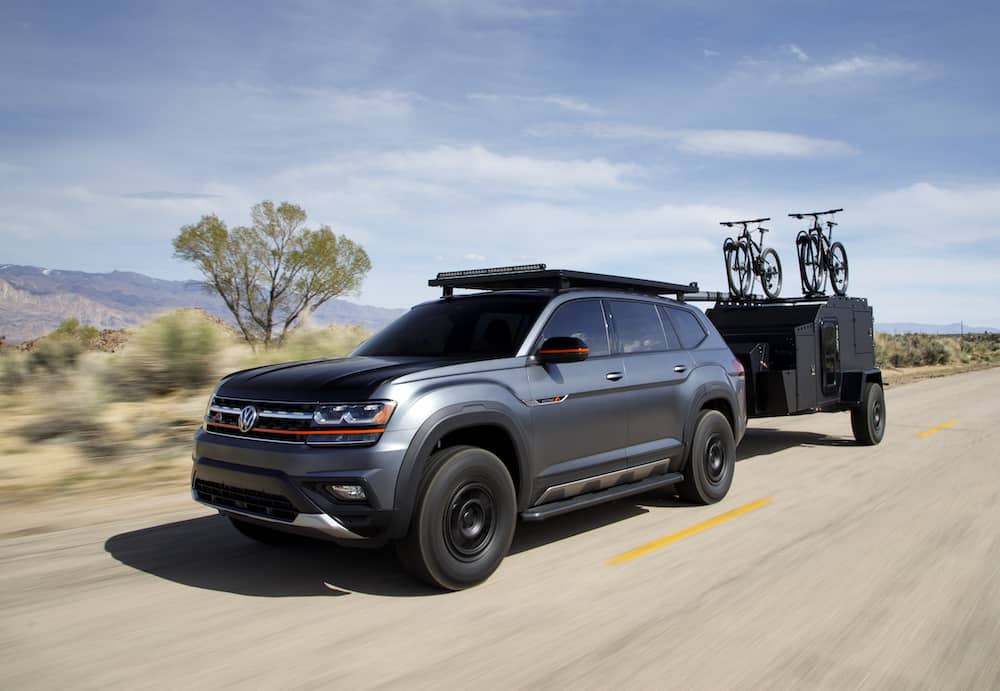 Volkswagon’s new 7-passenger SUV gets the overland treatment with this badass Atlas Basecamp concept, making an appearance at the upcoming New York Auto Show and SEMA show later this year.

With the iconic VW camper only available overseas, it’s nice to see the German throwing us adventure-ready North Americans a bone. Well, sort of — this trail-seeking hauler is only a concept but built on the available Atlas SEL Premium trim, it shows us what is possible. And we’ll take it.

While some automakers jump on the ‘adventure-ready’ bandwagon by slapping on a roof rack and taking photos in the mountains, this VW SUV is proper ready to take on the unbeaten path.

As the company puts it, “Whether you are taking on a series of challenging single-tracks with your favourite mountain bike or enjoying a relaxing evening under the night sky, the versatility of the Basecamp Concept provides ideal mobile solutions for just about any adventure.”

Sort of a fluffy, corporate-type statement, but we get it.

Powered by the same 3.6L VR6 engine found in the Atlas SEL matted to the 8-speed transmission, the Basecamp puts down 276-hp equipped with the Volkswagen 4Motion all-wheel drive with Drive Mode Selection, so going off-road won’t be an issue.

This Atlas variant steps it up in a few major ways: the blacked-out fifteen52 Traverse MX Concept wheels are custom and wrapped in beefy 265/70R17 all-terrain rubber.

It gets a custom body by by Air Design, lift gate by H&R with coil over springs that raise the ride height around 1.5 inches, a roof rack with bike mounts, and LED light bars up top.

The platinum grey and black with orange accents looks sharp, too.

Taking it a step further, VW pairs the Atlas Basecamp with a US-built expedition trailer with matching wheels and tires. Inside, expect a queen-size bed, kitchenette (stove, fridge, sink, freezer), and pullout canopy.

Get up close with this VW SUV concept at the 2019 New York International Auto Show next week, or check it out in Las Vegas later this year at SEMA 2019.