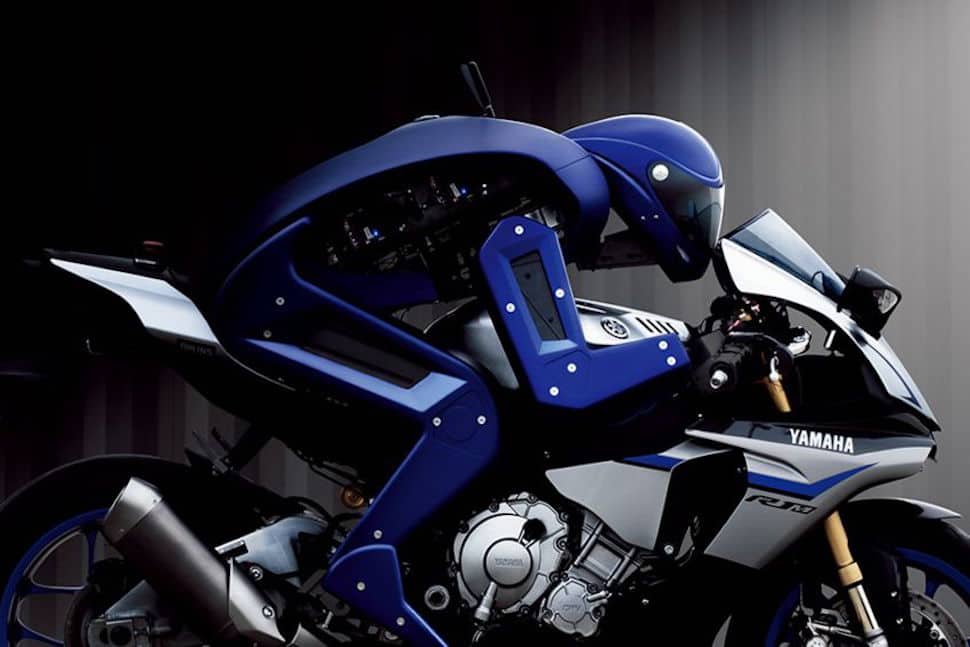 A pre-show nugget for riders and concept fans, Yamaha has teased the Motoroid: a new concept motorcycle that can interact with its rider thanks to trick artificial intelligence. Shown ahead of the Tokyo Motor Show, the bike packs native AI technology which Yamaha says can give its rider the experience of “kando”, the Japanese concept of deep spiritual inspiration and satisfaction.

Glancing at the images, the electric-powered Motoroid has battery cells that look like chrome canisters positioned beneath the seat, which itself comes with a radical racing-inspired design. We can see that the Motoroid has got a seat, handlebars and a solid set of brakes, so this isn’t a purely autonomous motorcycle – or a cute ‘pet’ as some commentators have likened it to – but rather it’s a machine built for riding and interacting with.

Yamaha’s Motoroid is one of 20 various concepts the Japanese builder will showcase at the Tokyo Motor Show beginning on October 27.

Check out some of the other motorcycle concepts we’ve featured. A human-destroying, weaponized machine on two wheels, Skynet's Moto-Terminator (based on a Ducati 1100 S) is just what John Connor needs to fight back.
Read more
Motorcycles

The BMW NineT is popular for its countless customization possibilities. But designer Mehmet Doruk Erdem's take with the Aurora Concept is something else.
Read more
Concept Motorcycles & Future Bikes

Bandit9 Project Odyssey Motorcycle: A Leap Into the Future

The group at Bandit9 is renowned for producing futuristic, distinctly-styled motorcycles. The Project Odyssey is their new signature piece.
Read more
Motorcycles

Together with his design team, Edgar Heinrich drafted this future scenario and designed the BMW Motorrad VISION NEXT 100.
Read more
BMW

First glance of the Akrapovič Full Moon Concept Motorcycle it's hard to tell whether this is a piece of art or an actual form of transportation.
Read more