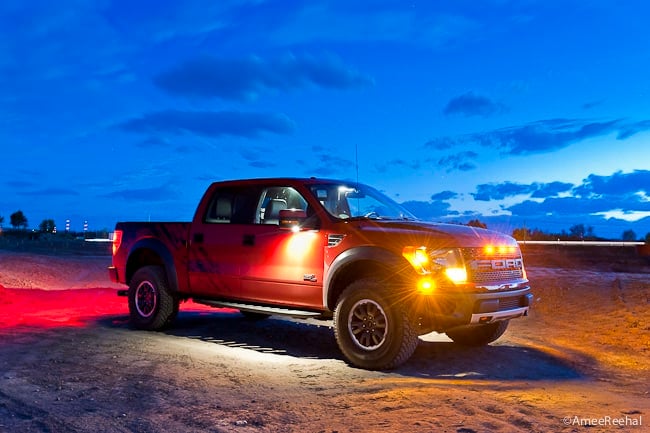 not much had changed this time around. But while the aroused public sentiment remained the same, the 2011 Raptor did see a few significant changes, now finding a much welcomed SuperCrew cab option (not available last year) and a standard 6.2-litre engine (previously an option).

Ford continues to lead the way with technology and innovation, consistently introducing a wealth of features into their products, and the 2011 SVT Raptor is no exception, including an electronic locking rear axle which engages with the pull of a switch, locking the rear gears together for maximum traction and power; Hill Descent Control allows the driver to control hill descent without applying the brakes; an off-road mode engaging a third throttle map and shift schedule for improved off-road performance; unique, cast-aluminum SVT front control arms providing extra and track width; and a massive front skid plate protecting the front underbody and engine.

New standard technology for the 2011 SVT Raptor include: Now, the Raptor is finally available in a SuperCrew offering a 5.5-ft box and a 145-inch wheelbase. For our little family, the extra doors were a welcome addition proving easier loading/unloading baby duties, especially with a child seat. A standard 4.2-inch LCD productivity screen also finds it’s way into the 2011 Raptor.