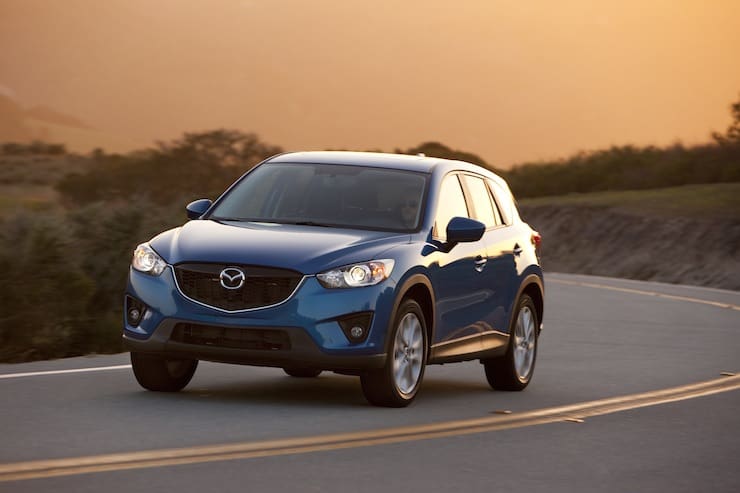 Mazda’s crossover with AWD and style, we review the 2015 CX-5 GT top-end model

Mazda first showcased their full suite of SkyActiv technology—the automaker’s name for their refining of nearly everything, from the engine to the chassis, to produce a more efficient automobile—on their CX-5 crossover. The result, when coupled with Mazda’s Kodo “Soul of Motion” design language, was a hit.

The Mazda CX-5 debuted as a 2012 model and quickly became a head-turner. When I first drove the vehicle after it was released, I noted that it looked much richer than it actually is. To Mazda’s credit, the design hasn’t faded at all in the past three years.

For the 2014 model year, Mazda made a few tweaks to address some negative distractions—mainly the CX-5’s power output. As I said when driving the 2012 model, it felt a bit underpowered. Attempting to blend performance and efficiency is incredibly difficult and Mazda mainly achieved it; but they decided to introduce a 2.5L engine, which produced 184 HP and 185 lb-ft of torque, as an option. Suddenly there was a CX-5 for anyone in the crossover market.

And that brings us to the 2015 Mazda CX-5. Mazda made their major changes last year, which means the 2015 version remains largely the same—and that’s the best news about this model. The CX-5 was fun to drive in 2012 and is even better today. I tested the top-end GT AWD model, which features the 2.5L four cylinder engine paired to a six-speed automatic transmission—and I really felt the difference. The extra power (the standard 2.0L engine outputs 155 HP) comes through quite noticeably. Gunning up to highway speeds happened a second or two quicker and it responded to my input with much more eagerness. Handling is typical Mazda—sporty yet light and easy to maneuver. This is one of the liveliest crossovers to drive in this price range.

The extra power and AWD diminishes the CX-5’s fuel economy when compared to the 2.0L FWD iteration, but still comes in at a respectable 8.9 l/100 km combined. During my test week the CX-5 burned fuel at a rate of 10.9 l/100 km. Not bad at all, especially considering most of the week was spent in city roads.

Mazda shows off its styling ability in this top-end CX-5. While it doesn’t have the finesse of luxury crossovers—and it never attempts to give you that impression—it gets quite comfy in this trim level. Leather-trimmed seats, power moonroof and premium materials around the cabin give the CX-5 a leg-up on the competition in the styling department. Space upfront is more than enough, with room to stretch and settle in for longer drives. Rear legroom is adequate for adults but, like in most crossovers, you’re not afforded much more space when compared to family sedans.

This is where things get a little dicey. Mazda teamed up with TomTom to introduce a navigation system, available through the Technology Package, that’s well beyond their previous iterations. I’ve heard some complain about the functionality of it, but I had no problems. Entering destinations via voice commands is a breeze—say the full address all at once and it gets it every time. A lot of other systems still have issues doing that.

However, once the vehicle is in motion the touch screen becomes touchless. Want to quickly change a setting? Can’t do it—at least through the quickest means possible. They got it half right; maybe this will be one of the next tweaks Mazda makes.

Everything else is displayed brilliantly. There are three chunky HVAC controls with a small screen that shows all of the vitals, and the speedometre and trip computer are bright and easy to see above the steering wheel.

The CX-5 starts at $22,995 with my GT AWD tester coming in at $35,095, which includes Mazda’s $1,795 Technology Package option. For all that’s included in this trim level, it feels like a worthwhile number for arguably the best looking vehicle in its class with great fuel economy and a well designed interior. But, if you don’t mind dropping a few of the frills you can safely take a step down to the GS trim without losing the more powerful engine. Either way, though, you’re in good hands. 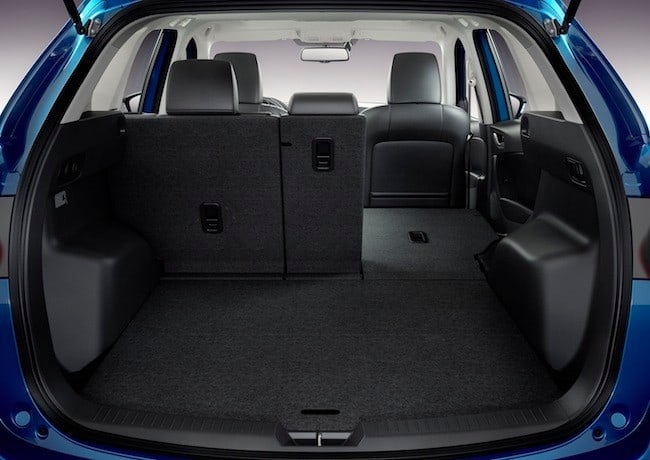 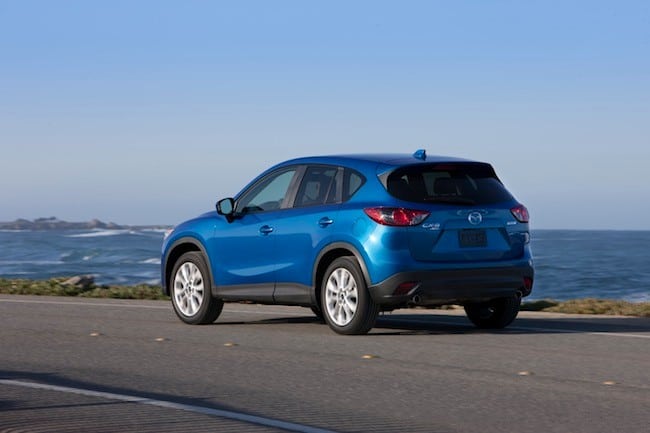 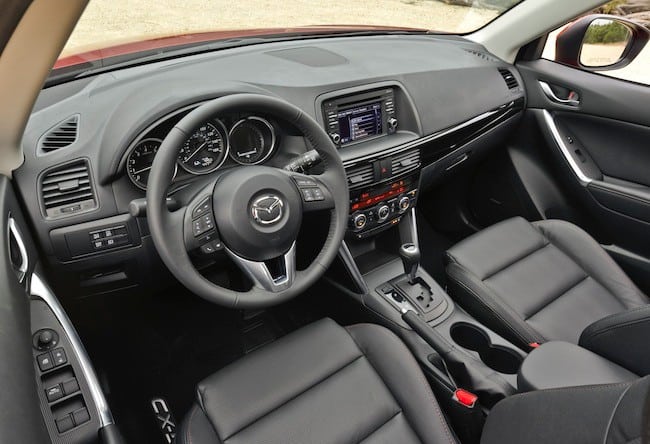 Travis Persaud
Travis Persaud has contributed to a number of magazines across North America, including enRoute and Exclaim! He loves variety and it shows in the wide range of topics he’s covered: automotive to music, technology to travel, beer to real estate. He’s currently the editor of WHERE Ottawa (city travel guide), beer columnist for Ottawa Magazine, a frequent contributor to CAA Magazine and the former associate editor of Zoomer Magazine.
FILED UNDER:
SUV and Crossover Reviews2015 SUV and Crossover ReviewsMazdaCar ReviewsMazda Reviews

We take a closer look at each of Chevy's small SUV and crossovers including Trax, Trailblazer & Equinox. Plus, a look at the big ones, too.
Read more
Mazda

Ford's roster of small SUVs and crossovers is growing. Here's a look at them all: EcoSport, Escape, Bronco Sport, Edge, and Mustang Mach-E.
Read more
Mazda

Mazda fills another SUV niche, but does the 2020 CX-30 bring anything different to the table? Considering the Mazda3 GT/Hatch is cheaper & just as capable?
Read more
Mazda

Turbocharged power returns to the Mazda3 lineup for 2021 - the first time since 2013 the company has offered a turbo engine in its entry-level 4-door model.
Read more
SUV and Crossover Reviews

We review the 2019 CX-5 Signature with the Skyactiv-D motor. Diesels remain a rare, costly alternative to its gas-powered siblings. Is this SUV different?
Read more
Kia