A leaner, meaner snow-conquering machine with more power for 2017. 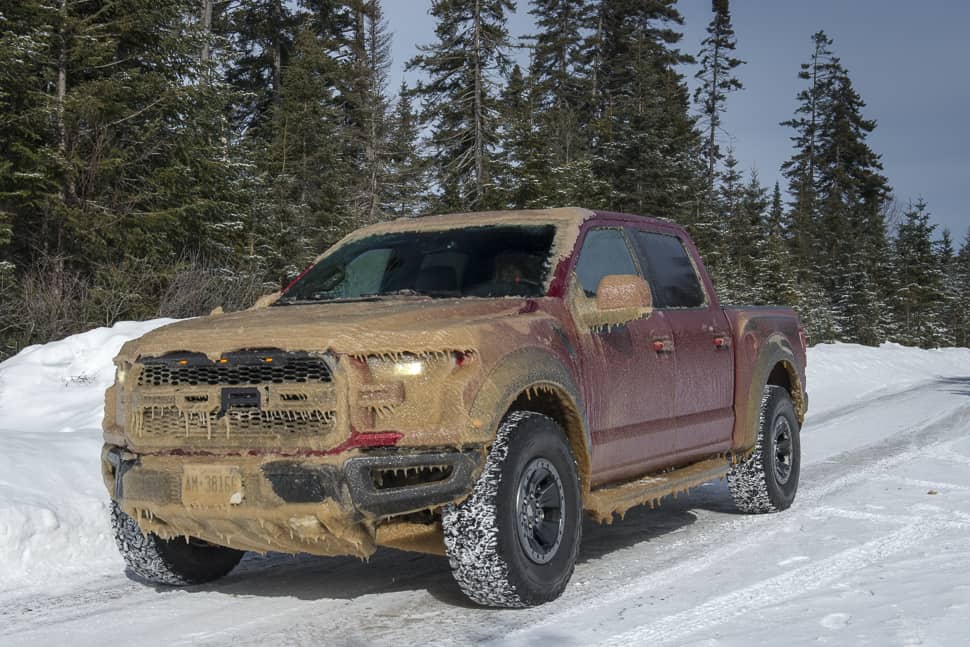 Mirabel, QC – Sure, the new 2017 Ford F-150 is the ultimate off-road performance pickup designed and built to conquer the uncompromising elements of the Baja desert. But sporting that giant front skid plate, muscular haunches, and what seems like a thousand other performance upgrades compared to your typical F-150, we’re confident the Raptor can handle pretty much any terrain or seasonal elements, snow or sand.

We spent a day with the 2017 Raptor in rural Quebec, driving through the rolling hills and roads that saw continuous rainfall the previous day, frozen over for our journey. But no matter, the unintimidated Raptor handled the conditions with ease. And with six drive modes, there’s always an option to suit the driving situation and terrain.

On the highway, the Raptor drives well and surprisingly smooth. And with the new 10-speed transmission (yes, ten), there’s always the right gear at the right time, while offering better acceleration and performance compared with the previous 6-speed auto transmission.

For 2017, gone is the 6.2L V8 in lieu of the more efficient 3.5L EcoBoost, offering a 3-percent improvement in fuel efficiency and 5-percent decrease in drag to further increase fuel figures. Paired to the F-150’s aluminum body and unique body panels, the 2017 Raptor sits 6-inches wider than the F-150, and is 500-lbs lighter than the outgoing Raptor.

We had a rare chance to really put the Raptor to the test at the Mecaglisse Motorsport complex and race track in Quebec, Canada, on a narrow, closed-circuit course with a professional driver behind the wheel who pushed the truck’s limits, throwing the Raptor into icy corners and cold puddles with ease.

Preventing the Raptor from bottoming out is the new standard FOX Racing Shox with internal bypass technology that dampens and stiffens the suspension travel over rough terrain. Standard TORSEN front differential helps enhance the off-road capability by significantly increasing grip for the front end of the truck, allowing it to pull itself over obstacles and up steep grades. In addition, several calibration changes to the powertrain, driveline, traction control, ABS, and AdvanceTrac stability control system help ensure optimal off-road performance which we got to experience first-hand.

Whereas I’d simply kept the Raptor in 4X4 set to automatic transmission (keeping it safe, y’all), our pro-driver opted for two-wheel drive and taking full advantage of the SelectShift Manual, allowing him to manually request an upshift or downshift from the transmission when he needed it; there are steering wheel mounted paddle shifters but our man actually preferred the small shifter button mounted toggle switch. And for the rest of us, to prevent the engine from running at too low and rpm, the tranny will automatically handle some downshifts.

No question, the new 2017 Raptor is goes over and above what most of us require in a pickup truck, even for the weekend warriors going off-road. This truck sits wider than the F-150 so it won’t fit in your garage; no chance it’ll clear the height limitations of underground parking lots; and will undoubtably garner a great deal of attention. And the hardcore may be deterred by the new 3.5L V6 compared to the heftier 6.2L V8 (despite the former being more efficient while offering more power). But rolling in an overachieving, midsize pickup in complete confidence adds a whole other layer to your commute — and perhaps ego. And dropping your kids off at school in monster like the Raptor is pretty cool too. 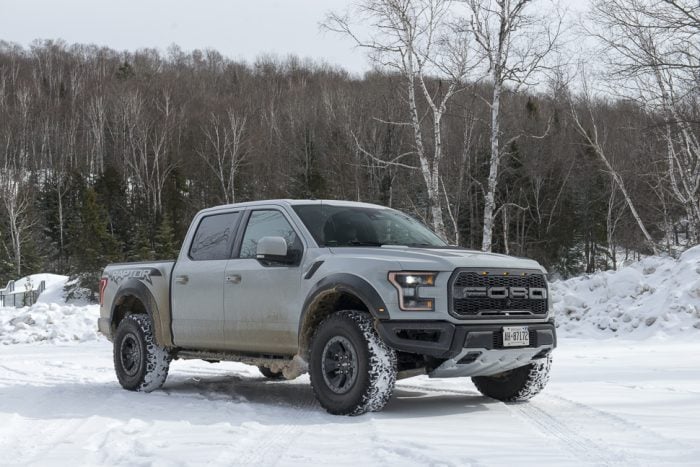 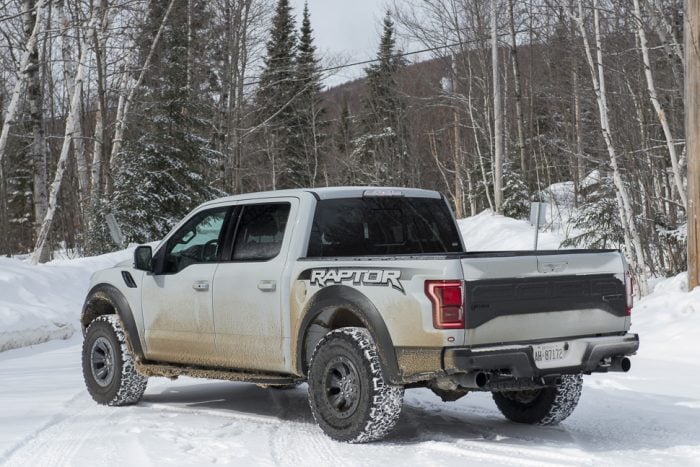 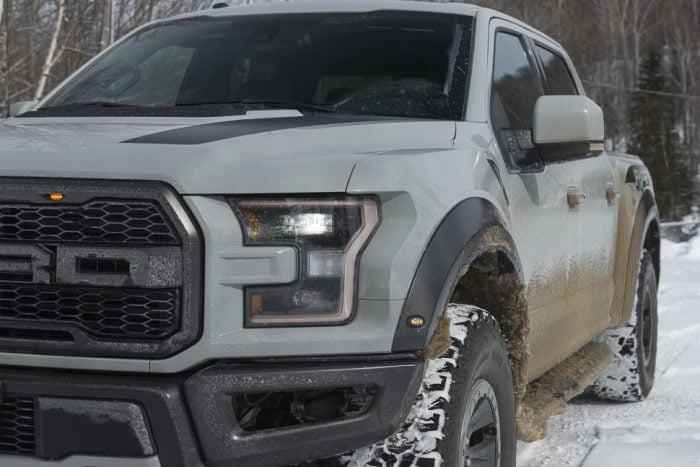 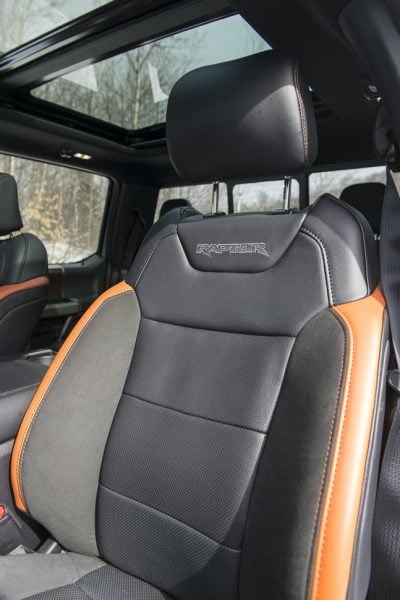 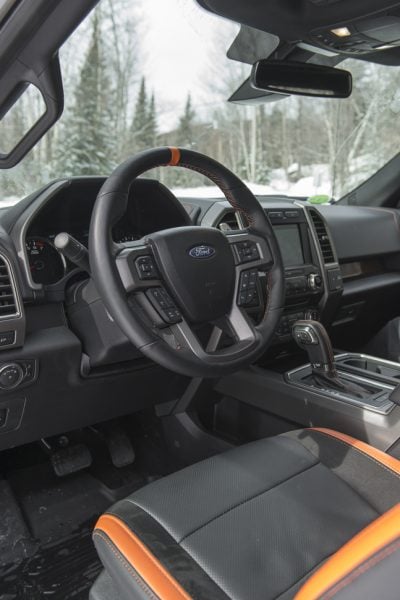 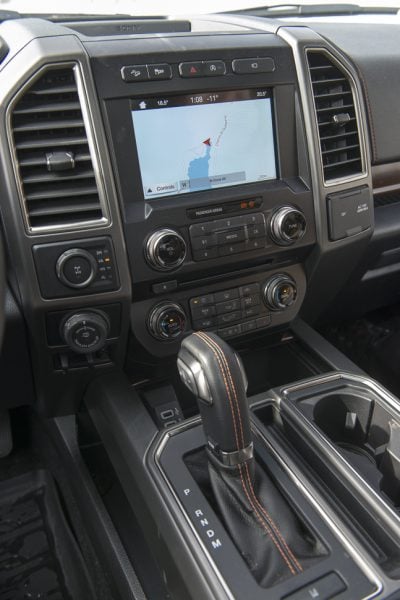 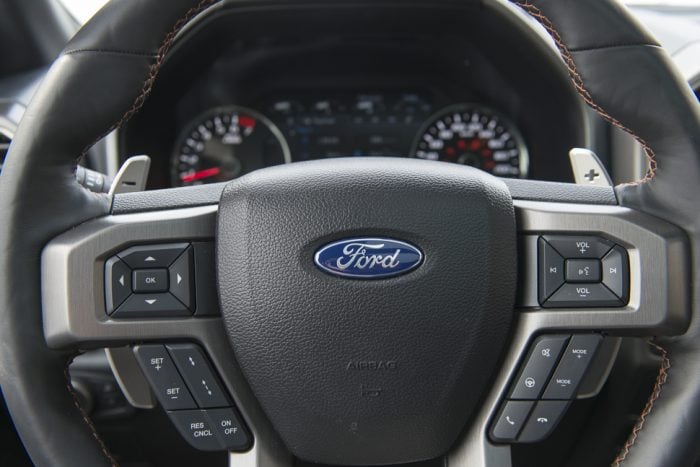 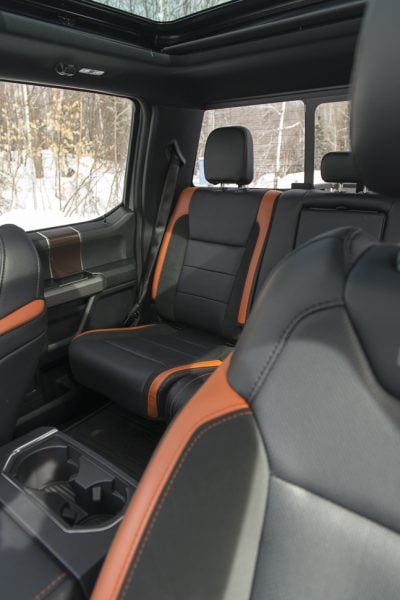 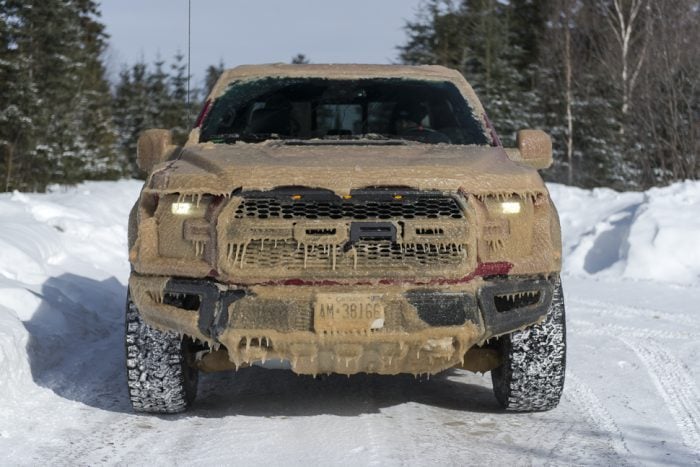 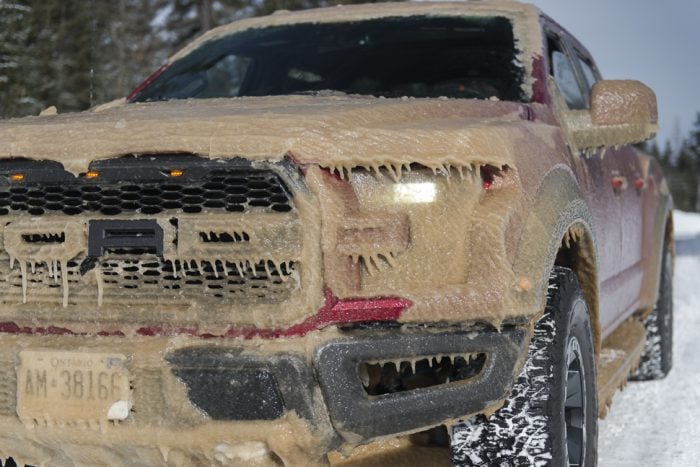