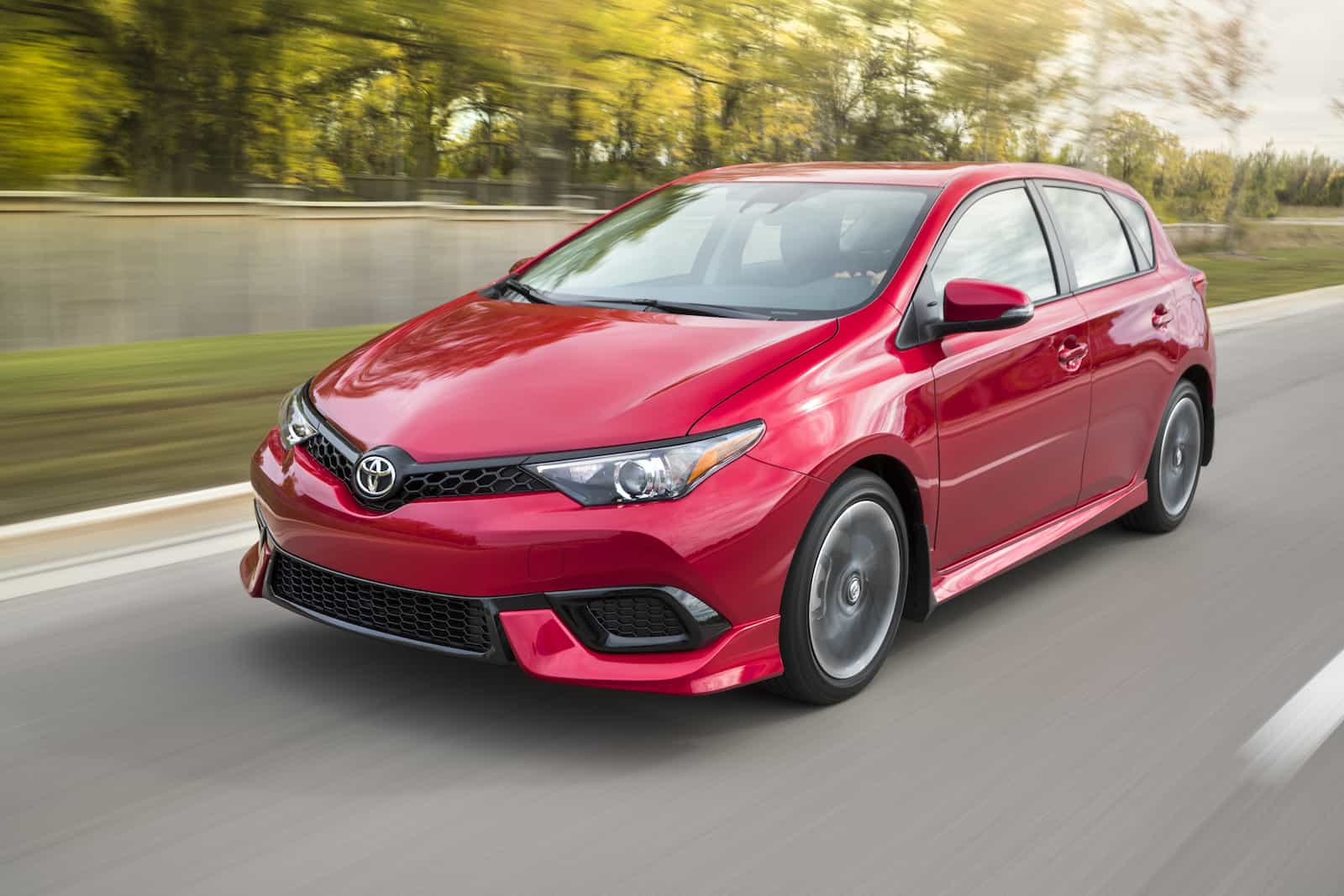 Toyota gets back in the hatchback game with the 2017 Corolla iM. But does this former Scion compare to the outgoing Matrix?

It’s rare for a car maker as successful as Toyota to make marketing mistakes, but the recent discontinuation of its Scion brand proves that it does happen. Toyota introduced that nameplate in the U.S. in 2003,  in an effort to appeal to younger people whom the company assumed wanted cooler cars than the ones available in its main line.

The Switch: Scion to Toyota

Ultimately, it didn’t work, even with a 2010 expansion into the Canadian market. Scion closed up shop in 2016, keeping a handful of its more mainstream models to be sold as Toyotas. One of them is the 2017 Corolla iM, an all-new hatchback variant of the ubiquitous Corolla that started its life barely more than a year ago as the Scion iM. A five-door Corolla is hardly unprecedented: the most recent was the Matrix, a mechanical clone of the Corolla whose popularity kept it around for more than a decade. But the Corolla iM seemed like an afterthought when it was introduced following Scion’s folding, a notion reinforced by a couple of weeks behind its wheel.

The iM looks good, with taut body lines that wrap nicely around 17-inch wheels. It appears smaller than a Corolla sedan, and that’s no styling trickery: this new hatch rides on a wheelbase 100 mm shorter (it’s 320 mm shorter tip to tail, and nominally narrower as well), which takes a serious chunk out of rear seat space. It feels tighter up front too, where the driving position favours shorter drivers, or at least those with short legs. On the plus side, Toyota says the iM boasts nearly 600 litres of cargo space — much more than the sedan’s 369.

Thoughtful interior touches include bottle holders built into the rear door handles. Dual zone automatic air conditioning is standard in the iM’s single trim (it’s become common in compacts) and we like the straightforward climate controls, but the dials for the seat heaters are inside the cubby at the base of the centre stack, a less-than-convenient spot for something that will be used nearly every day in winter time. A small rear window hampers visibility behind the car, but we appreciated the simple mechanism for lowering the rear-seat headrests out of the way to mitigate that issue; this also doesn’t interfere with folding the seat down for extra cargo space.

For all of our reservations about the iM’s interior, we were impressed by the fit-and-finish: the steering wheel and shifter get leather trim, and the dash is dressed up with some gloss black bits and a contrasting white soft-touch piece that runs from the centre stack out to the passenger side of the cabin.

Under the Hood: 1.8L engine

The iM’s 1.8L engine (shared with the Corolla sedan) is all there is, meaning your only choice as to what’s under the hood is between a six-speed manual or continuously variable automatic transmission (CVT). Our tester had the automatic, and while we’ve found it to be a fine fit in the sedan, it provides a joyless driving experience in the iM that’s at odds with the edgier personality promised by the car’s styling. Acceleration generates a droning engine note, a behaviour most other automakers have engineered out of their CVTs. A sport drive mode shifts the transmission through pre-set ratios in more aggressive acceleration, which we found made for a more interesting drive experience overall. Sport mode’s more immediate throttle response is a better fit with the iM’s firm ride, which is good in a car targeted at younger drivers, but not necessarily in one labeled a Corolla. Standard safety items include pre-collision and lane departure alert systems and automatic high beams, all of which rely on a set of cameras that look forward from the top of the windshield. We never needed these features, but the system did warn us they were unavailable on one drive because of compromised visibility. Oddly, the windshield was spotless at the time. These features can be useful, but camera-based safety systems like Toyota’s and Subaru’s EyeSight need a clear view forward: if you can’t see well, neither can they.

That the Corolla iM comes in a single trim loaded with convenience items is a carry-over from this car’s origin as a Scion: that brand’s calling card was a range of models that came standard with stuff that was optional in comparable Toyota cars. We thought the iM’s $22,540 CDN base price ($23,375 CDN with the automatic transmission) was fair enough, but we wished passive keyless entry was part of the package. It’s also curious the Corolla sedan comes standard with active safety kit like radar cruise control, lane departure prevention and pedestrian detection that’s not even mentioned in the iM’s specs. Put those missing items together with the iM’s less accommodating interior and unexciting powertrain, and we find ourselves missing the old Matrix. It was no thrill ride itself, but its upright shape made for a roomier cabin, and an optional engine upgrade made it a little more fun to drive. We’re happy to see Toyota get back in the hatchback game, but the iM feels like a half-baked attempt not worthy of the Corolla name. 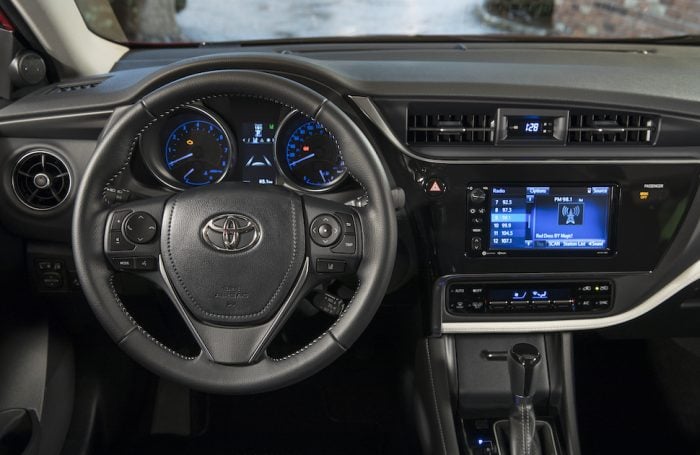 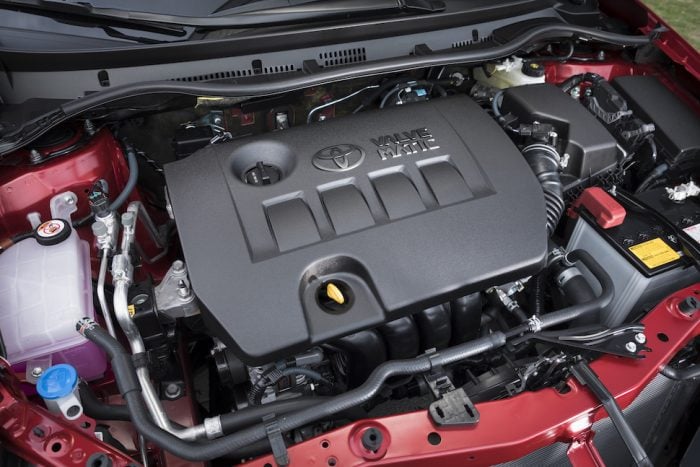 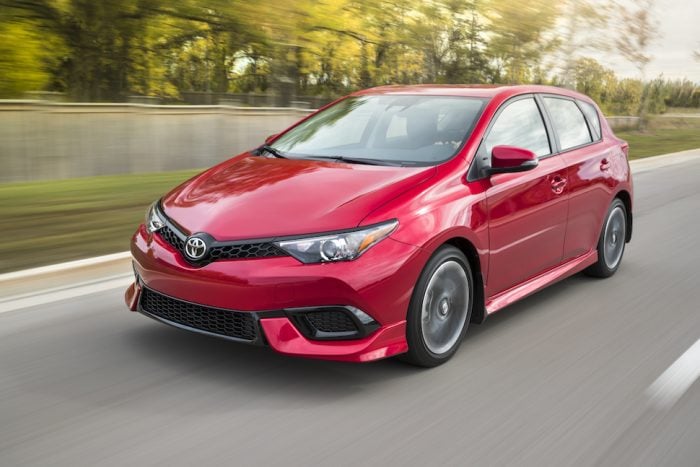 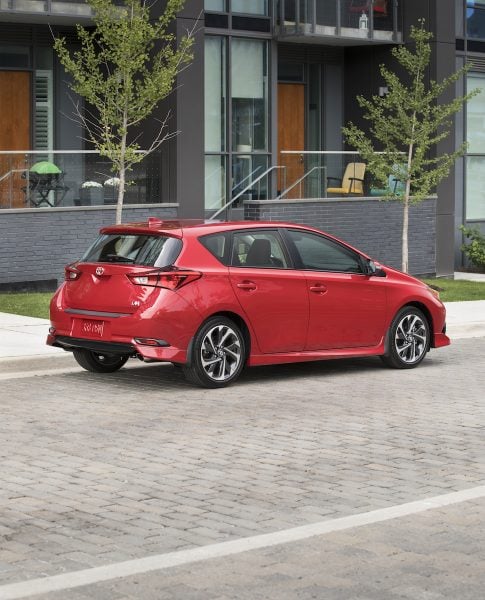 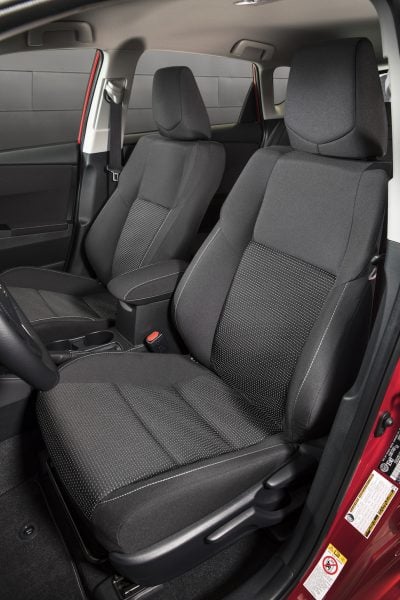 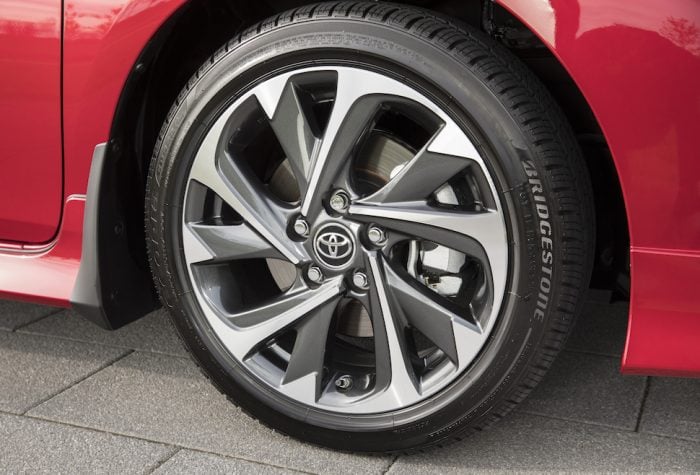 We like the new RAV4’s more substantial appearance, but that look hints at a driving character that’s less refined than the outgoing model.
Read more
Toyota