After eight years away, the Ranger nameplate returned to Ford’s pickup line with the 2019 model year. The latest Ranger is a midsize truck, available in two or four-door configurations, designed to take on rivals such as the segment-leading Toyota Tacoma, the GM twins of Chevrolet Colorado / GMC Canyon and the Nissan Frontier.

The US-built Ranger isn’t all-new, however. This generation was originally engineered in Australia for international markets, where it’s been sold since 2011. Ford spent several years reworking it for North America, enabling it to test the market without going to the considerably more expensive lengths of designing a new pickup from the ground up.

We did review the new Ranger in late 2018 before it hit the market, you can read that review here.

Our test vehicle was a Ranger Lariat, which sits above XL and XLT in a simple three-model range in both Canada and the US. There are two-door Super Cab (with a 6ft box) or four-door Super Crew (5ft box) versions, but the Lariat grade is four-door only in Canada.

Related: Our guide to all the new mid-size trucks out now

The Ranger gets reworked front-end styling for its North American reintroduction, featuring a prominent grille flanked by slim light clusters (LEDs on the Lariat). Like the grille above it, a horizontal split across the front of the truck provides a stylistic link with the larger F-150. The combined effect improves the look over the Ranger sold in other markets, in our view.

Behind the lower section is a full-steel bumper, with the same at the rear – another change specific to North America. An aluminum hood, tailgate and fenders help to offset some of the extra weight.

The Lariat comes with a Sport appearance package that adds exterior trim in a colour called Magnetic, a gunmetal-like shade of metallic dark grey, including to the 17in alloy wheels. It complemented the test truck’s Saber paint, an orange-bronze metallic.

Ford also hooked up with Yakima to offer even more adventure-ready upgrades.

Like the exterior, the Ranger’s interior has also been upgraded to meet the expectations of customers in North America. The Lariat comes with a 10-speaker Bang & Olufsen sound system and Ford’s familiar Sync 3 touchscreen interface (lower grades get an older version of Sync). The instrument panel is ergonomically sound but no design classic, and there’s a definite feel of an older design that’s been tweaked for a new life.

Leather trimmed seats and steering wheel are standard on the Lariat. The seats are also heated and power-adjustable. Ford calls them ‘buckets’, but you won’t find these comfortable chairs in a race car.

We didn’t have any issues with passenger space in this four-door version, front or rear, but  there’s no space for cargo storage inside if you’re carrying passengers. If you use the Ranger every day, the groceries will be going in the box. Unfortunately, in the absence of an obvious step, it wasn’t straightforward to get up into the box once the tailgate was down.

The bed of our test vehicle was spray-lined at an extra cost of C$600 (US$495), which would seem like a sensible investment. Even at 5ft in length, it still accommodated four assembled mountain bikes at a pinch; fine for a day out, but you might need an additional rack if you’re planning a longer trip with luggage as well.

The Lariat and XLT grades have Ford’s Co-Pilot360 driver-assistance systems to help keep you safe on the way to your outdoor adventure. The suite is optional on the XL, which still gets automatic emergency braking as standard.

A 2.3-liter EcoBoost engine and 10-speed automatic transmission are standard on all North American Rangers and familiar from other Ford applications. Ford claims a best-in-class torque rating of 310 lb-ft. and 270 hp from the four-cylinder turbo. We enjoyed its pulling power, quietness in the cruise and the excellent calibration with the 10-speed ’box, which never felt like it was hunting for the right ratio.

Around town, the electrically assisted steering is a little leisurely but perfectly fine for this type of vehicle. We had no issues with the brakes or with visibility, and the back-up camera, standard on all grades, makes life easier when parking.

Better fuel economy is one reason why non-commercial buyers might opt for the Ranger over an F-150. The official combined figure for the 4×4 Ranger is 10.9L/100km (22mpg), which is yet another claimed best-in-class for a gasoline engine, but our experience of downsized turbo motors suggests that owners may struggle to match the official number in real-world use.

Unlike on the Colorado and Canyon, there’s no diesel option, although Ford does sell a diesel Ranger in overseas markets.

On the road, the powertrain’s smoothness is unfortunately not matched by the ride quality. At speed, the truck struggles to settle down on anything but a perfectly smooth surface yet there’s a spongey feel, too. It’s a long way from one potential, albeit left-field rival, the car-like Honda Ridgeline.

The Ranger’s suspension was extensively reengineered for North America with high-strength steel lower control arms, aluminum knuckles and monotube shocks, but for us it didn’t quite come together in the tuning, at least not with the optional FX4 Off-Road Package fitted to the test vehicle (C$1,400/US$1,295).

We weren’t able to test the Ranger off-road, but mud-loving customers could be a big market for the Ranger, where its relatively compact dimensions – 5,355mm (210.8in) long and 1,861mm (73.3in) wide, narrower even than an Explorer – give it an advantage over a full-size truck on narrow trails.

There are electronic aids to keep you mobile, too: a Terrain Management System with four selectable drive modes that automatically calibrates engine responsiveness, gearing and vehicle control systems; and the first application of Ford’s Trail Control software, a neat mix of low-speed cruise control and hill descent control that should enable you to focus solely on steering when the going gets tough.

Around town, the electrically assisted steering is a little leisurely but perfectly fine for this type of vehicle. We had no issues with the brakes or with visibility, and the back-up camera, standard on all grades, makes life easier when parking.

Takeaway: Should you buy the new Ford Ranger?

Ford noted when the Ranger was announced last year that sales in the US midsize pickup market were up 83% since 2014, “as a new generation of midsize truck buyers seeks more maneuverable, fuel-efficient pickups”, so there’s plenty of growth to accommodate newcomers – as GM has proved.

Ford knew that its existing Ranger wouldn’t cut it among discerning North American pickup buyers, nor face up to the unique demands of this market, so it’s worked hard to ensure that the truck is up to the job. The 2019 model makes a good case for itself, thanks in part to its excellent powertrain, but inevitably there are areas both in the interior and on the road where the Ranger can’t quite mask its age. Rivals had better watch out if Ford commits to a ground-up new Ranger for North America.

The 2019 Ranger will be plenty big enough for customers with outdoor hobbies who don’t need the vastness of a modern full-size that won’t fit in a standard garage and can be hard to park in the city. Aftermarket modifiers and off-road enthusiasts will likely take a smaller Ford pickup to the hearts, too.

Whoever they are, prospective buyers will likely buy a Ranger because they really want it, rather than on the back of steep discounts. Unlike with the big-selling F-150, it’s likely that only limited incentives will be offered to tempt buyers into a Ranger – Ford was offering C$2,500 in Canada at the time of writing, or US$500 cash back south of the border – which will bring the F-150 into play for anyone whose needs can be met with a bigger truck.

Hit up our Ranger page here for more news and reviews. 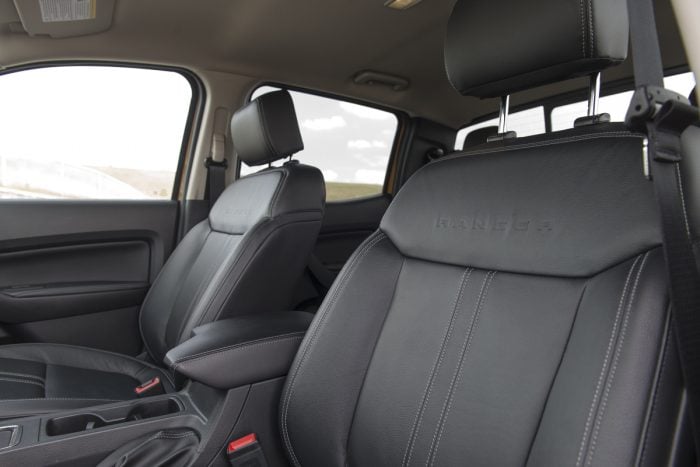 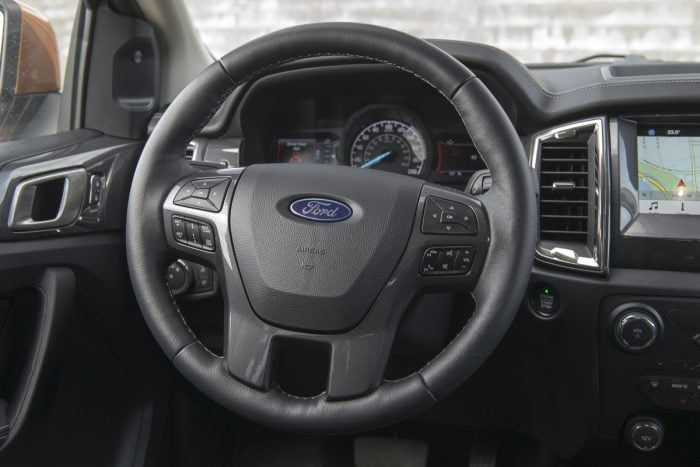 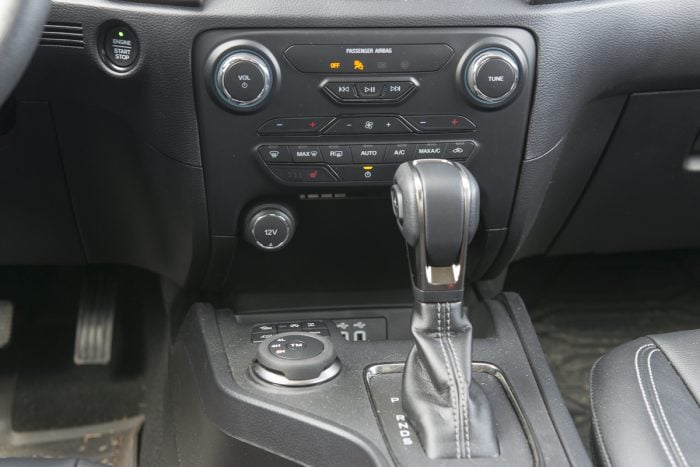 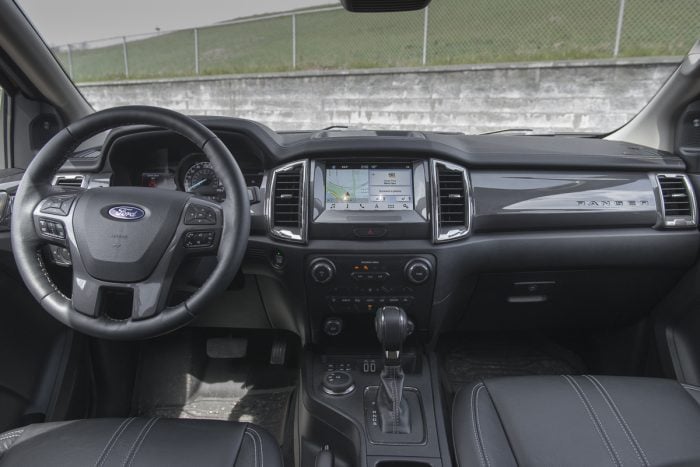 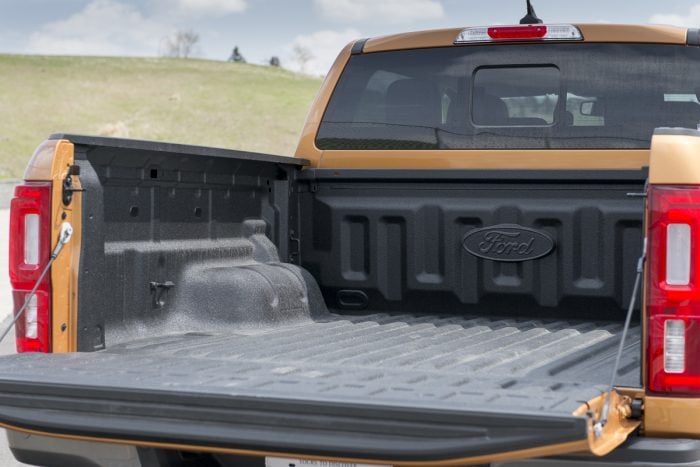 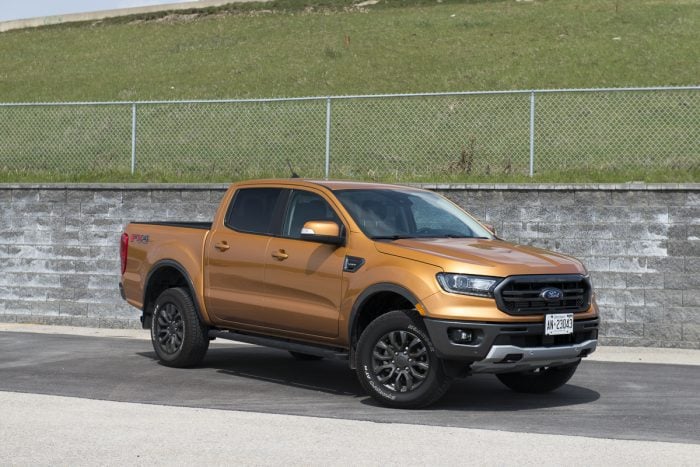 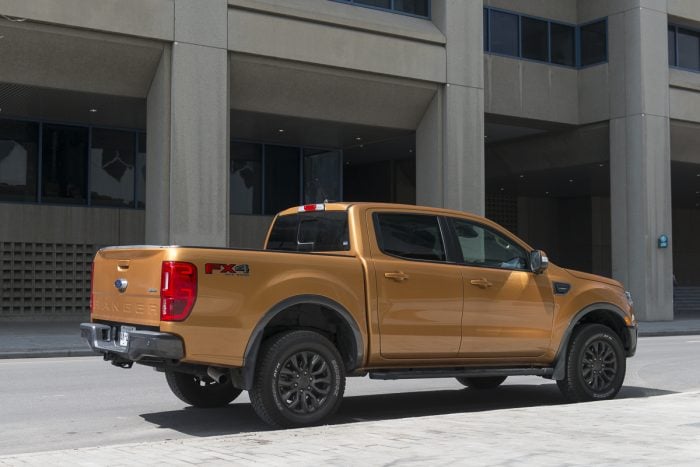 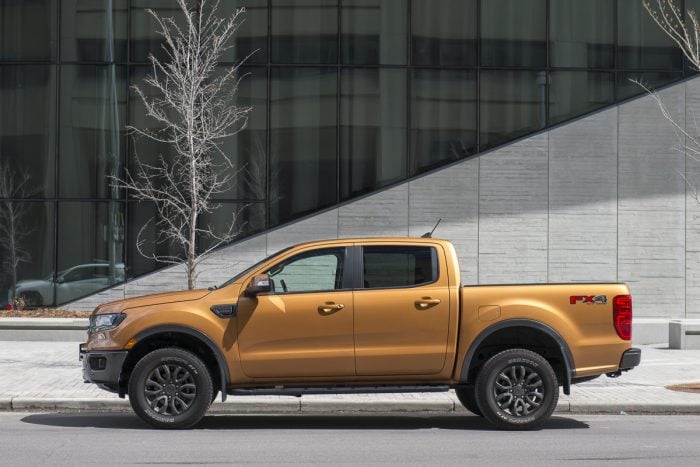