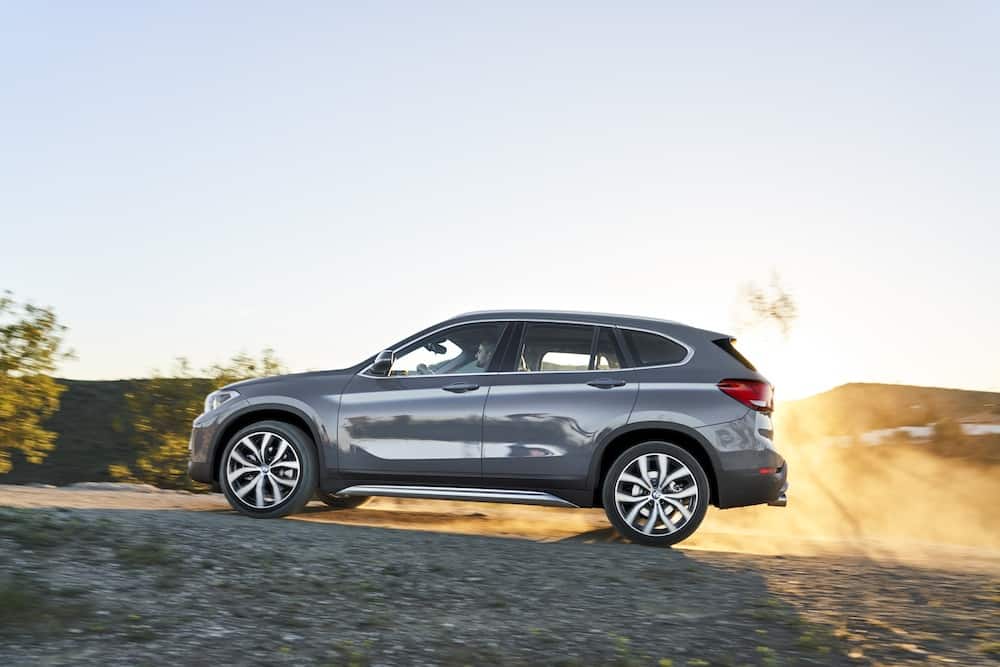 BMW’s subcompact crossover gets a mid-cycle refresh for 2020 with a handful of changes but nothing major. The key updates include some styling tweaks with some new colour and wheel options, and a revised transmission.

The German may have lost its way in the design department recently, but nevertheless, their cars are selling with the X1 as their highest-selling X model in 2018, solidifying it as a leader in the luxury small SUV segment.

According to BMW, the new 2020 X1 is “sporty, cool, safe and classy, sprinkled with fresh design and the latest in connectivity.” Sounds more like an advertisement for cupcakes than crossovers, but we get the point.

Exterior design-wise, the new X1 gets a bigger grille up front paired to new LED headlights and hexagonal running lights, all closing the styling gap with its larger X5 and X7 siblings.

The larger front kidney grille now merges those two piece in the middle — a first for the model in this range.

At the rear, the tailpipes are 20mm larger in diameter, the taillights are tinted next to L-shaped running lamps.

Overall, the small hauler finds more sculpted features compared to the outgoing model, coupled with a small number of crisp and precise lines for a beefier look.

Four new wheel designs and three new colours are added to the mix.

New for 2020 is the added electronic gear shifter and the electric panoramic roof available for the first time on the BMW 1 Series. What isn’t new is the older iDrive 6 multimedia software and the fact that Android Auto still isn’t available alongside Apple CarPlay.

Otherwise, an 8.8-inch touchscreen comes standard while the optional full-colour, 9.2-inch BMW Head-Up Display is another first on the BMW 1 Series.

BMW did manage to open up some space in the subcompact cabin, offering a full 19 mm of extra headroom if the outward-opening sliding panoramic sunroof is specified, along with 13 mm more elbowroom.

Rear cargo goes up by 20 litres to 380 while folding down the rear seat bench increases this to 1,200 litres.

The same 2.0L turbocharged inline-4 as last year powers the 2020 X1, putting down 228-hp and 258 lb. ft or torque. However, the biggest news with the new X1 is arguably the new front-wheel drive setup along with three- and four-cylinder BMW TwinPower Turbo engines.

For the first time outside China, the PHEV X1 arrives with the xDrive25e getting a 9.7kWh battery and 95-bhp electric motor driving the rear wheels, with a 125-bhp petrol powering the fronts.

The xDrive intelligent all-wheel-drive system available for many of the models in the range splits drive torque between the front and rear axles to suit the situation at hand.

The top performer in the X1 range is the xDrive25i, putting down 231-hp paired to the 8-speed Steptronic transmission. It’s not a beastly rocket but can do offer a respectable 0-100 km/h in 6.5-seconds.

The new 3rd-generation 2020 X1 makes its official debut on June 25 to 27, 2019 on the new BMW Group #NEXTGen presentation platform at BMW Welt in Munich. Pricing hasn’t been announced but expect a US$35,000 starting price point, similar to the 2019 model (but don’t quote us on that).

Release date is set for September 28, 2019 for global sales, with official pricing being released closer to this date.