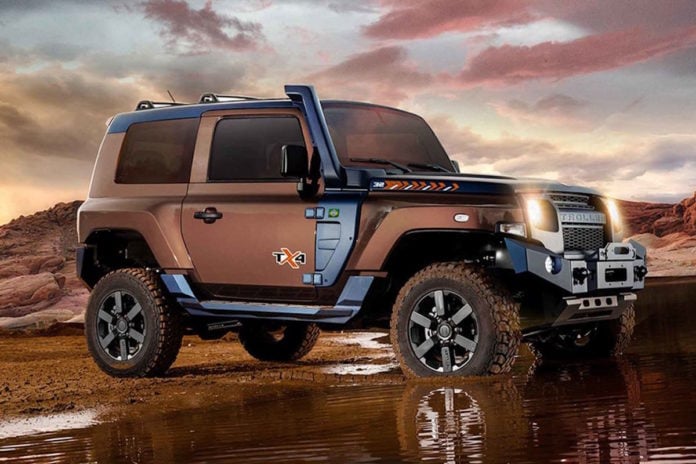 With its sturdy 4×4 stance and boxy looks, you’re forgiven for mistaking the new Troller TX4 for the upcoming Bronco. Based out of Brazil and later bought by Ford, the first Troller we saw was this equally badass T-4 back in 2014. Fast forward six years, and we have the new range-topping 2020 TX4 — a 3.2L turbo engine-powered brute making 200-hp, riding on Pirelli Scorpion MTR 245/70R17 tires. A true body-on-frame off-roader, standard adventure-ready features include a snorkel air intake to take on the swamps, front and rear steel bumpers, and chunky side steps. The flat front grille design with standard LED headlights gives us the new Defender feels, but everything else about the Jeep-baiting TX4 SUV flosses its own personality. If you’re in Brazil, expect to pay about $39,400 for the 2020 TX4 — North Americans? Sorry, no dice. But here’s new Ford Bronco prototype hitting the desert to tide you over.

We review the 2019 CX-5 Signature with the Skyactiv-D motor. Diesels remain a rare, costly alternative to its gas-powered siblings. Is this SUV different?
Read more