Does the new hybrid minivan live up to its sporty aspirations? We reported last year on how the new Toyota Sienna minivan planned to shake up the segment with new styling, a hybrid-only powertrain and reworked interior design and tech. We’ve now spent a week with the ‘sporty’ XSE version to see how the van shapes up in family life.

Note that if you want a maximum-capacity, 8-passenger Sienna, your options are the XE or the XLE FWD. All other trim levels (including XLE AWD) come with second-row captain’s chairs in a 7-passenger configuration.

No one could accuse the fourth-generation Sienna of bland styling. With its Shinkansen (bullet train)-inspired front end treatment and Supra design cues in side-profile, it certainly stands out. I don’t mind it but prefer the cleaner look of the Chrysler Pacifica.

The XSE is pitched as the sporty option in the Sienna range. Exterior highlights are unique front and rear fascia designs, LED headlamps with black accents and 20in alloy wheels (18in on the AWD, for fuel-economy reasons). It looks pretty sharp for a van, but the test car’s Predawn Grey paint didn’t show off the lines in the way that a brighter colour like Blueprint would have done.

Minivans live or die on what’s inside, not on how they look outside, and Toyota has worked hard to improve the Sienna’s usefulness in family life. Beginning in the front, the standout feature is the new ‘Bridge Console’, a high-mounted, wide console that runs from the center of the dash to a large storage bin between the front seats. The console is a useful dumping ground for your paraphernalia and incorporates four cupholders, so you can take care of the kids’ drinks as well as your own. Underneath is a wide storage tray for more gear.

There are no complaints about the seat comfort, driving position or driver’s instrument binnacle, but I thought the HVAC controls were poorly sited. Perhaps in the name of freeing up space for the console, they run in a line of identical flick-switches across the center of the instrument panel. They’re not the easiest to reach or to tell apart, and the labels are hard to read in bright light.

The 9in central screen provides the expected Apple CarPlay and Android Auto connectivity, while a Qi-compatible wireless charging tray is part of the Technology Package. Also included is the digital rear-view mirror seen on the 2021 Venza. It remains problematic in night-time use but is handy for when the same package’s large, rear-seat entertainment screen drops down from roof, obstructing the view rearwards.

The new, long-slide (635mm/25in) second-row seats are a triumph however, providing excellent flexibility to prioritize acres of legroom or maximum cargo space. There are sufficient sockets for the kids’ devices and even the third row of seats gets a USB-C for charging. That third row folds easily but there’s still a generous amount of cargo room with it up, as you’d expect from a van. Good luck finding that in an SUV!

With its switch to the TNGA platform, the 2021 Sienna now has much more mechanically in common with models like the RAV4 and Highlander. That’s nowhere more evident than in the hybrid powertrain that’s standard across the range. It’s based on the familiar, 2.5-litre gasoline engine which combines with the electrified portion for 245 HP.

I’m sure some customers will question the absence of a V6, but this Sienna never felt underpowered. Of more relevance in day-to-day use is surely the much-improved fuel consumption, a claimed 6.5L/100km (36mpg) combined. We were miles from that in the deep-freeze (-25°C/-13°F) conditions of our test week, but prior experience of Toyota hybrids suggests you’ll get close in less extreme weather.

Does the Sienna XSE drive well? Yes. Is it sporty? No. The hybrid powertrain is smooth and efficient, if occasionally noisy, but at no time feels remotely sporting in its power delivery. Meanwhile the steering is accurate but lacks the immediate, confidence-inspiring on-center feel of the Pacifica.

It’s true that the XSE’s ‘sport’ suspension tune and bigger wheels combine for a less floaty ride than is typical for a minivan. That however comes at the expense of less compliance over poor surfaces. Personally, I’d stick with the softer suspension and smaller rims of an XLE or Limited.

The test car came fitted with Pirelli Scorpion Winter tires (235/50 R20). The Pirellis gave good performance under braking, although the hybrid’s pedal needs a good shove to push through the regenerative phase in harder stops. We could have also used the AWD Sienna’s better traction on snow and ice. The Sienna was the only AWD minivan available until Chrysler recently rejoined the party; the Toyota remains the only AWD hybrid option.

The new Toyota Sienna builds on its predecessor’s popularity and will likely win new customers with the hybrid option. Its only hybrid rival, the Pacifica Hybrid, is more expensive and FWD-only. However, as a plug-in, it’s a different type of vehicle, offering much greater electric-only running for a more EV-like experience. I’m not sure that the Sienna can match the Pacifica’s styling flair, inside or out, but it’s unlikely to disappoint in everyday use.

Vans remain unmatched in their ability to offer space, comfort and practicality to family buyers, whatever the SUV marketeers may say. Renewed competition between the 2021 Sienna, refreshed Pacifica and value-focused Grand Caravan/Voyager, popular Honda Odyssey and the just-announced Kia Carnival shows that there’s plenty more life in the segment yet.

Here’s a look at the top minivans on the market today. 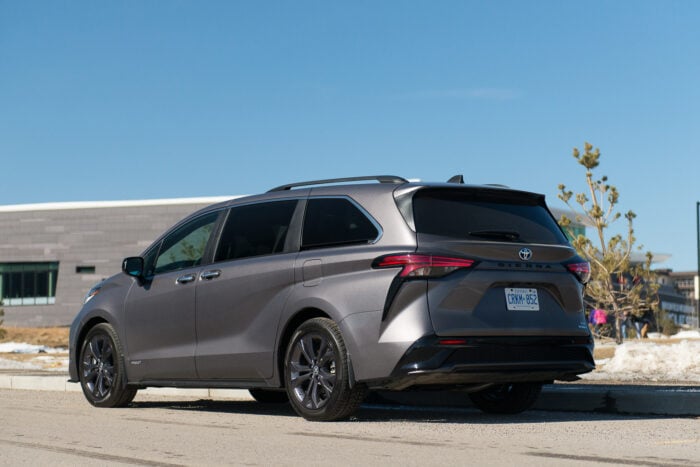 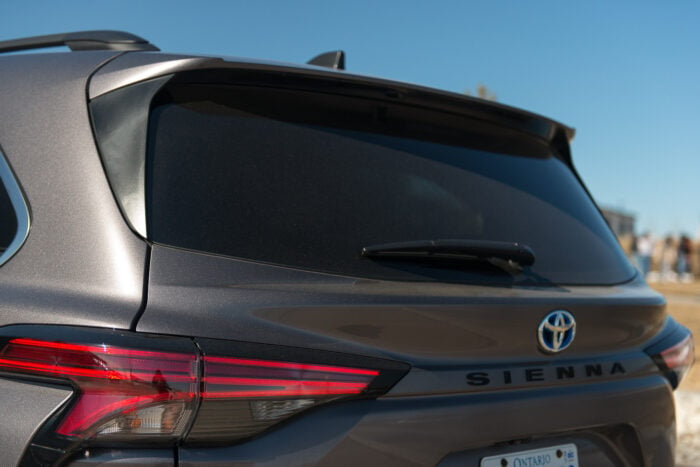 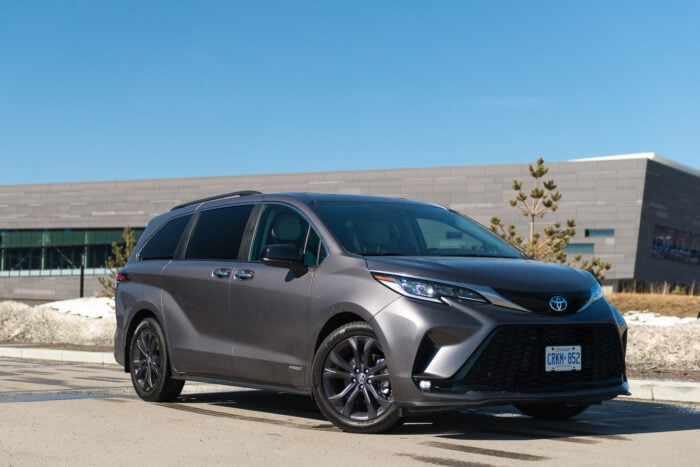 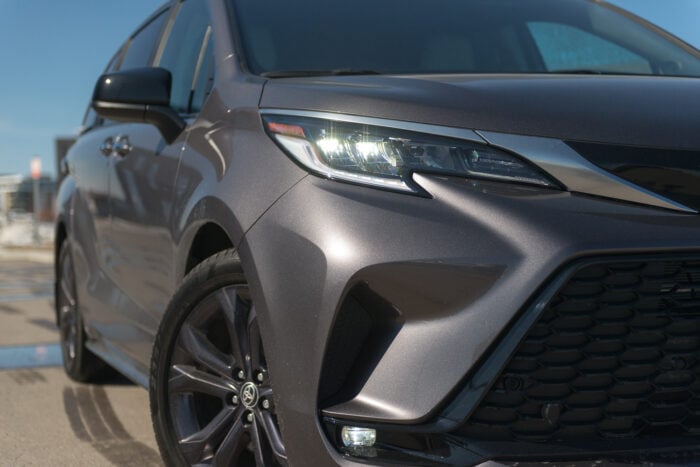 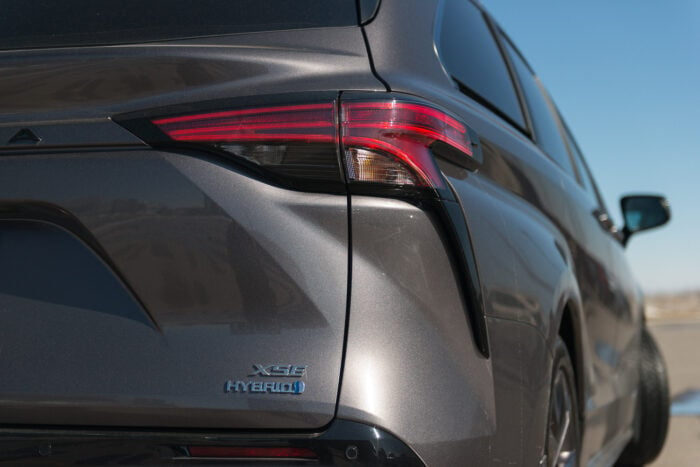 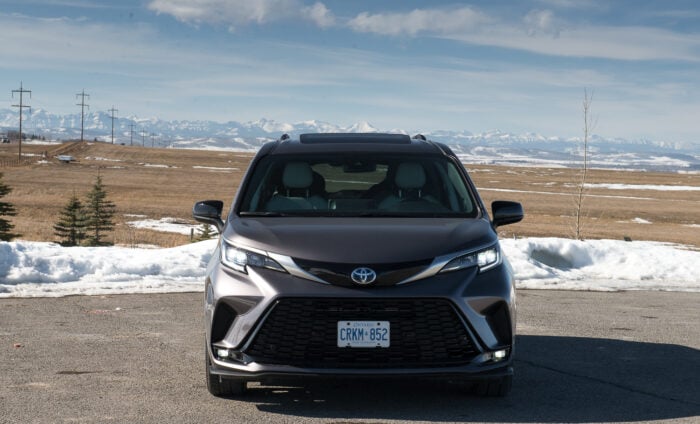 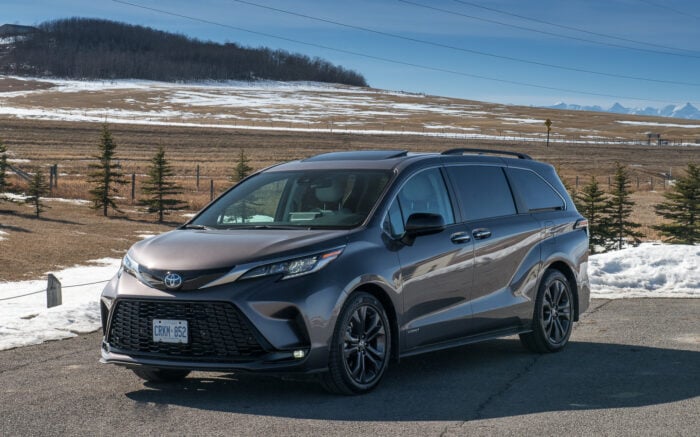 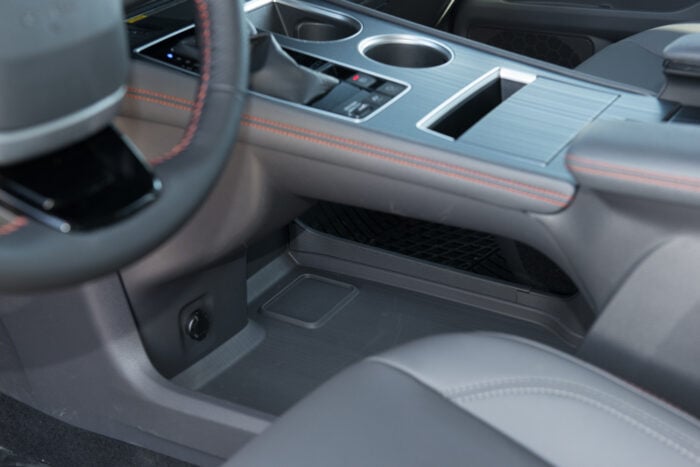 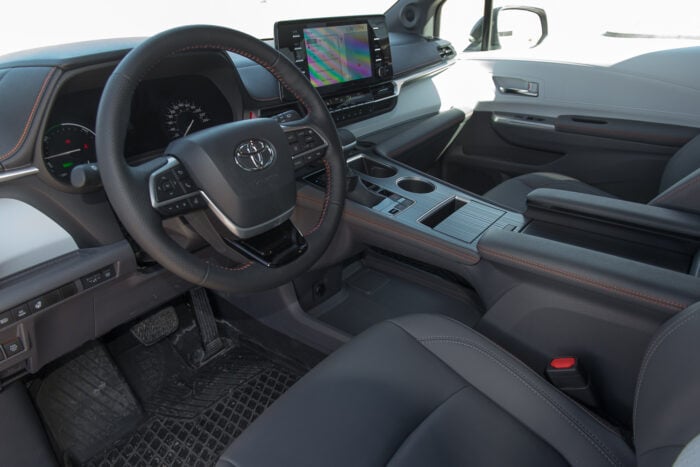 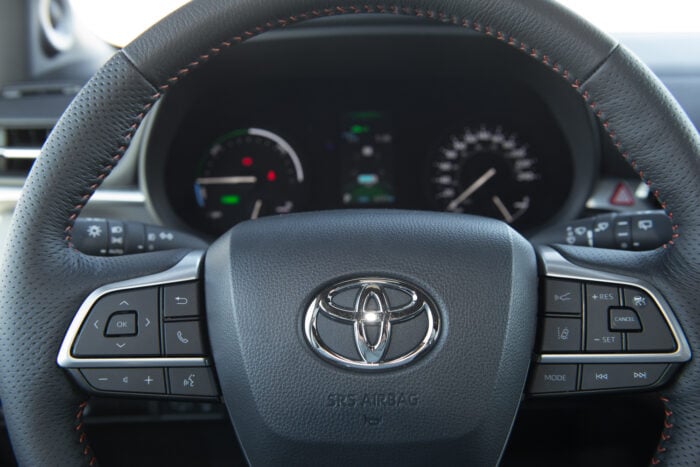 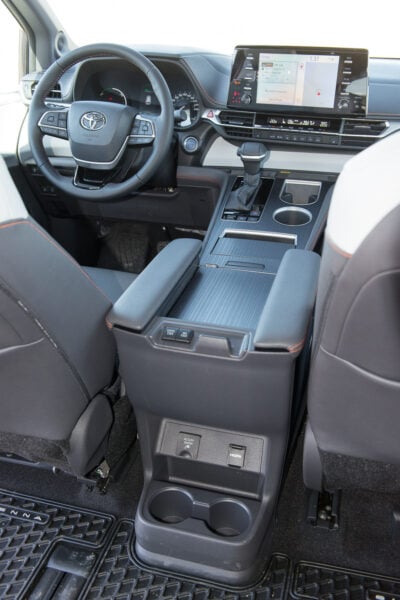 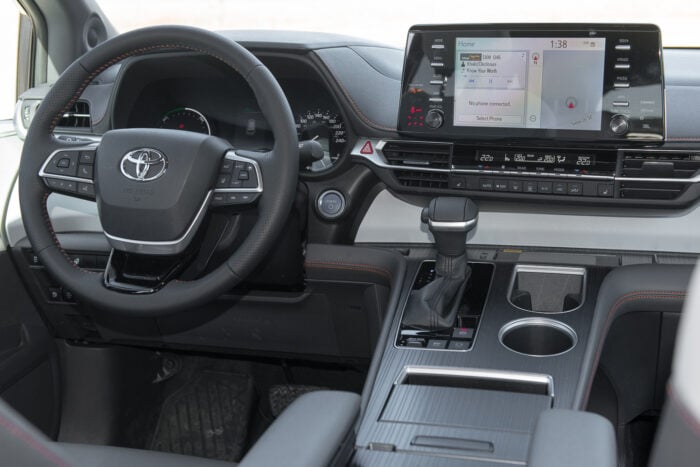 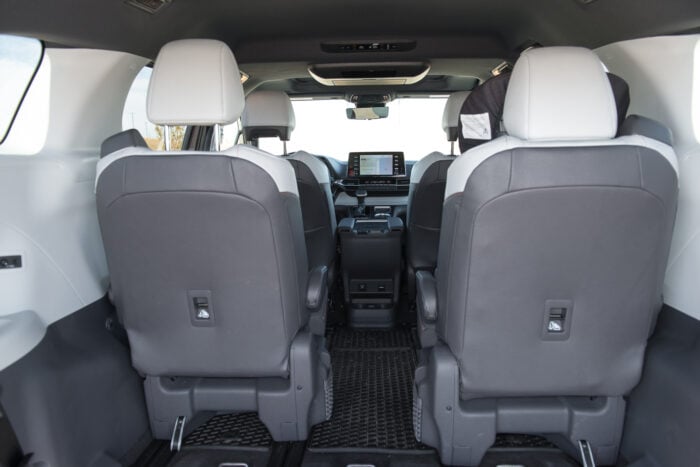 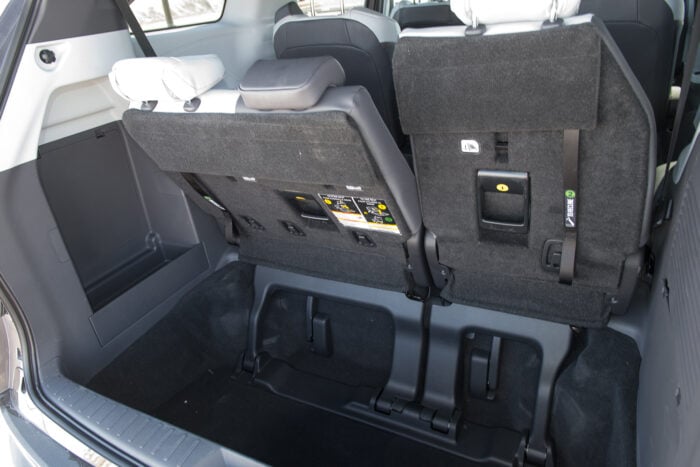 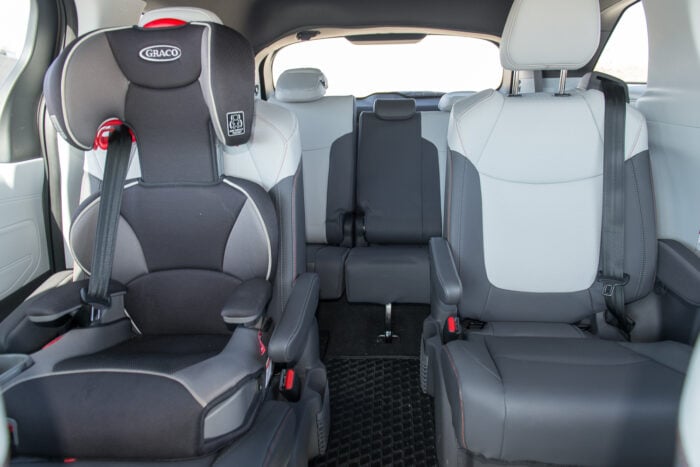 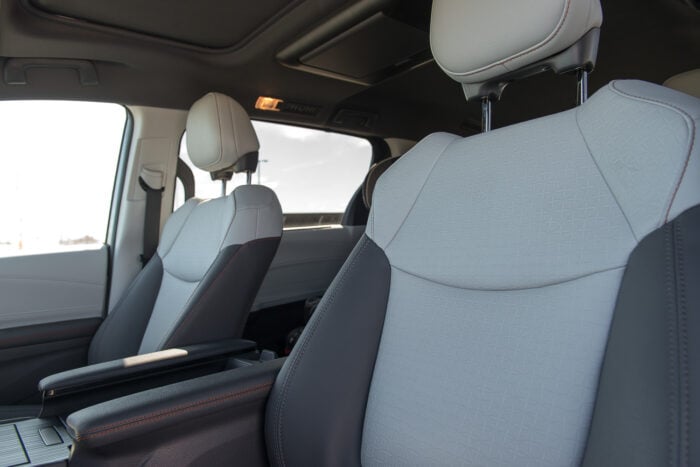