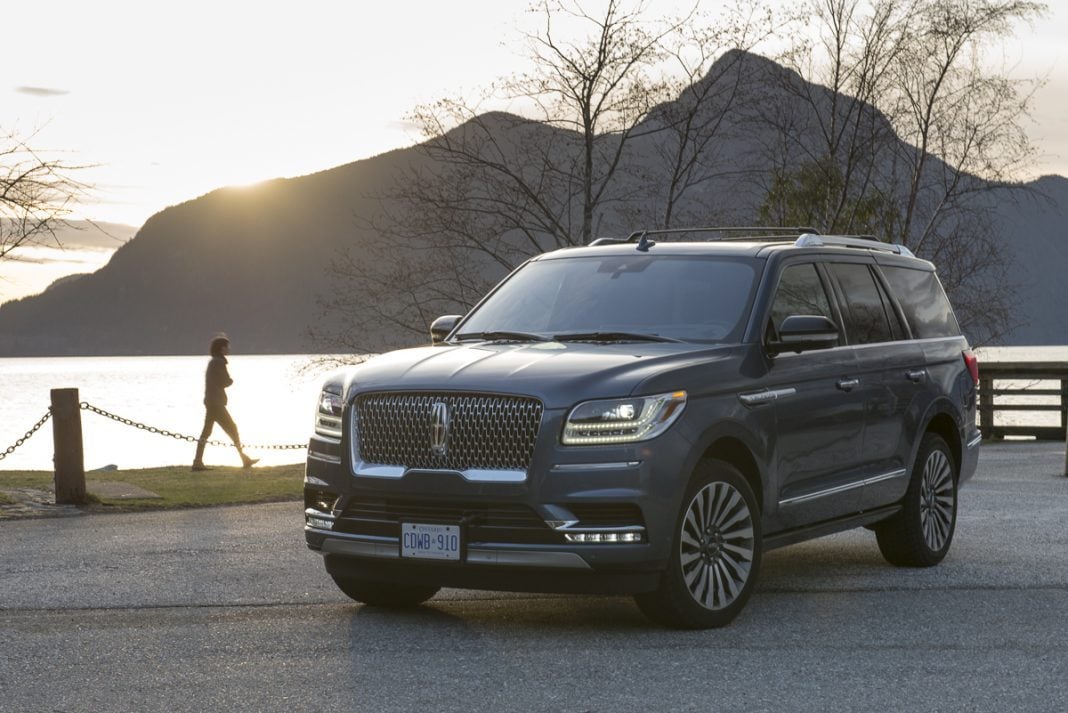 Crossover vehicles and SUVs continue to gain popularity as family transportation thanks to steady improvements in fuel economy and car-like driving characteristics that make these sometimes bulky models easier to drive in the city. Move up to the luxury class and an SUV becomes more of a lifestyle choice, though families with a bit more money to spend will still find plenty of practicality in just as wide a variety of vehicle sizes as their more budget-friendly siblings.

Here are the luxury SUVs we feel are among the best of the 2018 models available now, some of which prove you don’t have to go for the latest designs (such as the selection of 2019 SUVs that are already in showrooms) to get a comfortable and competent upscale utility vehicle. This list is organized by:

BMW’s compact X3 is all-new for 2018, gaining updated styling and, more importantly, a longer wheelbase that improves passenger space. The update also brings a big infotainment screen and an interior that generally feels more expensive than the old X3. There’s no dedicated M version of the X3 as is offered in the larger X5 range, but BMW goes halfway with the M40i model, whose turbocharged six-cylinder engine puts its 355 hp through an M Sport exhaust system. The base model, called the xDrive30i, uses a 248-hp four-cylinder that balances economy with adequate performance.

Editor’s Note: expect the new 2019 Macan to get a hefty facelift

Just like the company’s car models, the compact Porsche Macan SUV comes in a wide range of trims to appeal to as many potential buyers as possible. The starting point is a four-cylinder with 252 hp, while the top trim is the Macan Turbo, powered by a 400-hp V6. It’s hard to argue in favour of the Macan’s value, as Porsche makes you pay extra for a lot of handy tech features, but the Macan is among the best driving SUVs available for any amount of money.

Named for the Stelvio Pass, a mountain road in Italy known for its intense switchbacks, the Alfa Romeo Stelvio is the first SUV model from this Italian brand, and one of the latest to join the lineup since its return to North America a couple of years ago. Base models come with a 2.0L turbocharged four-cylinder but performance fans will prefer the Quadrifoglio’s 2.9L turbo V6 and 505 hp that allow a top speed of 285 km/h.

The latest addition to Land Rover’s extensive family of Range Rover models is the Velar, which packages the Range Rover’s traditional luxury and off-road ability into a sleeker body. Land Rover is now in the minority of SUV makers offering a diesel engine in the wake of VW’s emissions scandal. It’s a four-cylinder with 180 hp, and the step up is to a supercharged gas V6 that makes 380 hp. Cool tech features include a tow assist function that lets you steer the car using the infotainment controller while backing up, so that the car automatically adjusts the steering wheel to put the trailer where you want it.

The big news for this upscale utility for 2018 is the addition of a bigger version, called the RX L, that seats seven people. It rides on the same wheelbase as the regular RX but has a longer body to accommodate a third row of seating. The Lexus RX is not a performance machine, but it is supremely smooth and quiet on the road, a characteristic emphasized in a hybrid version that will drive on electricity alone for short distances if you’re not in a hurry.

This American electric car maker is controversial, mainly because of the lofty promises CEO Elon Musk makes but sometimes can’t deliver on. For all that, Tesla’s cars are impressive performers, including the Model X, the brand’s sole entry in the SUV category. Based on its looks, it’s clear Tesla put its effort into what makes the Model X go: a big battery and electric motors move this utility from 0-100 km/h in as little as 3.1 seconds. Just as cool are the “falcon wing” rear doors that open up instead of out.

The XC90 was the vehicle that started Volvo’s comeback in 2016 (read our full review here), and it continues to serve as a symbol of how this company has turned around with the help of its corporate owner, China’s Geely. Performance is fine with a 2.0L turbo four-cylinder working alone, but a plug-in hybrid (PHEV) model ratchets up the speed potential with 400 hp and 472 lb-ft of torque from that engine working in concert with electric power. One of the neatest options is a shift lever made of Swedish crystal.

Audi redesigned its big Q7 for 2017, and those changes carry over into 2018: this is the first Q7 to offer four-cylinder power in a 2.0L turbo with 252 hp, but the uplevel 3.0L turbo V6 is a better bet in a vehicle of this size with its 333 hp. Still, the four-cylinder holds its own, performance-wise, thanks to a body 300 kg lighter than the previous generation Q7. While this Audi&#039;s third row isn&#039;t the largest in its class, the Q7 is a fine way to move you and a few friends and still have some fun along the way

If you don’t mind looking like you just rolled off the set of a music video, the Cadillac Escalade is a well-done big SUV that’s easy to hate. It has become a veritable symbol of conspicuous consumption, but the Escalade packs a lot of practical luxury into its big body, including comfortable seating for up to seven in your choice of a standard-sized model or a stretched version called the ESV. Performance is impressive for a truck-based vehicle, thanks to a 420-hp V8 matched with a 10-speed transmission. GM’s Magnetic Ride Control suspension makes for good handling, and tech options include a rear camera mirror.

If your kids complain about family road-trips, maybe the all-new 2018 Lincoln Navigator will zip them up – here’s our full review. With wireless charging, standard Wi-Fi, and an ultra-comfortable cabin, Lincoln’s new full-size SUV still retains all its luxury but has taken it to new levels for 2018. Producing 450-hp, the all-new 2018 Navigator finds power via a twin-turbo V6 engine paired to a 10-speed transmission. The Navigator’s lighter, high-strength aluminum-alloy body removes nearly 200 pounds, helping create a more refined ride.

The Atlas is likely the biggest Volkswagen you’ve ever seen: longer, wider and higher than a Touareg, it’s sized properly for what it’s designed to do. VW describes the looks, which evolved from the CrossBlue concept of a few years back as wide, earnest and substantial, but not too aggressive. It’s noticeably less rounded than some of its rivals, with chiseled edges and some nice details in and around the grille and LED lights. The powertrains are tried and tested, too. The Execline comes as standard with the venerable 3.6-liter V6 and 4Motion AWD; a 2-liter TSI that makes almost as much power with 235bhp vs 276bhp and FWD are available elsewhere.

Chris Chasehttps://chrischasescars.com/
Chris has been writing professionally about cars since 2004, in print and online. He lives in Ottawa with his wife and two feline tyrants. In rare quiet moments, he can be found travelling or playing one of his way-too-many guitars. Chris is also a journalist member of the Automobile Journalists Association of Canada (AJAC).
FILED UNDER:
FeaturedNew SUV & Crossovers